Charandas (Paresh Raval) is a senior minister. Auto Kesariya (Shakti Kapoor) is a pimp who supplies Charandas with girls. Auto Kesariya was an auto-driver once. Now he is the owner of a garage. His job is to pick up girls in his auto and "supply" them to Charandas. He kills people who come in his way and buries them in his garage or sends them to a hospital which belongs to his Boss.

Auto Kesariya picks up a girl one day. She dies but refuses to surrender to his lust. He buries her in his garage. The girl's brother, Rajan, reports to the police but the corrupt inspector Madan Lal (Tej Sapru) refuses to listen to him. He is on the pay roll of Charandas.

ACP Arjun, a dashing honest and upright man comes to know of Charandas' nefarious and notorious activities. Charandas murders a social worker. Arjun wants to arrest him but the Police Commissioner who is in league with Charandas suspends Arjun. Soon Arjun meet Geeta (Madhoo) a crusading journalist. She, too, carries on a crusade against Charandas. His (Charandas) men attack Geeta. Arjun saves her. They fall in love. They are about to get married. On the day of their marriage Geeta vanishes from her room.

Arjun suspects Charandas. He reaches the house of Charandas to kill him. The Police Commissioner arrives and arrests Arjun. In jail he learns that Geeta had betrayed him.

Rajan goes to the police station to inquire about his missing sister. Kesariya stops him, beats up Rajan and soon Rajan is found missing. Kesariya sends him to his infamous hospital. Rajan's wife (Vaishnavi) knocks at the doors of Justice. The court asks the police to find her missing husband within six weeks.

The Inspector General of Police (Alok Nath) tells the Governor that this difficult job can only be done by Arjun who is in jail. Arjun is released and is back on duty with double the fire. He reaches Rajan's house and interrogates his wife Komal. He comes to know that Inspector Madan Lal is one of the evil men. He catches Madan Lal. He asks him about Kesariya. Madan Lal tells him everything. Arjun attacks Kesariya's garage and pulls it down with a bull-dozer. He finds skeletons all over the place. Auto Kesariya vanishes.

Ganga (Rekha Govil), the wife of Charandas is sick of her husband's evil deeds. She asks her husband to surrender to the police. He agrees but before he can walk out of his house he and his wife are killed by Devdas (lshrat Ali) their servant who in fact is planted in the house by The Boss.

At that instant, fugitive Kesariya enters the house for shelter. He's shocked to see the minister & his wife dead fights with Devdas - Arjun enters Devdas fires at Kesariya & runs away. Arjun takes Kesariya to hospital, where he traps the corrupt doctor (who works for Boss) who tried to kill Kesariya. Arjun learns from the Doctor, that the Boss is one Dr.

Amir Khurana (Aditya) who runs a very big hospital there. He is the biggest supplier of human organs and keeps his donor patients in an anclusive coma room.

Arjun reaches Madras to confront Dr. Khurana. He is shocked to see Gaeta (Madhoo) in a totally difficult get up with Dr. Khurana. He meets Gaeta who tells her everything about what had happened in the past, how Kesariya had taken her away on the day of their marriage, how Dr. Khurana and Charandas had outraged her modesty and how she had escaped with the help of a nurse. She also tells him how she had disguised herself and become a friend of Dr. Khurana to take revenge on him.

Does Geeta take her revenge ?

Does Arjun destroy the evil empire of Dr. Amir Khurana ?

Do Arjun and Geeta unite ? 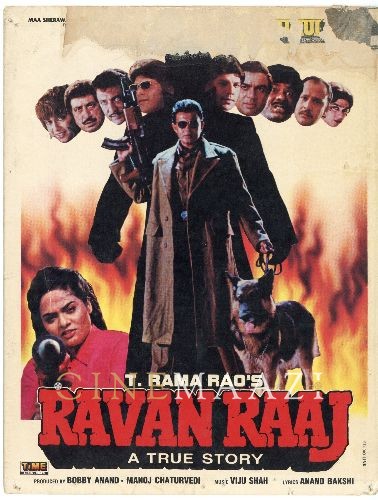