Kishunsah is a self-respecting wise old man who decides to divide his property among his family the moment he suspects that all is not well between his sons and daughter-in-law.

As the father is the only property which any brother would happily leave for the other brothers, Kishunsah too is very generously donated to the youngest son Ramsharan.

Ramsharan is very enthusiastic about giving his father a respectable retirement, but at the same time, he is vulnerable to his wife's manipulative influences.

Ramsharan's wife is a woman of strange colours. When Ramsharan tells her to give his father a litre of milk everyday so as to maintain his vulnerable health, she convinces him that one litre of milk is the diet of a wrestler and if given to the old man, it would upset his stomach.

She follows the rulebook strictly. She does not care even if the old man dies of starvation, but she will not serve him "Makka ki Roti" when he is suffering from dysentery.

He has three grandsons- Nanulal, Chunma and Munma who with their behaviour and pranks fill the old man's life with hope, joy and sometimes sadness.

Madhobhagat is a wise man who has been life in all its colours, always boosting Kishunsah's morale whenever he feels low. He convinces him that a 'Vow of Silence' will solve many of his problems and he would come to see him on the third day of his observing a vow of silence, but never returns. This is a turning point in Kishunsah's life.

After the division in the family, Kishunsah settles down with his youngest son, but his tranquil life comes to an end sooner than expected. He too has to face the rewards of old age-the ignorance, the insults. He has no value now. One day he is thrown into a junk-yard room to live. He feels completely detached from the family and decides to snap all his relations, emotions and renounce the world forever.

Can he do it? Is it possible to suppress your values and kill your emotions...? 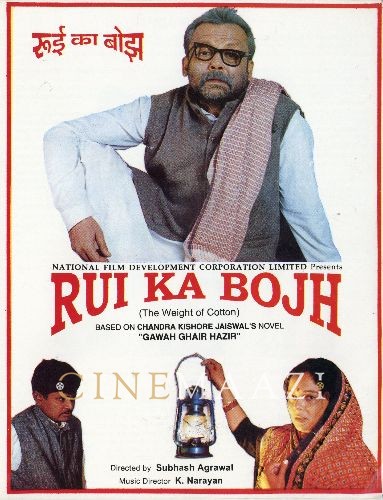