HITTEN is a frustrated young man with a kind of madness which sometimes resulted in criminal tendencies. His deceased father has left him a large estate which can be Hitten's if he marries Kamini—the young and beautiful daughter of a friend of Hitten's father; or after the death of his uncle who is his legal guardian. Kamini refuses to marry him as she knows of his madness.

Kamini and her young step mother Manisha are returning to Dehra Dun from Allahabhad after a court case between the two over the property of Kamini's father.

Kamini expresses her acute dislike for her stepmother as she suspects her of having killed her father. She foolishly mentions her desire to get rid of her in her diary which Hitten, who is also a fellow traveller, manages to pocket without her knowledge.

Later Kamini sees her step mother murdered in her compartment and runs for help. She is intercepted by Hitten who threatens her to hand her over to the police on the strength of her diary unless she agrees to marry him. Robin, a young man, son and grandson of a renowned police officer, who is also travelling by the same train, comes across Kanu, Kamini's younger brother, in the confusion that follows after the murder. He takes him to a nearby police station and gives the details of the incident to a police officer and himself takes charge of the boy till he is required by the law.

On reaching home, he hears a girl shriek in the street. He rushes to the spot and rescues her from some ruffians. She signs her brother not to recognise her and thus keeps Robin in the dark about her identity. Robin also gives her shelter in his house.

The authorities, in the meanwhile, announce a reward for the arrest of Kamini and by the time Robin discovers her identity, he is desperately in love with her. But his traditional sense of duty triumphs over his love and he goes to report to the police station. In the meanwhile, Hitten finds her out and forces her to leave Robin's house. Once in his clutches, he again begs of her to marry him but on her refusal, offers an alternative asking her to do away with his uncle so that he can get hold of his property. Does she accept his suggestion? How does Robin react to Kamini's disappearance? Does he believe her to be guilty of murder?

See this thrilling episode on the silver screen.

(From the official press bookleT) 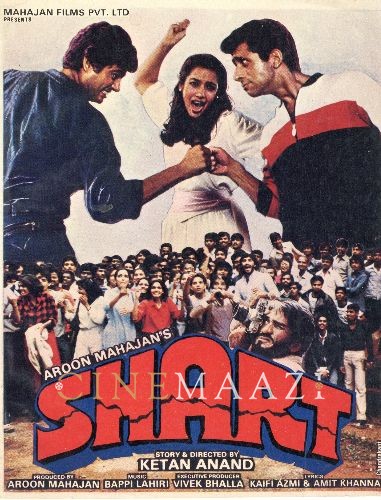