Alternate title: Some People....at Some Moments

Ganga (Lakshmi), a college student from an orthodox Brahmin family, has a sexual encounter with a stranger, who offers her a lift in his car on a rainy day. The adolescent reaches home dazed with the experience and when questioned by her mother (Sundari Bai), she confesses. When her mother makes a hue and cry, all the neighbors and relatives come to know of it.

Her brother, the breadwinner of the family, accuses her and throws her out of the house. At that juncture, Ganga's maternal uncle Vengu (Y.G. Parthasarathy), on a request from Ganga's mother, offers to take Ganga with him to Trichy and educate her there. Years roll by. She graduates, takes up a job in Chennai, and lives independently. Taking advantage of her blemished status, even her uncle Vengu, who was once her guardian, tries to molest her several times, so Ganga is forced to make her mother stay with her to protect herself from his advances.

R.K. Viswanatha Sarma, also known as RKV (Nagesh), who witnessed Ganga getting into the car on a rainy day years ago, uses his imagination to write a story in a leading magazine, in which the protagonist is raped by a stranger. When the girl comes home, her mother hides the truth, gives her a bath and the girl leads a normal life. When Ganga reads the story, she recommends it to her mother, which makes her mother feel guilty about the unnecessary ruckus she had created.

Though Ganga is successful at her workplace, she is withdrawn and aloof in her life. When she spurns his advances, her uncle Vengu challenges her to trace the stranger who ruined her life and live with him if she has the talent and guts. Taking his challenge seriously, she takes RKV's help, traces Prabhu (Srikanth) who had offered her a lift on that fateful rainy day and meets him. Prabhu is a married man with a dominating wife and grown-up children. Initially, he does not recognize her as it was a one night stand. When he recollects that experience, he feels sad that she is still not settled in life. He explains that he had thought she was a consenting partner and not realized that he was imposing himself on her. Their subsequent meetings result in a good friendship; they meet regularly and spend time together. The new relationship is not acceptable to both families and as requested by Ganga's brother, Prabhu advises her to marry and settle down, then leaves her home and life forever. Ganga does not accept his stand and pleads with him to marry her, but when he refuses, she chooses to live alone with Prabhu's memories. 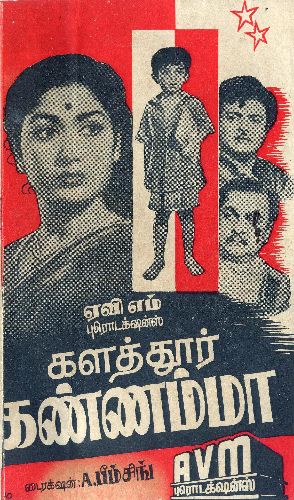