"D.......d be your Western Fashions", roared Ram Prasad at the top of his voice, "for God's sake lead a simple life, ye mothers and sisters !".

This advice of Ram Prasad upset the audience and the ladies particularly were all rage. There was naturally pandemonium and the meeting terminated in a fiasco. Seeing the fair sex become wild, the henpecked husbands hurled an attack on poor Ram Prasad who became unconscious and.....

Woman! Who said, "woman was weak?" Woman, if she makes up her mind, can even change the order of things, and for once women took into their heads to flout the supremacy of man and establish ZenanaSirkar! To bring about this revolution and effect a complete change in the mentality of the male sex, women threatened to fast unto death, and lo! The man at once gave in !! The women became supreme and men took the place of women. The ZenanaSirkar thus began to function.

Thus there was woman, woman, and woman everywhere. Military, Police, Railways, Docks and all such occupations made the woman manly and womanised the man! To keep the man subjugated, the ZenanaSirkar, amongst other things, even resorted to some funny legislation, passing laws flouting the course of Nature and thus trying its utmost to run the machinery of Government. Nature was however too obdurate to tolerate any such infringement of its laws and women's activities in every sphere suffered hindrance. The women still persisted with the inevitable result that the whole administration was on the verge of a miserable breakdown.

This practical experience opened the eyes of some shrewd girls and they, led by Veena, decided to revert to the old order of things. The male element at once came forward to help this fair hand of revolutionaries to avert the impending disaster

How this revolution was brought about and the problem solved to the satisfaction of both the sexes, must be seen on the Silver Screen. 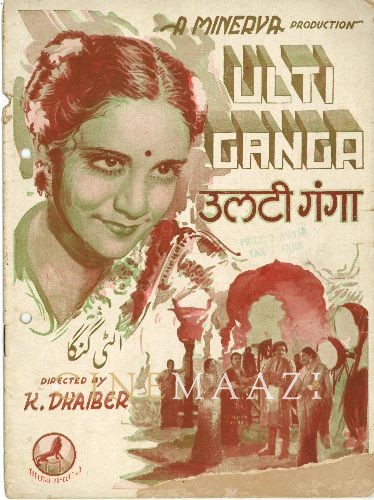