O, Mother! Let you give birth only to a devotee, a donator or a daring roaring Lion;

But for heaven's sake remain a barren woman, rather than giving birth to a scorpion.

For any parents, the accomplishment of ambition neither lies in having one's own nor else's children, but the real contentment of reaching the goal of life is achieved by breeding the children with proper education and implementing in them the noble ideals and cultural heritage.

Five years had faded away to the wedding of Asha and Deepak, yet they had no child. Sakarba was anxious to bring another bride for her son, but Asha and Deepak had adopted Sunder the one and the only son of penniless widow maidservant Lakshmi who was also aided financially for education.

In her blind passion to be blessed with motherhood, Asha fell an easy victim to Daahi and Vashram the tricksters and black-magicians at whose misguidance she attempted to cauterize a stolen child, but at the nick of the moment, the mother in her revolted and held back from committing the sin. On being rudely punished by her mother-in-law Asha attempted to commit suicide when wicked witch-doctor Vashram molested her, but Asha fought like a wild tigress...and swooned. At the hospital to the pleasant surprise of all, Asha was blessed with a bonny son, after a minor operation.

Overwhelmed with joy Sakarba treated the entire village to dinner. Expenses crossed all limits. Soon in leaps and bounds went up the number of children on one side, and debts on the other. Financially crushed Asha, Deepak, and Sakarba had to leave the village. Day and night struggling for existence they could not educate and rear the children properly. The eldest son Raju absconded from the house and joined a notorious gang of gamblers and smugglers. One turned lame and another a beggar, and the youngest accidentally got burnt in a hay-stack...father Deepak turned insane while Raju's beautiful young sister Roopa was enticed away to the golden trap of gangsters, where sister and brother clashed in surprising circumstances... both escaped... with hungry wolves of the gang charged behind them!

On the other side, well educated at the town, Laksmi's son Sunder was now a full-fledged doctor, under whose treatment came her foster mother Asha who had almost turned into a speechless corpse tortured by the diverse game of destiny. Doctor's real mother Lakshmi and foster mother Asha were reunited, with two striking contrasts of children before them remarkably showing the miracle of education.

But could the insane Deepak be cured? Did Asha get a new life? Could Raju and Roopa survive from the blood-thirsty clutches of the gangsters? Could the law round up the criminals? Could the education, culture, and good breeding win over all odds? Better watch all these interesting situations on the screen. 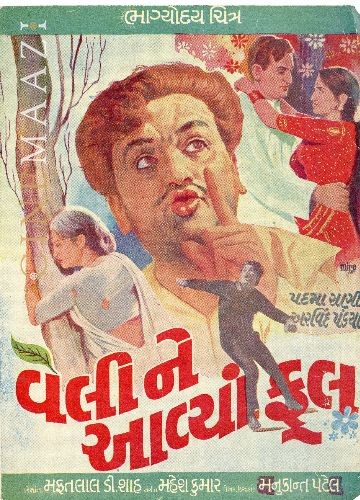