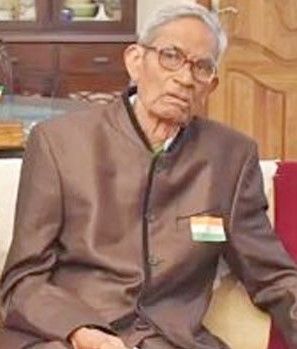 Antony Mitradas was born in Madurai on 3 November 1913, into a family of doctors. Once he had completed his B.A. in Statistics at the American College in Madurai, his passion for film direction took him to Calcutta, then one of the biggest hubs of the nascent film industry. Once there, he enrolled in a film institute run by Balchandani. When the noted director Ellis R. Dungan came to the institute to deliver a guest lecture, he was impressed by the potential he noted in Mitradas. Subsequently, he recommended him to T.R. Sundaram of Modern Theatres, Salem. Soon after he completed his course at the film institute, Mitradas received the opportunity to make his directorial debut with Dayalan (1941), starring P.U. Chinnappa and T.R. Mahalingam.

A trailblazer of his times, Mitradas started making movies at a time when most directors were making social dramas. Going against this dominant trend, he decided to focus on directing comedy films. He later went on to make movies in other languages as well, such as Pizhaikkum Vazhi (1948) in Tamil starring T.S. Durairaj.

With the outbreak of World War II, Mitradas enlisted in the army in 1942. He was posted in Jabalpur, Dhaka, Chittagong and Singapore and served the Army till the end of the war in 1945. Once the war had ended, he restarted his film career and directed a few films.

He continued his work in Malayalam cinema with films like Avakashi (1954), starring Prem Nazir, and the hugely successful Malayalam-language version of Harishchandra (1955). Avakashi proved to be a turning point in Prem Nazir’s career, who went on to become one of the biggest film stars in Malayalam film history. Mitradas’ Sinhala film Duppathage Duka (1956), a remake of the Tamil hit movie Ezhai Padum Padu, was also very successful.

Leaving behind an impressive legacy in Malayalam, Tamil and Sinhala film history, Antony Mitradas passed away at the age of 103 on 20 February 2017 in Chennai.