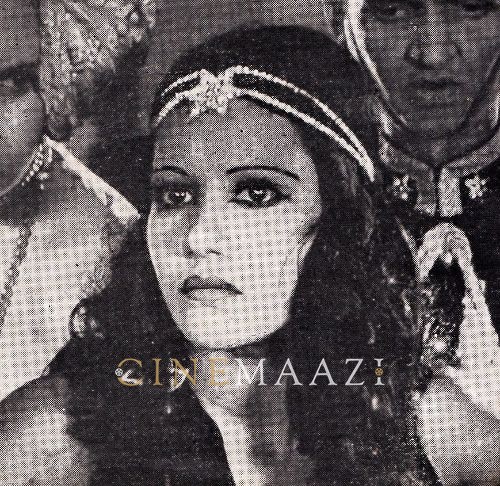 It is nearly impossible to think of Hindi cinema at present without associating it with song and dance sequences. With the wide variety of dance performances that dominate Hindi cinema to this date, the misconception still stands that the earliest dance performances were dominated by male dancers. Against this tapestry of male masters and dancers, Azurie stands out as a bright star of her times, dancing in a number of feature films over the 1930s and 1940s.

Anna Marie Gueizelor, popularly known as Madame Azurie, was one of the most well-recognized classical dance legends from Pakistan. Her father was a German Jewish doctor and her mother was Indian. Born in 1907 in Bangalore, she stayed with her father after her parent’s separation. Unfortunately, though her father was an aficionado of ballet and music, he did not support her dream of being trained in classical dance forms from the subcontinent.

Azurie was persuaded to join an immigrant Russian group to study ballet and learn piano. As a young girl exposed to the cinema, she nursed a love for other dance forms as well. A move to Bombay proved fortuitous for her. In Bombay, her father joined the Three Arts Circle modeled by Begum Atiya Rahman in her grandiose home, Aiwan-e-Riffat. Under the guidance of Begum Atiya, Azurie was inducted into the arts of the subcontinent. Following her father’s death, she decided to stay on with Atiya Begum and receive further training.

Trained under capable teachers, Azurie slowly gained wide-ranging knowledge regarding both various schools of dance as well as music. This training served her in good stead when she went on to become an integral part of the Bombay film industry. Initially, she was cast in films like Gentleman Daku (1938), Chabukwali (1938, A. M. Khan), Watan (1938) and Bhu Kailas (1938) where she garnered praise for her dancing talent.  She charmed audiences with her beautiful performances in Rattan (1944, M. Sadiq), with songs like O jaane waale balamava and Milke bichhad gai ankhiyan. In Rattan, she also shared the screen with Krishna Kumar. A successful, star-studded career meant she appeared in various films like Jhankar (1942, S. Khalil) with Pramilla and Kumar, Tasveer (1943, Najmul Hasan Naqvi) and Nai Duniya (1942, A.R. Kardar) along with Shobhana Samarth, Jairaj and Mazhar Khan. In Lakharani(1945), she played the role of a courtesan. Her later films include Shahjehan (1946, A. R. Kardar), the Durga Khote starrer Tasveer (1943) and Pannadai (1945). In Parwana (1947) one of her dances picturized in the song saiyaan ne unglee maroree re was banned from the film. From 1934-60, she acted in approximately 50 Indian films. Most of these were Hindi-language films. Later, she joined the Pakistani film industry where her most notable work was seen in Jhoomer (1959).

Azurie had also worked in Bengali films like Maya (1935), directed by P.C. Barua where she played the role of a rich socialite and shared the screen with actors like Pahadi Sanyal and Jamuna. Her other Bengali works include Sonar Sansar (1936) and Lagna Bandhan (1936).

Once she had gained a secure footing in the industry, Azurie decided to marry a like-minded man with a bent towards arts and culture. She moved to Pakistan with her husband following Partition, where she established the first Academy of Classical Dance of Pakistan. Her work in Pakistani films remained limited, however. She preferred to travel with the small company of artists and perform in foreign lands. As a member of the board of the National Council of Arts in Islamabad and the co-founder of the Pak-American Culture Centre, Azurie was an eminent global representative of her artistic field.

A strong woman dedicated to her pursuit of the arts, Azurie’s multiple confrontations with normative agents like rich executives, government authorities, and municipal officials never made her waver from her faith in her own work as a dancer. Deeply invested in her practice, Azurie passionately fought for the causes that were dear to her. Her broken Anglo-Indian-English only added more flavor to her already magnetic personality. She ran her dance school with great conviction for many years. Azurie met her demise in August 1998.