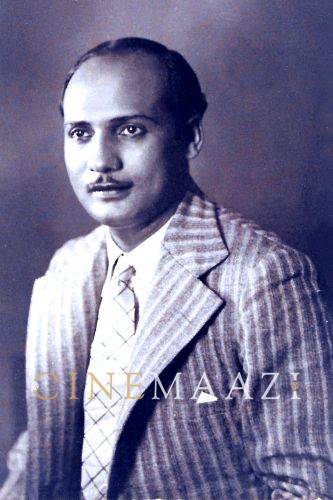 Bhai Desa was born in a musician family of Amritsar in 1905. His father Bhai Sain Ditta was a Hazoori Rebabi. His grandfather Bhai Kheira was the Avtar of Pakhawaj. In 1907, the first four gramophone records were issued in Bhai Sain Ditta’s voice. Bhai Desa had one brother Bhai Mulkha.Bhai Desa had intense love for music and used to help his father during the Kirtan at the Darbar Sahib. In the process, he learnt the intricacies of music from his father. As Bhai Desa grew up, he used to sing at a high pitch spreading spiritual vibrations in the pious atmosphere.

With the advent of Talkies, filmmakers were in need of artists who were not only physically attractive but also had a melodious voice. Bhai Desa fulfilled both the requirements as he had a robust personality and a dulcet voice. Bhai Desa grabbed this golden opportunity and he acted in eleven Hindi/Punjabi movies. He got the first chance to be a lead actor in Krishna Film Company’s Khak Ka Putla (1934). He rendered four solo songs and one duet with the heroine Alaknanda under the music direction of Master Mohammad. These songs were well appreciated by the music lovers. His next films were Nanad Bhojai (1934) and Rashk-E-Laila (1934), which were directed by Nanubhai Vakil under the banner of Mahalaxmi Cinetone. Out of total eleven songs, seven solos like Na suno mere nale, Mohabbat kaaazar, Maston pe ungaliya nna uthao, Shab-e-Visalhai were sung by Bhai Desa in Rashk-E-Laila.

After the success of Nanad Bhojai, Bhai Desa became a regular actor for Mahalaxmi Cinetone. He was cast in their next film Birbal Ki Beti(1935) which was directed by N. Vakil. He sang two duets Aao pyare bhaiya zara nache and Apni pyarike with Zubeida and also a solo Mohini mura thai pyari in the stunt movie Chirag-E-Husn(1935), Bhai Desa was in the role of Shaukat opposite Khurshid who was his heroine in Ishk-e-Punjab. He sang three songs Dil tadapta hai mera, Idhar aao and Khyale pyar ko which were picturised on him. In another stunt movie Gulshan-e-Alam(1935), Bhai Desa played the role of Khusro opposite starlet Zubeida. Out of eleven songs, five songs Ek dil hai, Vaada-e-vasal bhi karte hain, Sair ki khoob, Shahrana yar mit jaye and Hamara mulk zamane were picturised on him.
His two films Graduate and Prem Ki Aag were released in 1936. Prem Ki Aag(1936) was directed by M. L.Kapur for Mukhtaar Film Company, Bombay. The movie had nine songs in it. This costume fantasy derived from the Arabian Nights tells the story of Laila (Zubeida), a gypsy dancer who falls in love with the Persian soldier Asghar (Desa). Graduate, a social drama, was produced by Educational Talkies under the direction of Hiralal R. and Doctor Raja Yatrik. Prem Ki Aag was produced by music director and actress/singer Mukhtar Begum. She was also the heroine of the film while the rest of the cast included Haseena Banu, Bhai Desa, Pran Shankar Acharya, F.M. Butt, A.R. Akhtar and Safdar Ali etc. The film had one Punjabi song Bandiyan ishq tere ne.

After the partition of the country, Bhai Desa migrated to Pakistan. But he could not get the same attention and honour in Pakistan. He left this world for his heavenly abode in 1973. His son Mohammad Afzal was an accomplished mandolin player, who regularly played for Radio Pakistan, Lahore.