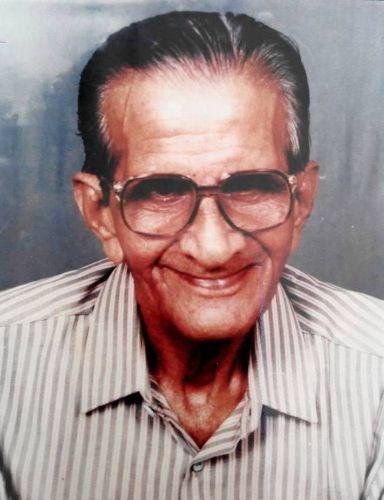 One of the most popular and renowned Hindi composers of the 40’s and 50’s, Bulo C. Rani was born on 6th May 1920 in Hyderabad, Sindh Province. His father Chandiramani had also been a celebrated musician of his time. From an early age, he became an aficionado of Shah Latif Adi’s Sufi verses. He travelled to Lahore to fulfil his desire of composing music for films. In Lahore he acquainted himself with the legendary composer Ghulam Haider. Thanks to this association he could attend the recording of the song Tu kaun si badli from the film Khandan (1942). While there, he caught the eye of D.N. Madhok who took him to Bombay with him. Thus began his journey in the land of cinema.

At the start of his career he worked as an assistant to Khemchand Prakash in films such as Dukh Sukh (1942), Chandni (1943) and Tansen (1943). It is claimed that he composed the song Ho dukhiya jiyara from Tansen although he is not credited in the film. He was associated primarily with the film company Ranjit Movietone during this time. He composed the music for the film Paigam (1943) along with Gyan Dutt.

Bulo C. Rani’s first solo project as a music composer was Pagli Duniya (1944). He was also an occasional playback singer operating under the pseudonym Bhola in some early films of his career. For the film Shankar Parvati (1943) he sang the Gyan Dutt composed O jogi o bairagi. His duet with Amrit Lal Pagle udaas kyun rahta hai and the Amirbai voiced Shyam bhai ghar aaja from Pagli Duniya earned the approval of the audiences. He was also lauded for the songs Ankhon mein intezaar ki duniya liye hue and Suni pari hai pyaar ki duniya from the film Caravan (1944). But the film which gained him widespread recognition was Moorti (1945). The song Ambuwa ki koyel boley earned him accolades for his spellbinding composition.

Rajputani (1946) continued his great success in the 40’s. The song Ja parwane ja kahi shama jal rahi hai was one of the initial hits of Mukesh’s career. His first film outside the Ranjit Movietone banner was the Nargis-Jairaj starrer Anjuman (1948). The year 1950 proved to be pivotal for his career. His work on the Nargis-Dilip Kumar starrer Jogan (1950) was path-breaking. His adaptation of Meerabai’s ghazals was revelatory because of its melding of different styles. The songs Ghoonghat ke pat khol de and Jogi mat jaa jaa demonstrated the skill of a maestro at the height of his powers.

The closure of Ranjit Movietone had an adverse effect on Bulo C. Rani’s career. Without the support of a big banner he struggled to find the same kind of success in the 50’s and 60’s. Although his compositions for films like Pyaar Ki Baten (1951) and Bilwamangal (1954) were popular, they could not return him to the pinnacles of success. In Bilwamangal he had Suraiya and C.H. Atma lending their voice to the soundtrack. Later in his career he was relegated to working in B films. The rise in popularity of composers like O.P. Nayyar drove him to the margins. The qawwali Hame to loot liya mil ke husn waalo ne from Al Hilal (1958) was a rare hit from his later career. Other than Hindi cinema he also worked extensively in Sindhi films such as Rai Daich (1958). His influential work in these films is proof of the continuing presence of a creative soul, unjustly pushed into obscurity. He also participated in All India Radio programmes in the 70s’.

In his early career Bulo C. Rani was known for his collaborations with the singers Mukesh, Amirbai, Hamid and Mohantara Talpade. Geeta Dutt had a long association with him and sang over 60 songs for him in films like Jogan and Darogaji (1949). Following the success of Hame toh loot liya Ismail Azad collaborated with him in multiple films. He was known for his experimentation with the ghazal form – his subtle changes giving them a new dimension.

Lack of work drove him to bitterness and frustration in his later life. When his family shifted from his abode in Shankar Kunj to a new place in Andheri, he committed suicide on 24th May, 1993. The tragic end of his life is a reminder of the vicious demands of an industry driven by fame. But it cannot make us forget the work of one of the most inspired composers of Hindi cinema. 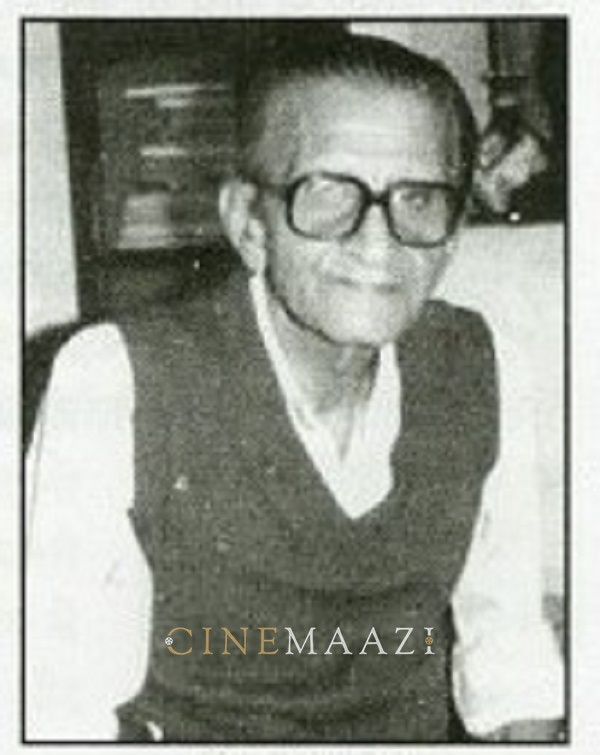