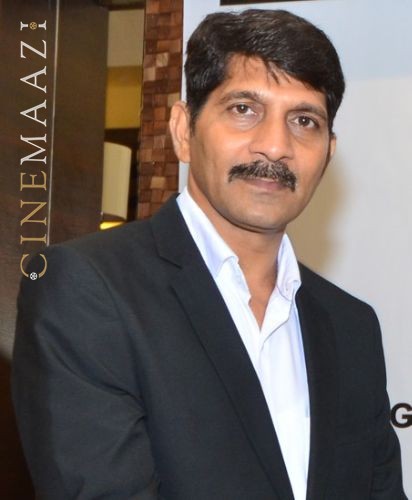 Dinesh P Bhonsle has enjoyed a fifteen year long career as a director and screenwriter in Marathi and Konkani cinema.

After completing his education, he was involved in theatre and audio-visual art. He worked as an actor at the Goa Kala Akademi. He completed the film appreciation course from Film and Television Institute of India, Pune and from Chitra Mandal, Mumbai. He has directed Konkani, Marathi, Hindi and English dramas besides acting, as well as providing settings to dramas and composed music. He was involved with The Way Creations as an editor of documentaries and with Halucon Creations as a writer-director. He has had the opportunity to work with prominent personalities in the fields of writing and editing including his uncle, Waman Bhonsle.

He commenced his film career with the Marathi film Marmabandh (2008). His film Calapor (2013) is based on the rehabilitation of prisoners. His Konkani film Enemy (2015) is based on the story of Sanjit Almeida an official in the Indian army, who faced a dilemma in preserving his ancestral property for which he had to fight against the government. This film won the Golden Camera Award (Dadasaheb Phalke Janbhoomi Puroskar) at the 8th Nasik International Film festival. This film also won the National Award for Best Feature Film in Konkani. It also won awards at Melbourne and Milan.

His next film Amori (2019) was produced by Opus Gala. This film won him his second National Award for Best Feature Film in Konkani.

His film Marmabandh also earned two Zee Gaurav Awards, one for the best actor and the other for supporting actor. This film has also been awarded eight awards by Goa Government for best film, best direction, best actor both male and female, music, art direction, lyrics and for singing. His uncle Waman Bhonsle is an inspiring figure for him, while he considers his mother as his role model.

His individual projects include several ad films and documentaries. He has also presented TV serials in Hindi entitled Shikar and Yeh Jeevan Hai. Similarly, he had done documentaries for Maharashtra and Goa governments including a portrait of Waman Bhonsle. Presently he is working on two projects - Back to Future which has an environmental focus and will be in Konkani and the other in Marathi entitled Suranga which is a tribute to Raja Ravi Varma.