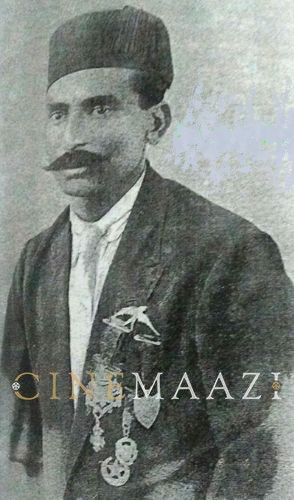 Master Ghulam Haider was one of the greatest composers of cinematic music. He revolutionized the face of the Hindi film music by combining popular ragas with the rich verve and rhythm of Punjabi music. His breathtaking command on tempo and rhythm made him the most sought-after composer of his times. He also used tunes that asked to be recited and not sung. Noor Jehan, Lata Mangeshkar, and Shamshad Begum were introduced by Ghulam Haider into the Indian film industry. Due to his ingenuity, the name Ghulam Haider has attained reverential status.

Master Ghulam Haider, was born to Vilas Ali Khan in Hyderabad (Sindh) in 1908. He belonged to an occupational caste known for its skill in playing instruments and his ancestors were Rabbis at Amritsar. He had a passion for music, but his father wanted him to be a high Government official. After doing practicing as a dentist for two years, he became the disciple of Beebe Khan to learn classical music. Attracted by a touring company’s play, he began learning harmonium from Haridasji and took training in tabla from Bhai Mehar Baksh. He went to Calcutta to learn classical music from Ustad Babu Ganesh Lal. He worked as a piano player, first at Alfred Theatrical Company and then Alexandra Theatrical Company. He also briefly worked as a music composer with Jenophone Recording Company.

Ghulam Haider made his debut as a music director in Swarg ki Sidhi (1935). In the same year, he composed distinctly powerful tunes for R.L. Shorey’s film Majnu (1935). Thereafter, he composed music for some popular private discs both in Punjabi and Urdu. His first big break came with Pancholi’s Gul-e-Bakawli (1939). He was appointed the staff composer for Pancholi productions at a monthly salary of Rs.150. Two songs of Gul-e-Bakawli - Shala Jawanian Maane and Pinjre De Vich Qaid Jawani got the attention of connoisseurs of good music. The infusion of Punjabi folk rhythms in the song Ik Sohne Jihe Jangal Vich marked the beginning of the famous Punjab Ang, which was later used with enormous success by many Punjabi as well as non-Punjabi composers.

None could match the connoisseur’s eye of Master Ghulam Haider for spotting new singing talent. He had an astute auditory sensibility that made him resolutely record Umrao Zia Begum in Swarg ki Sidhi (1935), Baby Noor Jehan and Tamancha Jan in Gul-e-Bakawli (1939), Shamshad Begum in Yamla Jatt (1940) and Lata Mangeshkar in Majboor (1947) against all resistance. The rest is history. Ghulam Haider was the highest-paid music composer of his time with remuneration as high as one lakh rupees per film. Ghulam Haider raised the status of fellow music composers and on his insistence, the trend of giving the name of the music composer in the film titles was started.

After partition, Ghulam Haider left for Pakistan but he could never taste the kind of success that he had in India. He floated Filmsaz and produced a successful film Gulnaar (1953). The Government of Pakistan awarded the coveted Tamgha-e-Imtiaz on Ghulam Haider (posthumously) in 2011.

In addition to the ancient Indian string instruments, Ghulam Haider introduced the piano, the clarinet, and the violin into his orchestra. Prominent music directors Madan Mohan and Naushad worked as his assistants. Ghulam Haider provided orchestration to the traditional Sikh religious tunes rendered by Bhai Santa Singh at AIR Lahore. He also recorded a couple of Punjabi Naats in the voice of Suraiya. In his lifetime Ghulam Haider composed music for about 32 movies, a quarter of them being Punjabi films.