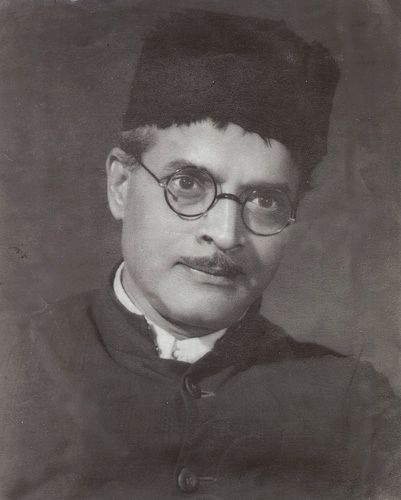 Govind Sadashiv Tembe, better known as Govindrao Tembe, is acknowledged as the first music director of Marathi films. He composed the music for Ayodhyecha Raja (1932) and also penned the lyrics for this historic film, which was the first Marathi talkie. A harmonium player, stage actor, and music composer, he won acclaim for his dialogues as well as music. To him goes credit for bringing on the Marathi stage, the lightness of the Poorab baj as well as the Khayal tradition in Dhairyadhar's songs. He went on to compose music for 22 films—10 Hindi, 10 Marathi, and one Urdu film.

With the exception of Saudagar (1938), he also wrote the lyrics for all the Marathi films for which he scored the music. He composed approximately 115 film songs, often using classical ragas such as Mand, Tilang, Kafi, Tilak-Kamod, Bhimpalas, Bageshri, Bhoop, Sarang, Des, and Bhairav. As a lyricist, he was known for the ability to choose the most suitable words for a particular scene. He emphasised musically on ‘sweet’ sounds. As a composer, he is known for films such as Maya Machhindra (1932), Agnikankan: Branded Oath (1932), Singhagad (1933), Usha (1935), while as an actor he featured in films such as Agnikankan, Seeta (1934), and Raj Mukut (1935). He also penned dialogues for Maya Machhindra, Agikankan, and Sinhagad.

Born on 5 June, 1881 and growing up in Kolhapur, he went on to work in various fields, including as a clerk, a pleader, and even a manager of a circus troupe. He found his calling in theatre as a stage actor, a playwright, owner of a drama company, and director. Music was his mainstay and he developed into a well-known composer and director of stage and cinema music. His deep interest in music saw his growth as a highly-regarded musicologist, song-writer, and composer.

The harmonium was Govindrao’s passion, and he pursued it for nearly half a century. Learning the art from Bhaskarbuwa Bakhale, whom he used to accompany, it was Alladiya Khan of the Jaipur gharana whom Tembe considered as his master, though he did not receive direct guidance from Khan. Tembe’s uncommon skill as a harmonium player rendered him famous in his home state of Maharashtra, as well as across India. He is known to have revolutionised the art of harmonium-playing, proving that the instrument which is basically suited to Western music, could be equally suitable for Indian classical music. His compositions played on the harmonium were rhythmic and possessed a caressing quality, and were completely free of acrobatics.

Govindrao’s musical virtuosity and achievements originated in Marathi stage music. His music compositions for the Marathi plays Manapaman and Vidyaharan ushered in a revolution of sorts in the realm of Marathi stage music. He composed tunes based on pure classical Hindustani music, as well as semi-classical music of the Purab (Eastern) variety, thus establishing a synthesis of these diverse styles and setting the standard for the decades to come.

He also produced a rich treasure of literary outpourings, which amounts to nearly 2000 to 2500 printed pages, including his articles on Bhaskarbuwa Bakhale, the famous singer Goharjan, his biography of Alladiya Khansaheb, his many plays, music compositions and operas, and his autobiography Maza Sangeet Vyasang. The latter is considered an immortal achievement both in the field of fine arts as well as a valuable piece of Marathi literature. In his celebrated book, Tembe adopted a model for later writers on music.

Part-owner of Gandharva Natak Mandali when it was formed in 1913, he also started his own company - Shivraj Natak Mandali. He wrote and staged his plays such as Tulasidas, Patwardhan, Varavanchana and more. He himself wrote the lyrics for these plays and set them to music. These songs went on to achieve the status of classical khayal compositions.

Govindrao Tembe was also a personal friend of the Late Yuvaraja of Mysore, HH Sri. Kanteerva Narasimha Raja Wadiyar. He was part of the Yuvaraja’s entourage to Europe in 1939, which performed before the Pope and at other places. Tembe lost his patron when the Yuvaraja died soon after they returned from London in 1940.

Govindrao Tembe passed away on 9 October, 1955, after suffering a heart attack. 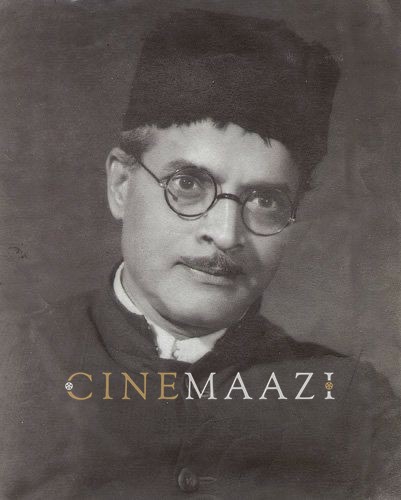