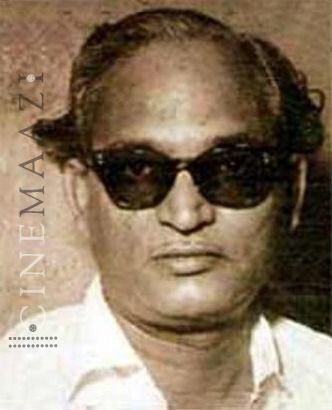 The doyen of Punjabi film music and composer emeritus, Hansraj Behl was the creator of enchanting classical compositions imbued with typically Punjabi rhythm. He was a force to be reckoned with in Punjabi cinema who composed a litany of splendid timeless melodies. He was a genius composer who created his own trends. With his repertoire of soulful melodies, he had carved out a special place in the realm of Indian film music. He was more popularly known as Chhote Master jee in film circles.

Hansraj Behl was born with his heart on the right side in Shaikhupura (now in Pakistan) on 19 November 1916. His father Nihal Chand Behl was a landlord. He possessed an inborn sense of music. As an adolescent, he appeared in stage shows and composed the background music for local Ram Leelas. He learned classical music from Acharay Chiranjivilal ‘Jigyasu’. Thereafter, he set up his own music school in Anarkali Lahore. He also recorded some non-film songs for H.M.V. In 1944, he along with his younger brother Gulshan and a friend Verma Malik came to Bombay.

He got his first trial at the Bombay Talkies. He then assisted Pt. Gobindram in Hamara Sansar (1945) followed by a two-week stint with Navyug Chitrapat. His first break as an independent music director came from Ardeshir B. Irani, who at the recommendation of Prithviraj Kapoor, contracted him to score the music of Pujari (1946). He then scored music for Gwalan (1946). Recognizing Behl’s talent, Sardar Chandulal Shah inducted him into his Ranjit Studios. He composed music of their four films namely Cheen Le Azaadi (1947), Phulwari (1946), Lakhon Mein Ek (1947) and Duniya Ek Sarai (1947). Meena Kumari, as the second heroine sang two numbers in Duniya Ek Sarai (1947) under the baton of Hansraj Behl.

In 1954, he along with his brother Gulshan Behl set up the production house N.C. Films. The first film produced under this banner was Laal Pari (1954), which had a popular western orchestration based lilting number Keh rahi hai dhadkanein pukar ke. The next movie Darbar (1955), a stunt film, too had some delectable Hansraj melodies. In Mast Qalandar (1955), Hansraj created a timeless euphonious duet Dil-e-nadaan zamane. Rajdhani (1956) was a costume drama having the haunting duet Bhool ja sapne suhane. In Changez Khan (1957), Hansraj composed one landmark song Mohabbat zinda rahti hai in Rafi’s voice with a fabulous chord progression rising to the climatic refrain of Chali aa chali aa in a musical crescendo. The film Miss Bombay (1957) had bhangra style songs while Milan (1958) is considered to be Hansraj’s greatest score. Saawan (1959) was a fragrant basket of blooming Hanraj melodies. Hansraj Behl’s dream to produce another Changez Khan featuring Dharmendra and Hema Malini remained unfulfilled.

Hansraj Behl had scored music for more than 100 Hindi and Punjabi films in his long career. His last released film Jatt Da Gandasa (Punjabi) was released in 1991. Hansraj Behl died of liver cancer on 20 May 1984.