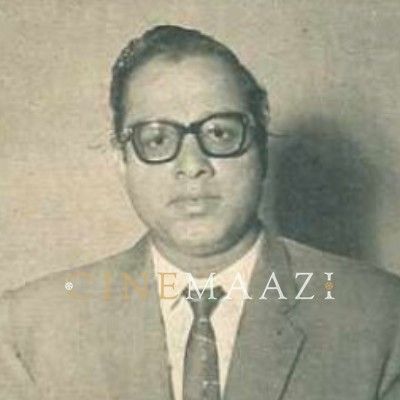 In an era when musical giants like Shankar Jaikishen, Naushad, S.D. Burman and O.P. Nayyar were ruling the Hindi film music scene, it would have been extremely difficult for a music director to make a mark. Iqbal Qureshi, the talented but now-forgotten music director managed to do just that – composing some brilliant soundtracks over the 1960s before fading into oblivion. A talented man, Iqbal’s fortune did not quite favour him. While his career actually spanned three decades from the 1950s to the 1980s, Iqbal Qureshi composed music for less than thirty movies.

Born in Aurangabad on 12 May 1930, Qureshi moved to Hyderabad for his schooling. It was there that he learnt classical music. Post his studies, he is said to have joined a government department as a store-keeper. During his stint at this job, he was transferred to Bombay, where he came in contact with members of IPTA. Starting off as a music director for some of the dramas produced by IPTA, Qureshi soon got his first offer to write music for a Hindi film with Manoj Kumar’s debut film Panchayat (1958). The film is still remembered for the mellifluous Lata Mangeshkar-Geeta Dutt duet, Ta thhaiyya karte aana, o jadugar more sainyan.  This song earned him recognition and he was signed on by AVM for their next film, Bindiya (1960). While this Tamil remake did not do well at the box office, the melodious songs proved to be widely popular. Songs like Nasha sa chha gaya (Lata Mangeshkar), Itna na sata koi jaane na diwane (Lata Mangeshkar) or the gentle Dekhiye yun na sharmaiyega (Mukesh, Usha Khanna) were much liked.

The same year, Qureshi composed the music for Filmalaya’s Love in Simla (1960) which introduced Joy Mukherjee and Sadhana as lead actors. A runaway success, this was one of Qureshi’s most celebrated film scores with lilting, catchy numbers such as Dil thaam chalein (Mohd Rafi), Haseeno ki sawari hai (Rafi and Suman Kalyanpur) and Love ka matlab hai pyaar (Rafi and Asha Bhosle).

Despite setting the music to such popular songs, Qureshi faded away. He was also unwilling to ask people for work. While he did compose songs for Hindi movies through the 1970s and 80s, up until 1991, his entire filmography included 28 films in total.