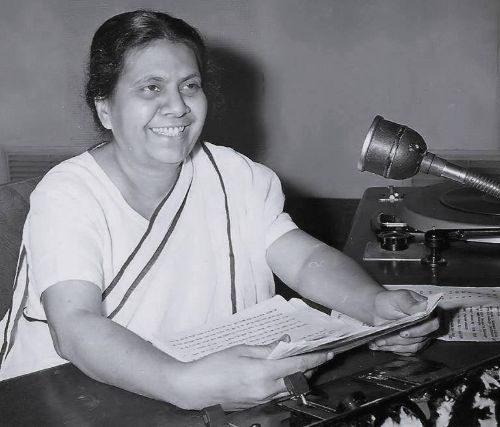 Juthika Roy is especially memorable for being the legendary bhajan singer who enthralled great personages such as Mahatma Gandhi and Jawaharlal Nehru with her enchanting voice. Affectionately called ‘Adhunik Meera’, she immortalised bhajans such as Ghunghat ka pat khol and Pag ghungharu bandh Meera nachi. Rendering playback for more than 200 Hindi and more than 100 Bengali contemporary songs over the course of her four decade-long career, she was conferred the Padma Shri in 1972.

Roy was born on April 20, 1920 at Amta in then undivided Bengal’s Howrah district. She had passed an audition for HMV when she was only seven years old, but was asked to come back after a few years as she was too young. She recorded her first album in 1932 when she was just 12 years old. She received her training from Gyanranjan Sen in Kolkata. Her talent caught the attention of poet Kazi Nazrul Islam and composer Kamal Dasgupta, both of whom went on to mentor her. Juthika’s graph soared and in the 1940s and 1950s, she came to be counted among the country’s leading and most popular singers. Legend has it that on Aug 15, 1947, she was requested by none other than Nehru to continue singing on the radio till he reached Red Fort and unfurled the tricolour on India’s first Independence Day. She thus went back to the All India Radio station and rendered around seven to 8 songs on the occasion. Similarly, Mahatma Gandhi was a great admirer of Roy’s singing. He often started his daily prayer meetings each morning playing her records.