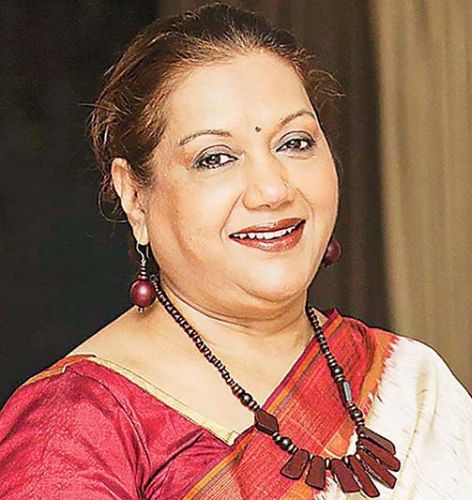 Also known as Sarah Begum Kabori, actress, writer, producer and director Kabori Sarwar, was active in the Bangladeshi film industry, and is known for films such as Sareng Bou (1978), Devdas (1982), Sujon Sokhi (1975), Abhirbhab (1968), Shat Bhai Champa (1968), and Lalon Fokir (1972). Born in 1950, she made her film debut in 1964 in the film Shutorang—she was 13 at the time. She went on to act in several films such as Sujon Sokhi (1975) and Sareng Bou (1978) with Farooque in the 1970s, and also performed with Bulbul Ahmed in Devdas (1982). She essayed another key role in Titash Ekti Nadir Naam (1973) directed by Indian filmmaker Ritwik Ghatak, and also acted in the Urdu film Bahana (1965) by Zahir Raihan with co-actor Rahman. She starred opposite some of the biggest names of the Bangladeshi film industry including Razzak, Farooque, Bulbul Ahmed, Alamgir, Sohel Rana and Ujjal. Her performance in the film Sareng Bou (1978) won her the Bangladesh National Film Award for Best Actress. She also produced films such as Balaka Mon (1973) and directed Ayna (2006). Active outside of films as well, she participated in the country’s Liberation War and also appeared in a broadcast of Radio India during the war. In her later years, her career in politics saw her elected as a member of parliament from the Narayanganj-4 constituency as a Bangladesh Awami League politician in 2008; she served until 2014. In 2013, she was accorded the Lifetime Achievement Award.

Born Meena Pal into a culturally rich family on 9 July, 1950 in Boalkhali, Chittagong, East Pakistan, her father, Krisna Das Paul, was a Bhajan singer and her mother was known to recite verses from religious books. Studying up to standard 8, she went on to make her debut in films with Shutorang (1964) at the age of 13. Directed by Subhash Dutta, the film revolved around a young couple in a village, who fall in love. However, they are separated when the girl is married to another, when the boy goes to town to earn money.

She went on to carve a successful career in films, featuring in approximately 70 films over the decades. Working with a gamut of actors, she starred with well-known actor Razzak in more than 20 films such as Nil Akasher Niche (1969), Deep Nebhe Nai (1970), and Ka Kha Ga Gha Umo (1970)—they were first paired together in Dutta's Abirbhab in 1968. In the 1970s, she featured opposite Farooque in several films, including Sujon Sokhi and Sareng Bou. She also starred with Bulbul Ahmed in Chashi Nazrul Islam's Devdas (1982).

In 1973, she featured in noted Bengali filmmaker Ritwik Ghatak’s Titash Ekti Nadir Naam. A joint production between India and Bangladesh, the film was based on a novel by the same name, written by Adwaita Mallabarman. It explored the life of the fishermen on the banks of the Titas River in Brahmanbaria, Bangladesh.

Among her prominent films is Sareng Bou, directed by Abdullah Al Mamun. The story is based on the novel of the same name by Shahidullah Kaiser, which revolved around the lives of people living in the coastal areas of Bangladesh. The film won critical acclaim, with her performance earning her the Bangladesh National Film Award for Best Actress.

She essayed the role of Parboti in Devdas (1982), the Bengali-language film based on the Sharat Chandra Chattopadhyay novel of the same name. It was the first Bangladeshi version of the story and the first colour film version in Bangladesh.

Along with Farooq, she played the lead characters in director Khan Ataur Rahman’s Sujon Sokhi (1975). The film depicted the conflict between two brothers, which causes a rift in the family, till their respective children unite them once again.

Director Subhash Dutta’s Abhirbhab (1968) saw her feature alongside Sharmili Ahmed and Azim, while director Dilip Shom’s Shat Bhai Champa (1968) saw her essay the lead role in the film that was based on a popular folktale. Lalon Fokir (1972) featured her in the film based on Lalon, the famous Bengali philosopher, author, Baul saint, mystic, songwriter, social reformer and thinker. Directed by Syed Hasan Imam, the film also starred Ujjal and Raju Ahmed. The Urdu film Bahana directed by Zahir Raihan saw her star alongside Rahman.

In 2006, she directed the film Ayna. The film starred Sohana Saba, Ferdous Ahmed, and Arjumand Ara Bokul. She also penned the story and screenplay of the film, while the dialogue was by Akhtaruzzaman. A romance drama, it portrayed the life of a woman who is forced to forge an independent life for herself.

She also penned her autobiography titled Smritituku Thaak, the introduction for which was written by veteran poet Nirmalendu Goon. Incidentally, the title of the book is borrowed from her 1976 film of the same name.

In 2008, she was elected to the National Parliament in Bangladesh from Narayanganj-4 for the 9th Bangladesh Parliament.

She was first married to Chitta Chowdhury. After the couple divorced, she married Shafiuddin Sarwar in 1978. They divorced in 2008. She had five sons.

The veteran actress passed away on 17 April, 2021 in Dhaka, Bangladesh due to Covid-19. She was 70. Bangladesh President M Abdul Hamid called her a shining star of Bangla cinema, adding, “People of the country will remember Kabori's role with due respect in promoting Bangla film and culture for long.” In a condolence message, Prime Minister Sheikh Hasina said Kabori was one of the brightest stars in the country's film industry and her contribution to politics and the cultural arena, alongside her performances, would be remembered forever.