Madhukar Gangadhar Pednekar or P Madhukar, an important figure in the history of harmonium playing, was not only well-known for his harmonium accompaniment and solo recitals, but he also devised new techniques for the instrument. Born into a family of musicians in 1916 in Bombay, he began training in harmonium at the age of eight under his maternal uncle, Shankarrao Rajapurkar (Gunijan). Later he went on to receive a gold medal from noted vocalist Sawai Gandharva. Training further under Bahulkar, Madhukarrao - as he came to be known - also became a disciple of Annasaheb Mainkar, harmonium player and noted music director. He also assisted Mainkar in composing music for films and went on to become a successful music director himself. Composing music for Marathi, Hindi and Telugu language cinema, films he scored music for include Chokha Mela, Chaliteel Shejari (1950), Vakil Saheb (1943), Dharampatni (1953), and Savitri (1941). Composing music for theatre, he was also employed by His Master's Voice Company. His noted disciples like Anant Kemkar, and Tulsidas Borkar have propagated his style which also wins recognition on the contemporary concert circuit.

Born on 27 February, 1916 in Bombay into a family of musicians, he began his initial training in harmonium at the age of eight. He trained under his maternal uncle, Shankarrao Rajapurkar (Gunijan). His talent and dedication saw him go on to win a gold medal from noted vocalist Sawai Gandharva. Training under Bahulkar, a well-known harmonium player of Mumbai, his thirst to improve saw him become a disciple of Annasaheb Mainkar of Sangli, who was a harmonium player and noted music director. Madhukarrao’s perspective further blossomed under Mainkar, who belonged to a wealthy family, and pursued music as a passion. Listening to recitals by shining talents such as actor-singer and theatre producer Bal Gandharva, tabla player Ahmed Jan Thirakwa and sarangi player Qadir Baksh Khan who often stayed at Mainkar’s residence, further matured Madhukarrao’s playing. He was greatly influenced by Mainkar's progressive thinking, imagination and pursuit of experimentation in music. Mainkar himself had diverged from the routine boundaries of harmonium playing to introduce new techniques in his playing, which in turn inspired Madhukarrao.

As Madhukarrao also assisted Mainkar in composing music for films, he developed into a solo music director himself. Composing music for Marathi, Hindi and Telugu feature films, he also scored music for theatre. He was also employed by His Master's Voice Company in 1934.

Madhukarrao gained widespread fame for his harmonium playing which was marked by speed and power, both of which resulted from his natural technique and the lightness and dexterity of his fingers on the keyboard. He practised diligently to gain complete command of the harmonium. He was thus at ease with any raag or taal, tempo, form, or key of a vocalist and was able to accompany singers of different gharanas. In addition, he would enrich the performance further with his own musical innovations. His improvisation and experimentation with the art of playing harmonium resulted in the instrument being presented on the concert platform in a unique manner. He also made a thorough study of gayaki, raga rules and shrutis. Looking upon Acharya Brihaspati as his guru in matters related to theory, he was a devotee of the Kirana gayaki, and considered Ganpatbuva Behre as his mentor.

Intelligent, imaginative and hard-working, Madhukarrao is also credited with adapting modern technology by electronically displaying the notation of music played on the harmonium. This was much before synthesisers became popular in India. He was also one of the earliest musicians to introduce the clavioline to North Indian art music.

P Madhukar passed away on 20 July, 1967. His style of harmonium playing continues to be propagated in the modern concert circuit. 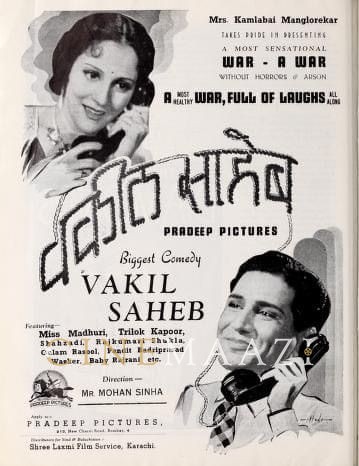