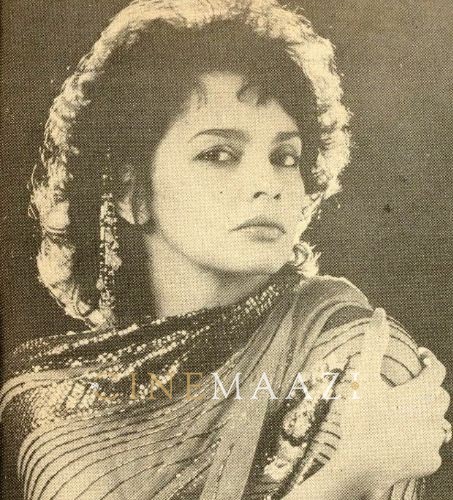 Best known for going bald for her role in the highly successful sci-fi film Star Trek: The Motion Picture (1979), model-turned-actress Persis Khambatta made waves in Hollywood. Scouted by a well-known Mumbai photographer at the age of 13, she bagged a soap advertisement, topping it up by winning the Miss India crown at 17 in 1965. Beginning her acting career in the Hindi film industry, she soon headed West to follow her. Her filmography includes films such as Bambai Raat Ki Bahon Mein (1968), Kama Sutra (1969), The Wilby Conspiracy (1975), Nighthawks (1981), Warrior of the Lost World (1984), and Phoenix The Warrior (1988), as well as TV movies The Man With The Power (1977) and Shingora (1986), and TV series Casablanca (1983), Hunter (1986), and The New Mike Hammer (1987). She last shot for the pilot of the TV series Lois & Clark: The New Adventures of Superman (1993). Over the course of her career, she starred alongside prominent actors like Michael Caine, Michael Shatner and Sylvester Stallone. She is also credited as the associate producer of Phoenix The Warrior.

She was born into a middle-class Parsi family on 2 October 1948. Raised by her mother after her father left them when she was two, she would later reveal, “It was very hard. Our people (Parsis) stress family. I developed a sense of humour and something of a toughness of skin, but I suffered from being different.”

She was just 13 when she was spotted by a well-known Bombay photographer, and debuted as a model, landing the Rexona soap advertisement. A set of her candid pictures were used for the successful campaign. She was 17 when she participated in the Femina Miss India pageant which was in its second year. She impressed judges and viewers and was crowned Miss India 1965. Thereafter, she went on to participate in the Miss Universe title.

Her fame saw her being signed on to model by leading brands such as national carrier Air India, cosmetics brand Revlon, and clothing line, Garden Vareli.

Her career in films started when she played a cabaret singer Lilly in K A Abbas’s Bambai Raat Ki Bahon Mein (1968). The film revolved around a news reporter who becomes a suspect after a robbery and a homicide aboard an aircraft. It starred Surekha, Madhavi and David Abraham, and won the National Award for cinematography.

The film industry’s lack of professionalism apparently irked Khambatta, prompting her move to London. She went on to play minor roles in two 1975 films — Ralph Nelson’s The Wilby Conspiracy with Michael Caine and Sidney Poitier, as well as Michael Anderson’s Conduct Unbecoming with Richard Attenborough, Michael York, and Trevor Howard. Her career would skyrocket with the sci-fi film Star Trek: The Motion Picture (1979). Directed by Robert Wise, it revolved around Admiral James T. Kirk resuming command of the overhauled USS Enterprise in order to intercept an alien spacecraft of enormous power spotted approaching Earth. In an interview, Khambatta would recall how her “dollar ninety-nine investment” in the bald cap for her audition with Star Trek creator Gene Roddenberry, helped bag her the role of Lieutenant Ilia. Challenging conventional beauty norms of the time when women with long tresses epitomised beauty, she shaved her head for her role as Lieutenant Ilia, a Deltan navigator of the USS Enterprise, who released sexual pheromones irresistible to humans. Her role of the humanoid navigator Ilia won her the limelight not just in India but in the international arena too.

A year later, she co-starred in the neo-noir action cop thriller Night Hawks (1981) with leading star Sylvester Stallone. Speaking about entering Hollywood, she once said that most of the actors she had worked with had been very helpful and protective of her. She presumed it was because she came from a foreign country.

She would later appear in lesser-known science fiction films like Warrior of the Lost World and Megaforce (1982).

Earning fame and admiration for her work, she became the first Indian to present at the Oscars in Los Angeles in 1980. Leveraging her Star Trek success, she also campaigned for actors from ethnic minority to play ethnic roles, as opposed to having white people play roles with bronzed skin.

In 1980, she was severely injured in a car crash in Germany, which left a large scar on her head. She also underwent a coronary bypass surgery in 1983. In 1985, she returned to Bombay, and featured in the TV film Shingora. She also played a few cameos in Hollywood television series such as Mike Hammer and MacGyver.

She published an anthology called Pride of India, in 1997. It honoured former winners of the Miss India pageant and other icons of beauty. She revealed that the title of the book was inspired by former Prime Minister Indira Gandhi calling her the “pride of India”. A 1990s rewind of the beauty business, her book also featured Mother Teresa whose wrinkled face, according to Khambatta, radiated beauty.

In June 1981 she had married actor and stuntman Cliff Taylor weeks after they met, because she felt that “they were lovers in a past life”. They divorced two months later.

While speaking on a talk show a few days before her death, she had revealed that had she agreed to shed clothes for the camera, she would have bagged numerous film roles.

Persis Khambatta passed away following a massive heart attack on 18 August, 1998. She was just 49.

To honour her legacy, the Persis Khambatta Memorial Award was instituted in 1999, given annually to the top graduating student of the National Institute of Fashion Technology. It was both designed and funded by her best friend and the last person to dine with her before her demise - Sanjeev Chowdhury, former Vice-Consul of Canada at the Canadian Consulate in Mumbai. 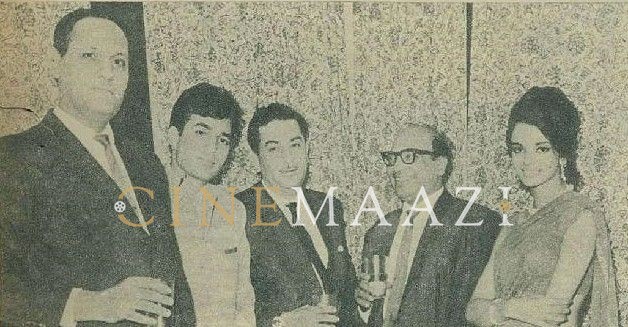 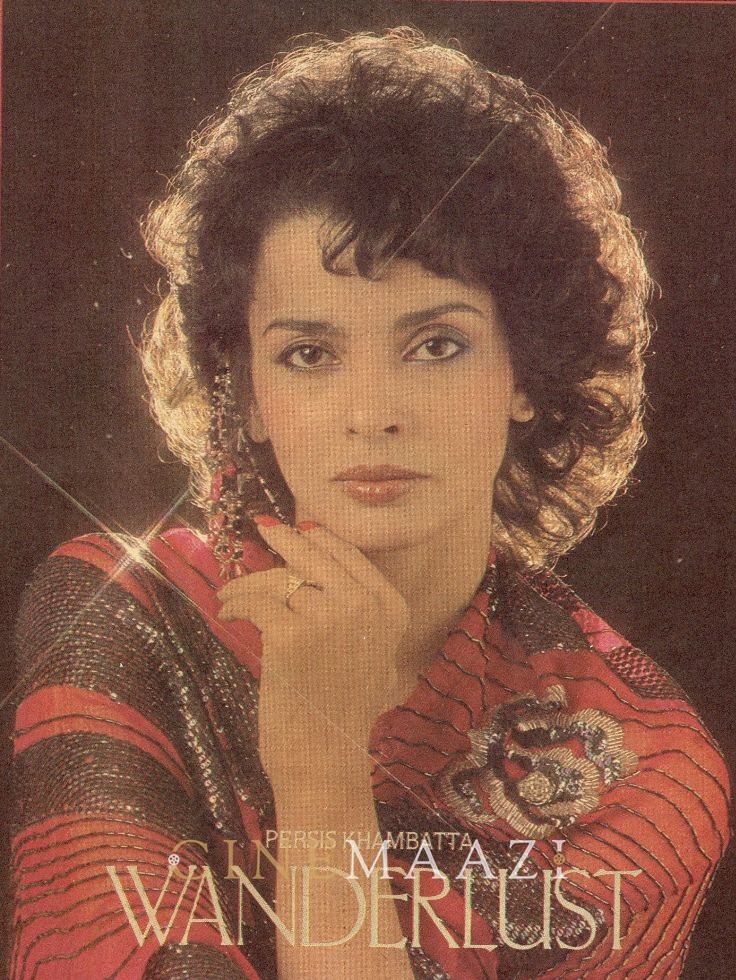 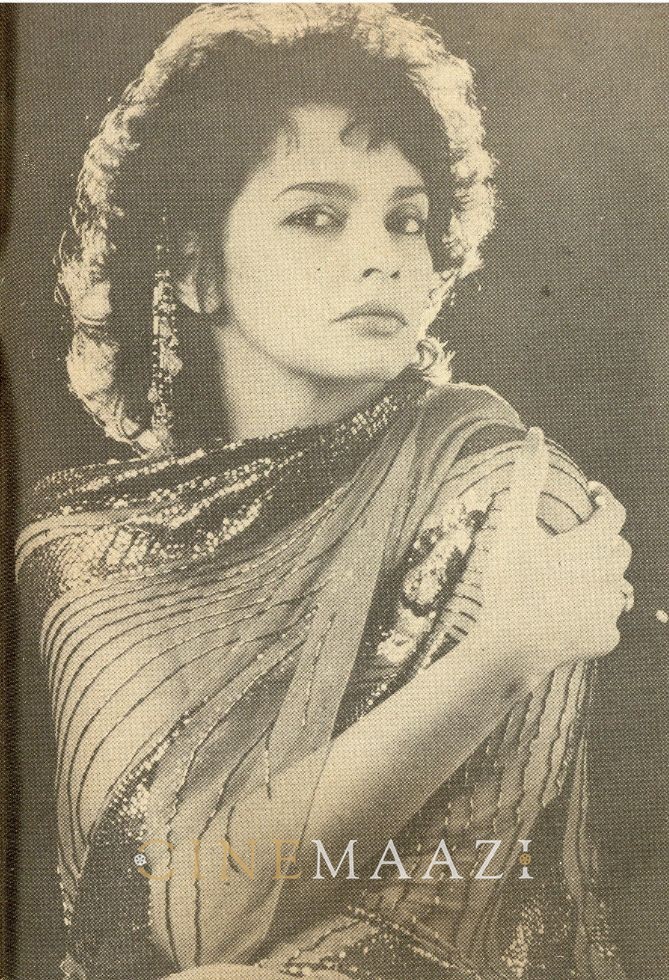