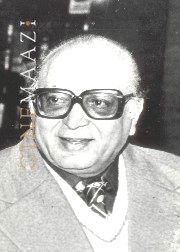 The distinguished and imaginative cine-craftsman Dr. Satya Dev Narang was a multi-dimensional personality, who contributed to Indian cinema as a leading man, producer, director, writer, lyricist and studio owner having operated from Lahore, Kolkata, and Mumbai. He was born on 18 June 1918, in Lyallpur (now Faisalabad, Pakistan). He graduated in biology from Government College, Lahore and did his M.B.B.S. from King Edward Medical College, Lahore. Thereafter, he researched on Binocular Theory of Vision and was conferred a Ph.D. degree. With these embellishing qualifications, he could have pursued a bright career in medicine and led a luxurious life. But destiny had fixed a different path for him to traverse. During the early era of the talkies, this highly qualified young man came into the world of cinema.

He made his debut as a leading man opposite glamorous Ramola in India’s first Golden Jubilee hit film Khazanchi (1941) produced by Dalsukh M. Pancholi. Studded with melodious tunes composed by Master Ghulam Haider, an impressive storyline and the lovable leading pair of S.D. Narang and Ramola, Khazanchi created many records in the subcontinent. He was then cast opposite Ragini in the Punjabi movie Patwari (1942) directed by B. S. Rajhans. His next film Ravi Paar (1942) also featured Ragini as his heroine. He was reported to be the youngest successful hero in Lahore those days.

After the unprecedented success of Khazanchi, he appeared as the hero in Hindi films like Zamindar (1942), Durban (1946), and Sahara (1943) (with Renuka Devi), etc. Having gained considerable fame, he decided to change tracks and ventured into film making. He produced and directed films like Yeh Hai Zindagi (1947) in his own Upper India Studios, Lahore. The partition of India shattered his dreams and rendered him a refugee. Reaching India, he struggled hard to establish his Bengal National Studios, Calcutta. He produced India’s first revolutionary film on Chittagong Armoury Raid - Chattogram Astragar Lunthan (Bengali-1949) in his studio. His other notable productions were Ek Aurat (1948), Lottery (1949), Nai Bhabhi (1950), and Chiner Putul (1951). He also played the lead roles in outside productions Iran Ki Ek Raat (1949) and Do Baatein (1949). But the studio proved to be a disaster in disguise for him. Many producers duped him and he suffered heavy losses. With this bitter experience,  he left Calcutta and came to Mumbai in 1952.

Smriti Biswas was riding a professional high when she fell in love with Satya Narang. Their romance was unable to culminate in marriage as they belonged to different religions, Smriti was a Protestant Christian and Narang was a Hindu. Finally, in 1960, they got married and were blessed with two sons Rajiv Narang and Satyajeet Narang. He was a devoted family man - going for shooting from home and after shooting straight to home.

Dr. S. D. Narang had written Human Psychology and a novel Hippy Aur Yogi. In An Introduction to the Theory of Bio-Economics, he had presented a new theory that certain biological factors are significant variables in the economic development of any country. He was honoured by the Bombay Biological Association. He created a trust for setting up a medical research institute for the diagnosis and treatment of specific diseases based on Ayurvedic, Allopathic, Homeopathic and Biochemic, etc. methods.

The moviemaker with a Midas touch, Narang spent 50 years of his cinematic profession in the service of Indian cinema, but he was unlucky not to receive any National honour/Award.