Achievements Of Our Films 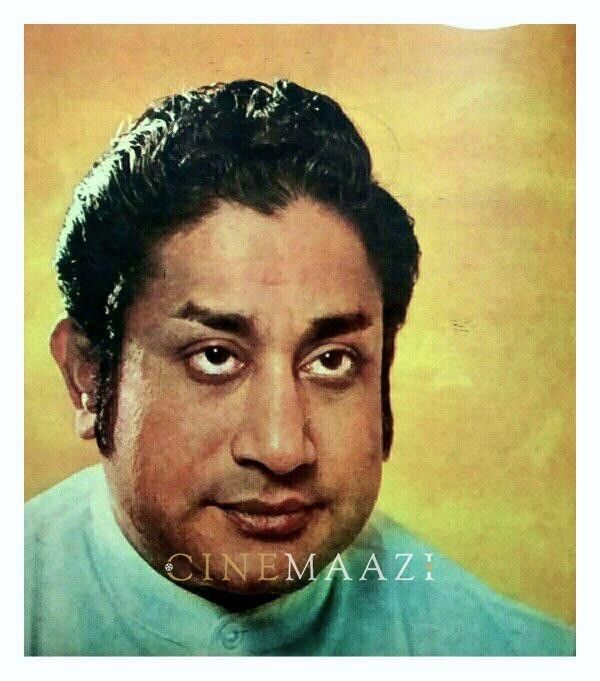 This image is taken from Cinemaazi archive and was not part of the original article.

What is the criterion for judging the standard of our films? Are we to compare them with films produced elsewhere in the world or are we to compare them with our own films produced in the past? There is no point in comparing our films with films produced in countries like America, as the conditions obtaining there are vastly different from our own. The technical, financial and other facilities available for an American film producer put him in a much more advantageous position than his counterpart in this country. Again, our culture, traditions, sentiments and attitude towards life are entirely different from theirs and, in consequence, the needs of the Indian filmgoer generally are also entirely different.

When I compare the standard of films produced in our country in the past with that of films now being made, I cannot think of a single sphere where we have not made progress. On the contrary, we can legitimately be proud of our achievements in the art of film-making.

The standard of Tamil films, for example, has vastly improved and is still improving. That is not to say that we have attained the acme of perfection and can be complacent. There is no limit to progress or improvement in any field, and the cinema world is no exception.

Before answering the question whether the taste of cinegoers determines the quality of our films and whether films are being produced as they are because our cinegoers want such films, may I say a few words about the internal ills that afflict the industry as the two are closely intertwined?

One of the primary causes for the occasional slump in the standard of our films is the ill-equipped producer. A film producer should have sufficient financial wherewithal and he must also have a thorough knowledge of the art of film-making. The contribution of the ill-equipped producer towards the deterioration in the quality of our films should not be under-estimated. Many such producers are often compelled to abandon the production of a film after shooting a few reels or to complete the film without regard to the standard to be maintained or other production values.

I would also like to emphasise the need to bring down and maintain the star price which seems to be soaring. This might in a few years' time spell danger to the very existence of the industry. It is high time some limit is set to the star price.

The Government's attitude towards the film industry, in general, has also not been very helpful. In fact, the burden of taxation has been so heavy that the industry is wilting under it.

The influence operating between the producers and the cinegoers is mutual. The taste of the cinegoing public has certainly improved and with it the quality of our films. It is absolutely necessary, therefore, to study the public taste.

You cannot generalise on the nature of public taste. Many factors influence it. There is a class of people who are educated and judge films from their own point of view; there are others who rely on other people's opinion. In a vast country like India, where you come across the greatest intellectuals and the worst illiterates, there are in between people of various intellectual standards and tastes. A generalisation of public taste is not possible. We have produced pictures which can be ranked among the best in the world; we have also produced trash.

Many a film with noble theme has failed at the box-office. Public taste is sometimes influenced by the success of a commonplace film. It is easy for human frailty to be drawn towards bad films. Unscrupulous producers who do not realise their responsibility towards society often exploit this weakness. In foreign countries, with the advent of TV film producers are driven to make cheap or sexy films in their desperate attempt for survival. This is also true in the case of some producers in our own country. While in recent years we have had a number of quality films with good themes, it is a pity that there have also been quite a few bad films. These have a corrupting influence, an as a consequence the public taste tends to go down. It is the primary duty of the producer to improve the taste of the cinegoer.

Before saying what the industry can do improve the public taste and raise the standard of our films. I would like to stress that it is the Government which can and should play the major part in this direction as the industry is under its protective wing. The Government should bring down taxation and remove the restriction on the import of modern equipment to improve our films and keep abreast of technical advances attained in cinematography abroad. The policy of the Government towards the industry in granting loans should be broad-based and on more favourable terms.

If the Government helps the industry, the industry also would be in a better position and is bound to see how it can serve the country better by raising the standard of films and by bringing in foreign exchange by exporting films for exhibition abroad.

In order to improve the public taste, the industry should do everything in its power to encourage new talent. As an actor, I can say that the standard of acting has definitely improved and we have more mature artistes than in the past. I do not believe in schools for acting. Actors are born, but maturity comes only with proper direction and training. The stage is the only place where an actor comes face to face with the audience and where the people's verdict about his histrionic talent is given on the spot. It is here alone that an actor gets an opportunity to judge his performance and see the result on the faces of the audience. I would therefore recommend to all those aspiring for stardom to first get their training on the stage.

This article is taken from the Film Industry of India which was compiled by B K Adarsh in 1963. The image used is taken from Cinemaazi archive and was not part of the original article.