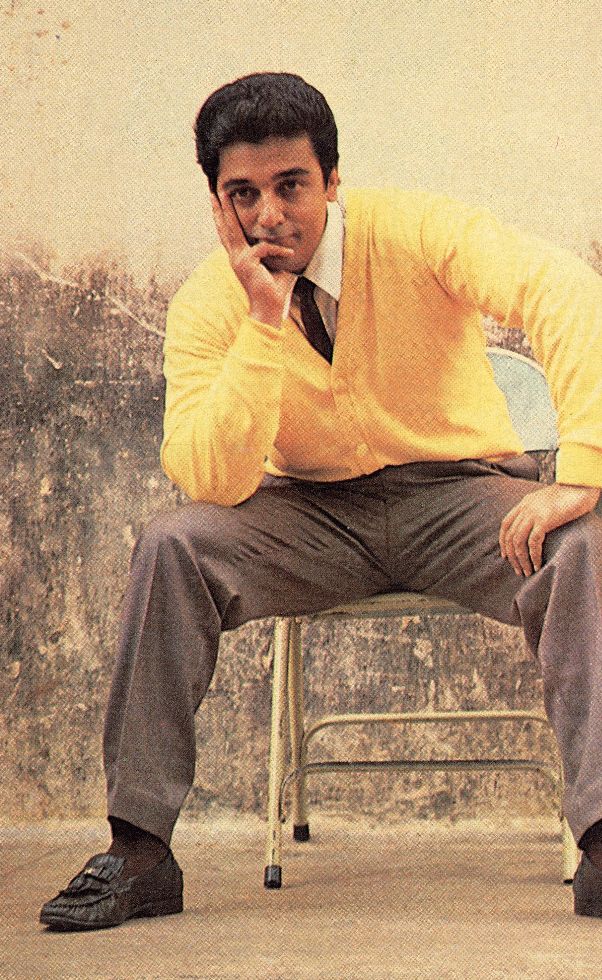 Actor Kamal Haasan, recipient of this year’s Padma Bhushan, reflects on his art—his life force.
Art, to me, is cinema. Others may not agree with me. But that is only because they do not understand the art in cinema. It is so different from all the conventionl art forms like drawing, painting, music or dance. Cinema is much more complicated than any of the other arts.

In any other art form, proficiency in a single field of activity entitles you to a position of greatness. I, for one, am a great fan of Allah Rakha and his son Zakir Hussain. Both are outstanding tabla players. They have attained great peaks in their field. May be they can go a little higher. But no further.

There are limitations. In cinema, things are different. You are not complete being a great director alone. Because there are other areas in which you can grow. The technical side, cinematography, editing. The acting aspect, dance, bodybuilding, emoting...
It is such a versatile medium. In cinema, one can really embark on a voyage of self-discovery and keep unearthing hidden facets, yet be only a part of a great art without being totally in control. That goes even for a Charles Chaplin.

Cinema may not be the ultimate art. It may be overshadowed by new forms in the future. But, as of today, cinema reigns supreme in the world. The art critic might not give the same respect they show to a Picasso, to a Godard, or a Coppola. But that does not really matter. Tomorrow they will gain due recognition.

I first started off thinking that this is an auteur’s medium. That I would gain control over this field totally and be a master of things. Today I realise that this sort of complete mastery is just not possible in cinema. I started off with writing, but one found that that was not everything. I knew dance and I thought that I’d be one of a kind, the only actor who knew classical dance. But that was not everything. It was only one of the ingredients that went into acting. Then I thought perhaps a good physique is all important. But then, half-way through the grunting and the panting I realised that it was just one of the things. I wrote screenplays for films. A couple of flop scripts and more than a couple of successful ones. I have wielded the megaphone without getting my name into the credit lines. All this in addition to the 154 films I have acted and the five films I have produced.

The first film I produced was Raajapaarvai. It was, I felt, a very good film. But commercially it was a disaster. It was a fairly well-dressed story. Intelligent. May be even clever. But it lacked that wise look about it. Undeniably, it was technically superior to any other film that was I made around that time. If nothing else, it served one purpose. I had always wanted to own a camera, and on the pretext of making a film, I was able to buy one. I’d say Raajapaarvai flopped because it was ahead of the times. The people did not want that type of a film then. Today the same film might be a success.

Vikram was another technically sound film. Full of technical innovations. It did reasonably well. Better than Raajapaarvai. But it could have done better. May be the audience did not want me in that type of role.

I wanted to do a film with Sathyaraj. I liked the gentleman very much. So l booked him. Then I looked for a suitable story. An action-oriented role. The result was Kadamai, Kanniyam, Kattupadu, based on a Malayalam film. It did very well at the box-office.

That was when Nayagan happened. It was a film with great scope for acting. It was almost a period film. The costumes, the sets, everything had to change according to the period. And so also my appearance. The gradual transition from a youth to an old man.The people liked it all. For it was a different type of role. It was a role that brought me back, so to say. I will not say I am now number one or number not mean anything. Either you are a good actor, or you are not. Today Apoorva Sahodarargal is the grosser. But that does not mean anything really.

Sathya was a film that dissected the anatomy of violence in the youth. That was a time when I was thinking a lot about violence in society. It did well, but Nayagan and Satya were contemporarily released, so that might have affected the market a bit. Unnal Mudiyum Thambi was a disaster. But it was K Balachander’s film and I could not refuse him. I did Soorasamharam, dealing with the problem of drug addiction, which was thematically a good film. But there was something missing. It somehow did not carry a ring of conviction.

Apoorva Sahodarargal was an outstanding film. It took us a long time to make. The story itself was selected after a process of elimination. I got so carried away by the character of Appu, the dwarf in the film, that I practically limited my story to him. I could not even think beyond the limitations of Appu. Nobody initially believed that it could be done. The tall fellow and the short fellow. The most difficult part was thinking how it could be done. And then it all fell in place.

How exactly was Appu done? That is my little secret. Which I intend to keep until I can think of something more impressive. As I said earlier, the celluloid medium is limitless. One can continuously keep innovating, improving and thinking up new things to do. And that is what makes this art more exciting, more challenging and enjoyable than any other art form.

This article was originally published in the The Illustrated Weekly of India, March 4, 1990.
527 views