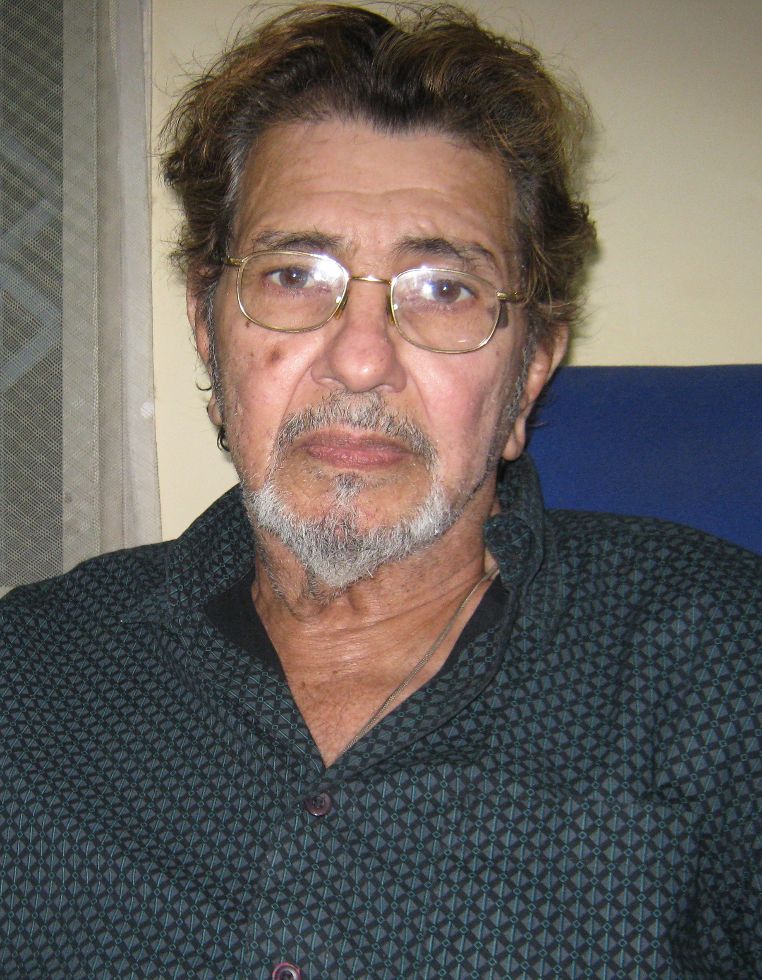 Thrill-suspense based films like Madhumati (1958), Bees Saal Baad (1962) and Woh Kaun Thi (1964) have always attracted me and I never leave an opportunity to watch such movies again and again. With the onset of colour films, the horror films of Ramsay Brothers also joined them in attracting me. The 1972 release Do Gaz Zameen Ke Neeche was the first horror film made under the Ramsay Brothers whose runaway success made them dedicate themselves completely to the production of horror films. I saw this film in my youth 7-8 years later when as per the culture then, it was re-released in my hometown Dehradun. The movie's villain Imtiaz Khan had impressed me the most. Thin, fair-skinned, tall in height, a rough and tough face, as well as effortless acting, gave him an impressive personality. When I came to know that he is the elder brother of Sholay's (1975) Gabbar Singh, his impression and attraction increased manifold for me.

Time meanwhile flew by. I left my hometown and joined the crowds of Mumbai. This megacity gave me recognition as a Film Historian and Writer. One day I not only met Imtiaz Khan but also got an opportunity to work with him on a project over many months. Actually, Imtiaz Ji and Amjad Khan had been associated since long with theatre as a director and actor respectively. Their English play Loot had been very popular during its time and now it was proposed to be played in Hindi too. Along with assisting Imtiaz Ji in the Hindi translation of the play, I also played an important character in it. The role which Amjad Khan used to play in the English original had been done in Hindi by TV's famous actor Chaitanya Adeeb. Chaitanya is the grandson of the brother of the late actor Prem Adib. During the preparation of Loot, I also interviewed Imtiaz ji which was then published in Rajasthan Patrika.


"I was more interested in direction and my efforts were in the same direction. I had already become known as a writer-director in the theatre world, but I was forced to take up acting."

Imtiaz Khans paternal Grandfather Sayd Ahmed Khan belonged to a Peshawar based Pathan family and was the ADC of His Royal Highness, Maharaja Jai Singh of Alwar. Both his sons Jehangir and Zakaria Khan were also holding government jobs there like their father. While Jehangir Khan was Alwar's Superintendent of Police, Zakaria Khan was a Second Lieutenant in the Royal Cavalry. This was at the beginning of 1930s and Talkie films had just arrived. They both were so attracted by them that they resigned from their respective job and came to Mumbai with dreams of working in films. Unfortunately, Jehangir Khan sadly passed away in a road accident shortly after coming to Mumbai. By then Zakaria Khan had already become a star with the screen name of Jayant after working in movies under producer Shankarbhai Bhatt and Vijay Bhatt's banner Prakash Pictures.


Jayant went on to become a popular character actor as well in coming times. During the 1970s, both the sons of Jayant also went on to become stars. While the younger son Amjad Khan became a star with the 1975 multi-starrer Sholay, the elder son Imtiaz Khan became popular with the low budget sleeper hit of 1972, Do Gaz Zameen Ke Neeche. However, Imtiaz Khan recalls, “I was more interested in direction and my efforts were in the same direction. I had already become known as a writer-director in the theatre world, but I was forced to take up acting. Though I had already worked in a couple of films as a child artist during my childhood”.

Imtiaz Ji was born on 15th October 1942 in Peshawar. Shortly after his birth, his mother joined his father in Mumbai. Imtiaz Khan first faced the camera in Nazneen (1951). The lead actor-actress of this P N Arora production were Nasir Khan and Madhubala. Music of the film was given by Ghulam Mohammad. Both the brothers, Imtiaz and Amjad were seen in this film in Talat Mahmood song, Chandni raton mein jis dum yaad aa jaate ho tum.

Imtiaz Khan says, “Film Nazneen was directed by my paternal uncle Nazir (N K Ziree). Later he directed Kishore Kumar-Shyama starrer Chaar Paise which released in 1955. He migrated to Pakistan after that. Apart from Nazneen, I acted as a child artist in 4-5 more films including Nanabhai Bhatt's Watan. I also played an important role in Khwaja Ahmed Abbas's film Gyarah Hazar Ladkiyan (1962). However, my inclination towards becoming a director was increasing day by day. K. Asif was making Love and God (1986) at that time and I joined him as an assistant for the same.”

The hero of Love and God was Guru Dutt. Just a few reels of the movie were canned when he suddenly passed away. On the other hand, financier Shapoorji Pallonji also dissociated himself from the film. Then K. Asif also passed away after some time. As a result, the production of this movie which was progressing slowly came to a grinding halt and it remained incomplete. During this time, Imtiaz Ji also assisted Khwaja Ahmed Abbas for his film Hamara Ghar (1964). At the same time, he also did English translation of Abbas's film Shehar aur Sapna which was being sent for the Karlovy Vary International film Festival. Imtiaz Ji says, “That was the happiest time of my life as I was in the regular company of distinguished personalities like Sahir, Krishan Chander and Ali Sardar Jaffery”.

The first independent film as a director which Imtiaz Khan got was Zindagi Ki Raahen. Initially, its hero-heroine were Sanjay Khan and Alka respectively. Later they were replaced by Sanjeev Kumar and Radha Saluja. However, the film remained incomplete. Imtiaz ji says, “My struggle period started once again. As a result, I became Chetan Anand's Assistant for Heer Ranjha though it was already nearing completion. After that, I also assisted him for some time on Hanste Zakham (1973). Around the same time, when Ramsay's offered me the role of the villain for Do Gaz Zameen Ke Neeche, I was forced to agree to it due to the circumstances.”


The stupendous success of the movie Do Gaz Zameen Ke Neeche gave a new turn to his career. During the 1970s, Imtiaz Ji played important roles in many hit films like Yaadon Ki Baaraat (1973), Dharmatma (1975), Zakhmi (1975), Zorro (1975), Kaala Sona (1975), Kabeela (1976) and Darwaza (1978). His career was reaching new heights. However, at that time, a well-known newspaper, published a spicy writeup linking him to a top heroine of the time. This resulted into the heroine not only dissociating herself from him but also she coldly refused to give dates for all the four movies nearing completion which Imtiaz also was working in. As a result, Imtiaz Khan's career graph came to a halt with a dash.

Imtiaz says, “At the time, my concentration started returning towards direction and I started getting films as well. Unfortunately, except the 1982 release, Pyara Dost all others remained incomplete due to various reasons. These included big films like Sunil Dutt-Reena Roy's Krishna Kartar Raheem, Jeetendra-Amjad-Bindu's Patthar Ki Muskaan and Feroz Khan-Sulakshana Pandit's Shikar Shikari Ka.”

Though his film career did not last long, he managed to establish himself as a top TV show director soon. Along with Gujarati serials, he also directed hit shows like Doordarshans Ankahi, Noorjehan, Maano Ya Na Maano and Star Pluss Deewarein.

“At the time, my concentration started returning towards direction and I started getting films as well. Unfortunately, except the 1982 release, Pyara Dost all others remained incomplete due to various reasons. "

Imtiaz Khan's wife Kritika Desai is a popular TV serial actor. After Loot, he was planning to revive his old play Chunchun Karti Aayi Chidiya which was based on Ken Kesey's famous novel One Flew Over the Cuckoos Nest. It was one of the most successful plays of its time with (Late) Amjad Khan in the lead role. Now Amjad's daughter Ahlam was planning to produce it. Due to some reasons, Loot was not staged after one show. After that, don't know what happened to the plan to stage Chunchun Karti Aayi Chidiya. Imtiaz Ji also remained away from the limelight after Loot.