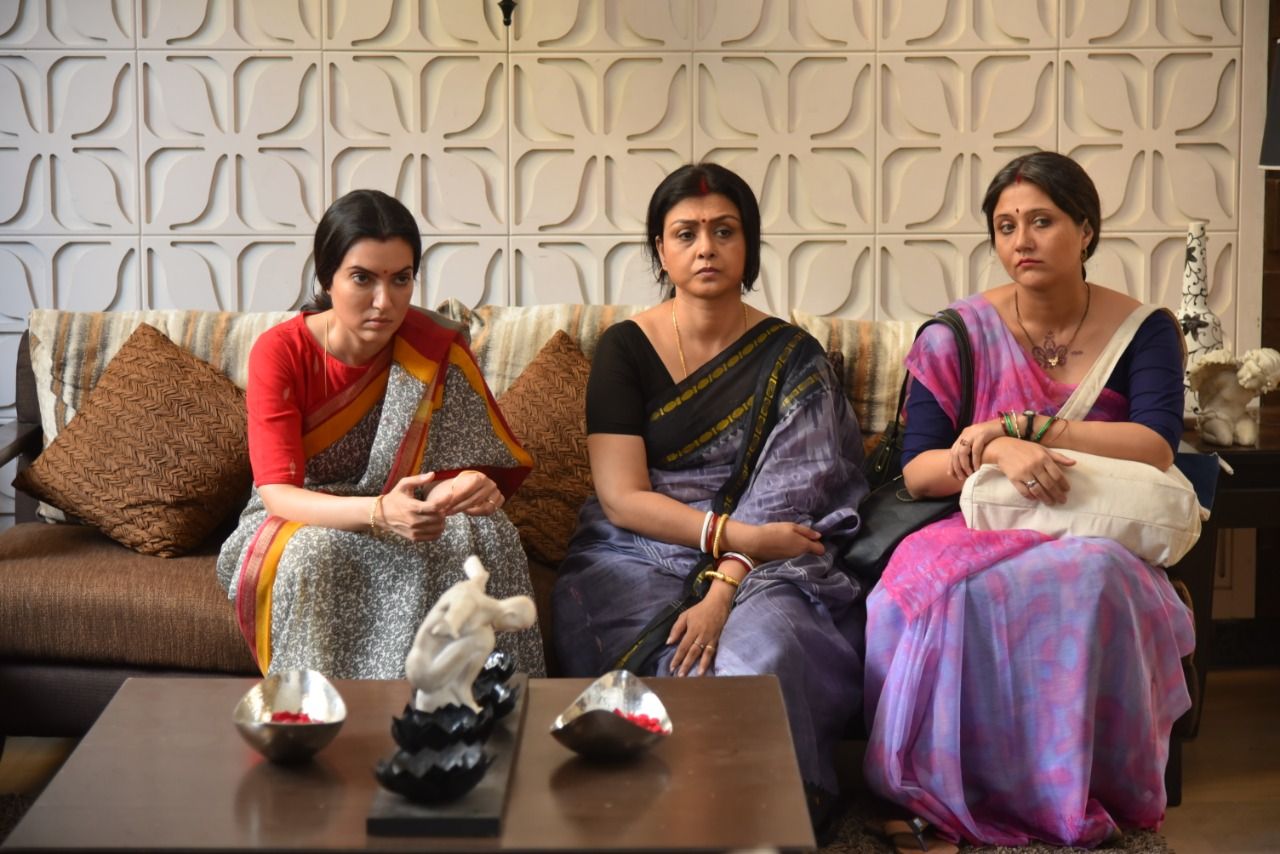 After the much-deserved critical success of Abyakta, Arjunn Dutta returns with a feel-good fable of hope and empathy

Insomnia? Anaemia? Frigidity? A doped-out son? A cheating husband? A mother-in-law with bowel issues? Here comes Dolly Bagri – healthcare product salesperson who likes to underline her name in every conversation, who puts an earbud to the most innovative use I have seen – as a panacea for all ills.

Srirupa (Arpita Chatterjee, in an affecting performance) is battling multiple ailments – arising primarily from low self-esteem. Having sacrificed her potential as a classical dancer, she now lives in the hope that having a child will address all her problems. Of course, that’s not easy when her husband Arnab (Ishan Mazumdar) is having an affair with a colleague, and accuses her of being ‘frigid’. Arpita’s friend Renu (Debjani Chatterjee) has her own set of issues, with a young son Tukai (Anubhav Kanjilal) who lives in a perpetual dope-induced haze and a mother-in-law who is not all there. Enter Dolly Bagri, purveyor of hope, empathy and faith. Evoking memories of Hrishikesh Mukherjee’s Bawarchi, right down to the missing valuables towards the end, Guldasta’s seller of healthcare products proceeds to set things right for Srirupa and Renu. Evoking memories of Hrishikesh Mukherjee’s Bawarchi, right down to the missing valuables towards the end, Guldasta’s seller of healthcare products proceeds to set things right for Srirupa and Renu.
After the creative high of Abyakta, it is easy to pick issues with Guldasta, even if comparisons are odious. For one, despite the intangibles Dolly has to offer, I could never get over the fact that at the end of the day she does sell health products. At the same time, while it’s never a secret that despite her sunny disposition and endearing ‘Okay Dear-s’, Dolly has her own share of miseries, does it need to be spelt out in as many shots? The strength of Arjunn’s first film lay in the economy with which he evoked the relationship between two men. That is what is lacking here. Consider, for example, the film’s most dramatic sequence when Rhea (Anuradha Mukherjee), Arnab’s lover, comes visiting Srirupa and Arnab. Arjunn has the cinematic intuitiveness to keep this sequence superbly understated, only to go for a longish coda marred by verbosity and melodrama. Then there are the underdeveloped strands that seem rushed and convenient – the resolution of the Arnab-Rhea affair, the way his mother’s illness transforms Tukai almost overnight into a caring son, even the way Srirupa gets back to a semblance of normality with Arnab – a visit to the IV clinic, a dinner out included.