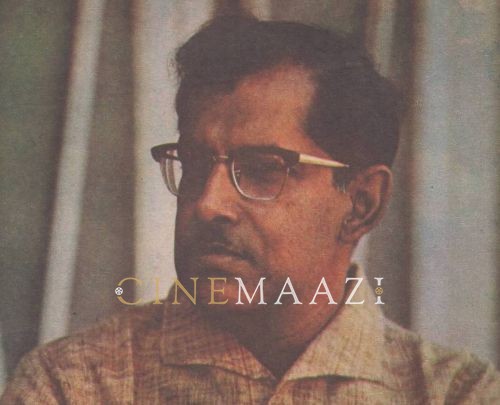 In a career spanning more than four decades, from 1953 to 1998, Hrishikesh Mukherjee made approximately 50 Hindi language films, most of which articulated the human condition. Shunning extravagance, ostentatiousness, or experimentalism in form, themes, or treatment, his films nevertheless resonated deeply with critics and audiences because of “their middle-of-the-road accessibility, heart-warming irony, and literate sensibilities,” as film historian Dinesh Raheja wrote for Rediff. In addition, they came with a fantastic sense of humor of the non-kitschy, slapstick variety. His noteworthy works include Anuradha (1960) in which he dealt with the alienation of an idealistic husband and his ambitious wife, Anupama (1966) which told the tale of a daughter forsaken by her hostile father, the emotionally gripping Anand (1971), Guddi (1971), Bawarchi (1972), Abhimaan (1973), Chupke Chupke (1975), Golmaal (1979), and Khubsoorat (1980). Renowned for his social films that reflected the changing middle-class ethos, he remains memorable for carving ‘a middle path between the extravagance of mainstream cinema and the stark realism of art cinema’. His contributions to Indian cinema saw Mukherjee honored with the Dadasaheb Phalke Award (1999) for lifetime achievement in filmmaking as well as the Padma Vibhushan (2001), India’s second-highest civilian award.

Born on 30 September 1922 in the erstwhile Calcutta, he graduated in Chemistry and went on to teach Mathematics and Science for some time. Beginning his career in films as a film editor in Calcutta’s Bengali-language film industry in the 1940s, he went on to take up the role of a cameraman and editor in New Theatre, the Calcutta-based film studio, where he mastered the art of film editing. Moving to Bombay in 1951, he was engaged as an assistant director to renowned filmmaker Bimal Roy, working as the acclaimed director’s film editor in landmark films such as Do Bigha Zamin (1953) and Devdas (1955). Under the mentorship of Roy, he learned all aspects of filmmaking. A keen student of the craft of filmmaking, he went on to explore various innovative narrative techniques.

Mukherjee made his directorial debut with Musafir (1957). Written by Ritwik Ghatak, it revolved around a house and the lives of three families who live in it; in essence, it was three stories linked by the house. Starring Dilip Kumar, Kishore Kumar, Keshto Mukherjee, Suchitra Sen, and Nirupa Roy, the film won the Certificate of Merit for Third Best Feature Film in Hindi at the National Awards. The film is regarded as an ambitious, though unsuccessful, experiment in episodic structuring.

Impressed by the film’s content and technique, which were far ahead of their time, actor-director Raj Kapoor recommended Mukherjee as the director for Anari (1959), which starred Kapoor himself and Nutan. The film met with critical acclaim, with its screenplay and performances of lead actors, in particular, winning praise. It went on to become the highest-grossing film of the year, being declared a super hit. This commercially successful and critically acclaimed film naturally brought its maker, Mukherjee, some well-deserved recognition.

In the years that followed, Mukherjee went on to make numerous notable films. His Anuradha (1960) dealt with the alienation of an idealistic husband and his ambitious wife, while Anupama (1966) told the tale of a daughter forsaken by her hostile father. His oeuvre peaked in the 1970s, starting with what most consider his masterpiece--Anand (1971). Starring Rajesh Khanna and Amitabh Bachchan, the film grippingly told the emotional tale of a terminally ill man who wishes to live life to the fullest before the inevitable occurs, as narrated by his best friend. The film went on to gain a cult following and is hailed as one of the greatest Hindi films ever made. Aided by powerful performances by then heartthrob Rajesh Khanna and the emerging star Amitabh Bachchan, the film is a symbol of Mukherjee’s mature style. Its direction focussed on pure narrative, eschewing technical flourishes and camera tricks.

Mukherjee’s film articulated the human condition. They were simple yet rich in substance, which led to his work resonating deeply with both critics and the educated middle-class audiences alike. His Anuradha explored how Anuradha Roy (Leela Naidu) grapples with the choice of living with her husband Dr. Nirmal Chowdhary (Balraj Sahni), an idealistic doctor who serves the poor in a village and following her passion which is music.

Satyakam (1969) starring Dharmendra, Sharmila Tagore, Sanjeev Kumar, and Ashok Kumar, focused on a young man’s disillusionment with post-Independence India. It explored whether freedom from the British meant replacing foreign oppressors with local ones. Namak Haraam (1973), the only other film that again brought together Rajesh Khanna and Amitabh Bachchan, explored the conflict Vicky (Bachchan) faces as he is torn between his friendship with Somu (Rajesh Khanna), a blue-collared worker in a factory, and his own capitalistic dreams. Bawarchi made a case for a little understanding and love to smooth the creases in a large dysfunctional Indian family, while Khoobsurat emphasized the point that every generation has its strengths and weaknesses.

Mukherjee’s characters, the language they spoke, the issues they faced, their heartaches, and happiness found an echo in the hearts of his audiences. To him also goes the credit for introducing talents such as Amitabh Bachchan and Jaya Bachchan to the masses.

With the march of time, Mukherjee found himself increasingly out of step with the demands of the new decade of the 80s—namely action and angst-filled cinema. Turning to television briefly, he directed serials such as Talaash. He attempted a directorial comeback with Jhooth Bole Kauwa Kaate (In 1998); however, the film left much to be desired both critically and commercially.

An all-time great of Indian cinema, Hrishikesh Mukherjee remains memorable for telling the simplest of stories in the most enchanting manner. “Standing on your balcony, one can look down and see the dirty drains or can look up and see the beautiful sky and stars,” he is reported to have once said this in an interview. His cinema was a reflection of this philosophy, which includes moments of beauty and darkness. Enriched with a profound understanding of human nature, life, death, and everything in between, the realism, wit, pathos, and social commitment he seamlessly wove make them achingly relevant even decades later.

Hrishikesh Mukherjee passed away on 27 August 2006. 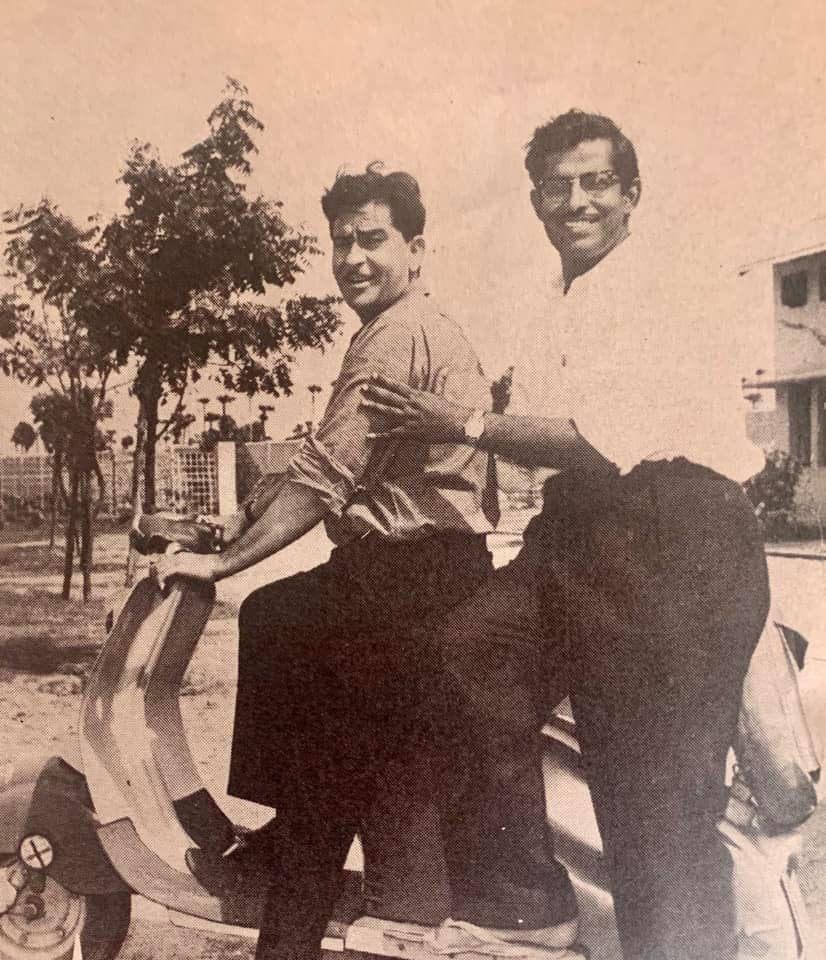 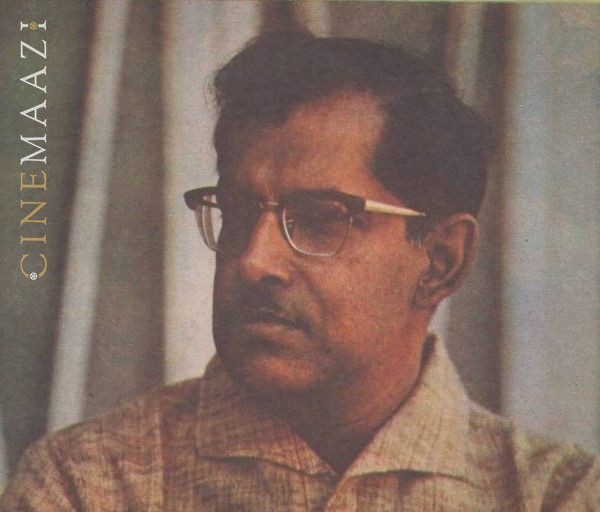 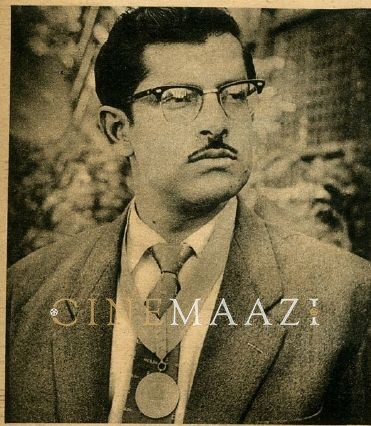