How To Make A Hit 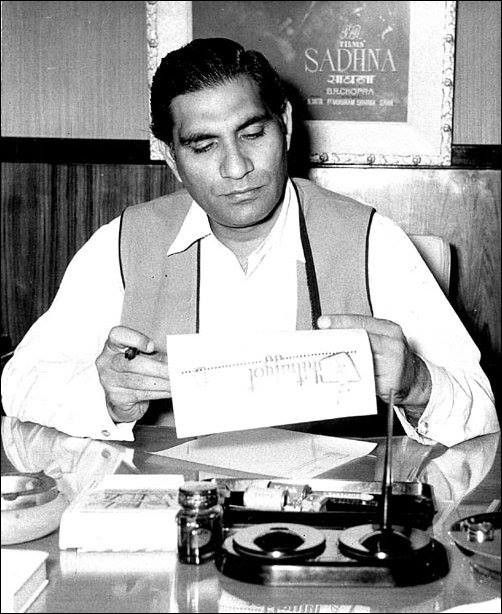 Judging possibly by some of the recent success I have had at the box-office, my friend Mr. B.K. Adarsh believes I have some mathematical formula and has, therefore, asked me to write something about how to make a hit. In this connection, I am reminded of a story.

Once upon a time, a King had a very beautiful daughter. As she was the only child she was pampered and rather haughty. The King brought so many proposals for the marriage but the princess turned them down with scorn. The king was at his wits end and in desperation announced that the princess would wed the first person who entered the gates of the city. The lucky bride-groom turned out to be a barber and the princess had to wed him.

My case is also like the barber who by sheer chance entered the gates of the city and got hand of the lovely princess.

Just as the King could not find what could satisfy the princess, I also do not know the equation that would make a hit of a picture. If I start making a formula of the success of the pictures, I would only be trying to look wise after the verdict of the public.

I can tell you in confidence that even after the little success I have had in recent years, I feel quite nervous about every next picture of mine. It is really paradoxical that we start the production of a film with all the confidence, but we start becoming nervous as we approach the day of judgment by the people. We feel that the story is superb, the cast just the type that should go with the plot in addition to its being composed of the top names to attract the initial crowds; the music geared up to the best possible tunes with lyrics to match; as the picture progresses our confidence goes on increasing. The rushes and the picturisation of songs, the dramatic climax all give us courage and we look forward eagerly to the completion of the picture. The distributors who see the rushes and sign up territories with fat deposits add to our confidence. But once we put 'The End' to the picture, nervousness takes the place of confidence and we start saying- "Well, we have done our best, but we do not know how the public would take it." The public, which is the final arbiter of a picture's destiny. And to prove whether you were initially right or wrong in your judgment both in regard to the story and other departments of picture-making, you have to go all the way to the release day to seek the verdict of the people. I might like to be wise and give a philosophic pondering over the various items that contribute to the success of a picture but all that will only be a lecture. In my opinion every picture is a problem in itself and you cannot have any generalisation about anything.

I regard every picture a problem in itself which admits of no mathematical break up into any formula of success. From the selection of story to its final presentation on the screen there are so many stages each one of them depending upon the individual merits of the person handling it, that it is well-nigh impossible to fix these heterogenous factors into any ordered shape.
Now, if I say that the story should be good, the music should be appropriate and the cast should be properly and judiciously selected, so as to justify the characters in the story; it will appear tall-talk. Because who does not know that a good story is the basic necessity of a picture as it provides the foundation to the structure of a film. And who does not know that you cannot have a sound top without havinga sound base. Again who needs telling that good music goes well with our audiences-almost all the Silver Jubilees can be traced to the presence of popular music in the pictures-and brings in long queues. And again who does not know that a good star cast besides being a commercial asset is essential for the proper telling of the story. But all this common knowledge, you may ask- what is a good story? What is good music? Can anybody give a chemical formula for a good story? Some people do attempt to break down a story into percentages of romance, laughter, pathos, music and drama but we have seen several times that with all the carefully calculated cauldrons the pictures have known to topple at the box-office.

For music, also there is the same uncertainty. Once upon a time the son of an ex-Maharajah in the course of discussion snubbed me-why can't you people find even a couple of songs that appeal to the box-office. When I smiled at the utter lack of film knowledge he became wild and said, "Left to me, I can determine the possibility of a song any time". He did try to do it but landed himself into serious financial trouble.

He has the experience though-because he does not talk in the same tone as he used to do.

To the outside public it does appear quite easy. They seem to think that when they can like a song in a cinema hall, why can't they select it during recording. Well, this alone is the cause of uncertainty of the show business. With all our cleverness and study we have to face the audience and audience-fright is just like the examination-fright, because with all your theories you have to go all the way to the release day to know whether you were right or wrong in your judgment which you took at the begining of the project.

So my dear Adarsh, I will not attempt to theorise on picture-making. I regard every picture a problem in itself which admits of no mathematical break up into any formula of success. From the selection of story to its final presentation on the screen there are so many stages each one of them depending upon the individual merits of the person handling it, that it is well-nigh impossible to fix these heterogenous factors into any ordered shape.

If anybody tells you he has a formula for a hit don't believe him. He is talking through his head and I refuse to talk through my head. Film-making is a multiple art of creation and no creation can admit of a formula. Can you produce a male child by mathematical calculations?

We are all like the barber in the story waiting to get hand of the princess some day.

Nothing succeeds like success was never better applicable than to films. I only wish to add that sincerity of purpose and a religious attachment to our ideals backed-up by inspired diligence are the only thing that have never known to fail.

This is taken from the book Film Industry of India. The image used was not part of the original article
210 views

Other Articles by B R Chopra