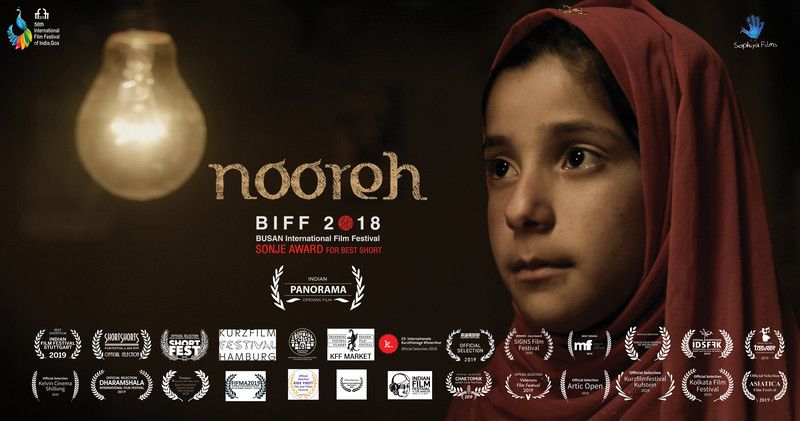 The recently concluded Calcutta International Short Film Festival 2020, organized by the Independent Film Society, was a major success despite the obstacles engendered by the pandemic. Festival director Shubhankar Mazumdar spoke to Cinemaazi about the maiden edition of the festival…

In a year when even established film festivals took time-out given the logistics of putting one together in the time of a pandemic, it takes a lot of heart and vision to debut with one. The intrepid Independent Film Society did just that with their debut edition of the Calcutta International Short Film Festival, held online between 18 and 20 December. In the run-up to the festival, festival director Shubhankar Mazumdar said, ‘Makers of short films don’t seem to get much support or recognition in India as much as they do globally. More than 70 per cent of international festivals have dedicated a section to short films but the number is negligible when it comes to Indian festivals. Therefore, it is important to create an ecosystem that provides them with economical support and encouragement.’


Over the three-day period, the festival showcased ninety-six films – under four categories short fiction, short animations, experimental shorts and documentary shorts – in the competition section, curated from across the world. What made the festival stand out was a series of workshops and masterclasses conducted by internationally acclaimed filmmakers from 12 to 17 December to ‘create a financial and technical support system and equip young and independent filmmakers with the right kind of know-how’.

Given the lack of recognition that short films have in India, what is the vision that drove you to think of a short film festival? What are the other comparable festivals in India and how do you envision the Independent Film Society and the CISFF as providing something different that others do not?
It will be wrong to say short films lack recognition in India. With the rise of enthusiastic filmmakers and cinephiles, short films have become a culture nowadays. If you look closely, around 300+ short film festivals are being arranged in India every year from schools to colleges to film societies to even central and state governments.

We, the Independent Film Society, have added an extra layer to the short film festival. We made our short film festival not only about watching films but also learning and enlightening filmmakers at the same time. In the week preceding the festival proper, we arranged masterclasses and workshops on various contemporary topics like film festival publicity, pitching to producers, VR filmmaking, taking these masterclasses beyond merely talking about filmmaking techniques. And we were gratified with the global participation.
What are the challenges that you have faced – both in curating a festival like this at the time of a pandemic and in making the short film as an art form reach out?

I have always believed that we are nothing without challenges. Although our festival was delayed due to the pandemic, I am happy how things have turned out. Frankly speaking, despite the restrictions and fear, the support and response for our very first edition were phenomenal.
We received 475 films across forty-seven countries, and it was beyond what we expected for our first edition. This pandemic has made filmmakers look for a window to communicate with the world, and the Calcutta International Short Film Festival provided the same.

As I’ve told you earlier, short films are very much in vogue now. If you take it as a challenge, it is a challenge; otherwise, it is just another way of communicating. We have constituted this model of communication in Kolkata and will definitely nourish it in the years to come.
A festival like this requires a lot of logistical and financial support – has the state or the film industry in the state come forward with any support? What has the response been like, both from potential viewers and from the community of film-makers? Do you have an action plan to make this festival an annual affair?

As our name suggests, we are an independent film society, and we planned to host our film festival in the indie filmmaking style. And we enjoyed ourselves throughout the process. We also got sponsors and support from many individuals and organizations, and we are grateful to each one of them.
To answer your second question, it’s tough for me to put in words how much love and support we have received from the community itself. From wishes to greetings to suggestions everyone came together to put things together and make this festival happen, especially during this time of the year.

This was the first edition, of course, and we are looking forward to making this happen in the future, with more participation indeed.

Do you think that the short film is finally coming of age in India? With easier access to technology – both making a film (the mobile phone as a tool) to finding a platform to stream (OTTs to YouTube) – what does the road ahead look like?
I am glad that we are making more and more short films now, as you mentioned everyone has been making something or the other, especially during this pandemic.

But what matters right now is how it impacts society. All of us make films but at least something or someone must be there to make a difference in society and to speak for something, precisely communicating with the audience. Whether you watch a film on the big screen or on an OTT platform, at the end of the day, the film must linger in the audience’s mind for a while.

And I feel, we have a huge potential and we can do something great and productive. There’s no harm in experimenting every day, even if it is with your mobile phone or your camera. Content, making, and lastly how you connect to the audience matter the most. Tell us about the one defining experience and learning from the festival – something that has been uplifting for the spirits, which gives you hope, and something that you think needs to be addressed to overcome?
I’ve been working with a team comprising seventeen members of different age groups, and each one of them has taught me something or the other, from being patient to overcoming crisis to being honest.
I’ve grown older and wiser while working with them and there were, of course, tough times but trust me the way they gave me hope and love is beyond any words. I thank each one of my team members for being with me and bearing my tantrums. It has taught each one of us that we need to work as a community and make things better in the future.

A special honorary award, dedicated to the memory of the legendary actor Soumitra Chattopadhyay, was also constituted to recognize talented individuals from across India every year. This year, the award was received by Ritwick Chakraborty for his short film Hunger Artist produced by Fatfish Entertainment and directed by Kamaleshwar Mukherjee. An adaptation of Franz Kafka’s short story entitled ‘A Hunger Artist’, the film has won international acclaim and was screened at the festival. In the words of the director, ‘My short film’s story is developed from one of Kafka’s finest works. It’s about a man who makes a business model, a profession, of his exceptional ability to starve.’
Poulomi Bose, daughter of Soumitra Chatterjee, congratulated Ritwick and the festival team. ‘My father was a big supporter of every kind of film societies and was also a member of many such societies. He always encouraged everyone to come forward and work towards good cinema. He was especially fond of the format of short films. He had a lot of faith in Kamaleshwar Mukherjee’s sensibilities and aesthetics as a director. It is really appropriate that this time the inaugural film was by him. Lastly my father was a very big fan of Ritwick Chakraborty, he thought that Ritwick was one of the finest actors in his generation and one of the finest actors who had been working in Bengal currently. He really felt that Ritwick’s performances were so nuanced, his acting was so subtle and so right for cinema. He would have had been very proud seeing him receive the award. We as a family are very honoured that they have constituted an award on my father’s name and we wish them all the best and hope they continue this festival every year.’ Speaking on the occasion, Ritwick Chakraborty said, ‘It is such a great pleasure to receive this award. I really feel honoured, I’ve been a big admirer of him and receiving an award dedicated to him makes it more special. I would also like to thank Kamaleswar Mukherjee and Fatfish Entertainment for casting me in the film. All my best wishes to CISFF and I wish they continue the festival every year and make a platform for good cinema.’