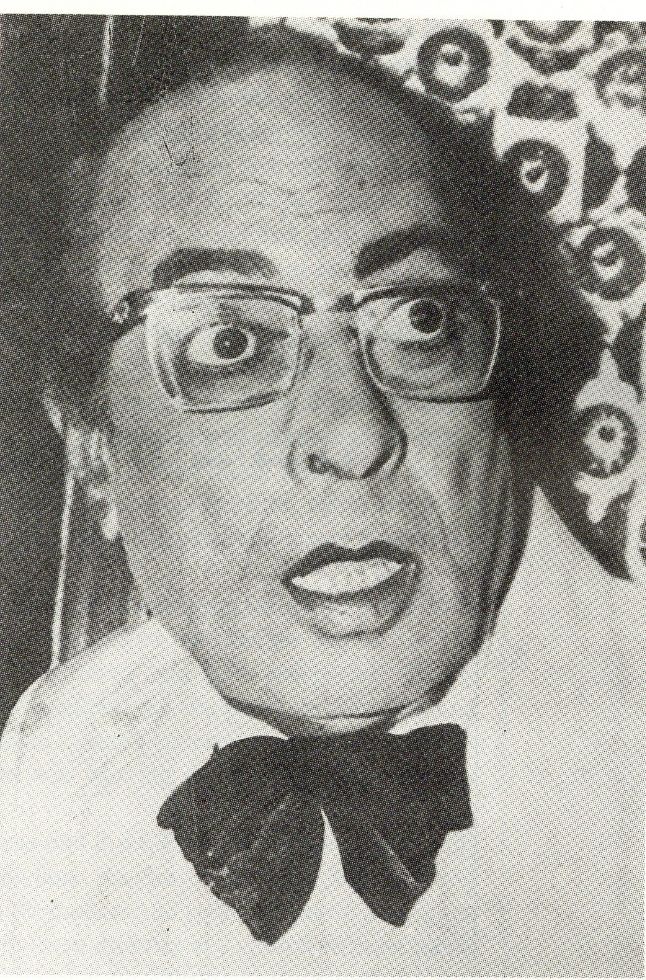 This is a choice example of the ancient art of flattery - chamchagiri as filmwallahs have termed it for decades. And it is not just that, it's also about the clash of two educated film people in the fine art of one-up-manship.

One of the two persons in this very different kind of triangle drama was the ebullient Janki Dass, an M.A. in English and History from the Punjab University. He joined V. Shantaram's Rajkamal Kalamandir Studios as an assistant-cum-actor-cum-publicist-cum-jack-of-all trades on a salary of Rs. 500 per month, in 1945.

The other was Dewan Sharar who like Janki Dass was also a highly educated and literate person. A novelist and scriptwriter, Dewan Saheb like the actor David, used to be an almost permanent resident at the Cricket Club of India, had written the successful novel Gong of Shiva which had been made into an English movie. Dewan Sharar was working at Rajkamal as a script-writer, and was much senior to Janki Dass.

"I was keen to impress Shantaramjee somehow," Janki Dass told me. "And I hit upon the most splendid idea. Taking pen to paper I wrote:
'From time to time, Mother India has given birth to great idealists-gods and saints like Lord Krishna, Mahatma Buddha, Guru Nanak and Mahatma Gandhi;
literary giants like Manu, Kalidas, Tulsidas, Ghalib and Tagore; great musicians like the incomparable Tansen; and movie­ makers like the one and only V. Shantaram."

The paean of fulsome praise began on this crescendo, then went on to a series of further crescendos! It was very, very flamboyant, very flattering, very effusive, and Janki Dass devised an elaborate plan to immortalise his paean of praise for all time.

Instead of taking the article to Shantaram he took it to the art director of Rajkamal's publicity department, and asked the man to illustrate it with pictures of Lord Krishna, Lord Buddha, Mahatma  Gandhi,  Guru Nanak, Tansen and so forth-with Shantaram's portrait in their centre!

When it was all ready Janki Dass posted the illustration and his article to Mr. Dhar, Editor of the then very popular Delhi film magazine Film Pictorial, the only film mag at the time which made colour-blocks and had four-colour printed pages in its issues. The Editor went to town on it. In its next issue, The Pictorial, carried the article and illustration in all its splendour with a centre-spread colour montage!

Sublimely unaware that he had flamboyantly overdone it, Janki Dass eagerly purchased a dozen copies of that issue and took them to Shantaramjee.

"The great man smiled modestly," Janki Dass remembers.  "Obviously he was pleased, but he felt it would be infra dig to reveal just how pleased he was. It was for me the supreme moment - I felt convinced that nobody could now dislodge me from this great man's esteem."


However, Janki Dass had not reckoned with Fate. In that moment the door to Shantaram's office opened and in walked Dewan Sharar! Lifting up the magazines opened at the centerspread, Shantaram said: "Look at this excellent idea for publicity, Dewan Saheb! I think Janki Dass has done an excellent job. Don't you think so?"

Suave and self-assured, it didn't take Dewan Sharar more than the twinkling of an eye to reply. Glancing cursorily at the centre-spread he looked up at Janki Dass and said: "Well done Janki Dass! You have used my suggestion excellently! I'll give you more and more good ideas for future use!"

It was a master-stroke of one-upmanship. "My heart sank and my triumph turned to bitter ashes in my mouth," Janki Dass said. "How could I contradict him? Anything I'd say at this juncture would seem petty, and even as I fumbled for words to say something, anything, Shantaramjee said: 'Yes, yes! Dewan Saheb will give you more ideas and you'll do even better than this!'

"Even as Shantaram was saying these words I saw Dewan Saheb remove the center-spreads from all the copies. These he pushed beneath the glass-top of Shantaram's table - a few facing towards the great man when he'd sit in his chair, and a few facing the empty chairs kept on the opposite side, for visitors to look at and, presumably, to be impressed by."

We now flash forward by some months. The incident still rankled in Janki Dass' mind and there was a constant simmering antagonism between these two in the Rajkamal camp.

"One day, some months later," Janki Dass said. "I saw a posh limousine drive into the Rajkamal compound. It came to a halt at the entrance and a tall, distinguished-looking, elderly foreigner alighted. Some studio attendants came hurrying forward, salaaming effusively and escorted the gentleman in.

"A few moments later the great man rang the bell and sent for me. He wanted me, his publicity-man, to be present at this meeting. I came in and stood respectfully to one side listening to their conversation. The man was keenly interested in Shantaram's new film Dr. Kotnis Ki Amar Kahani (1946).

"It was when the man was having tea that it happened. He happened to glance down, and saw those center-spreads beneath the glass-top in front of him. Peering down, he first studied the lay-outs, then began to read the text. He read first to himself then, grasping the enormity of the flattery, began to read my opening sentences out loud in tones of obvious sarcasm. As my heart began to sink, the American looked up and said: `What is all this nonsense! Comparing yourself to gods and saints, are you? This is ridiculous! This is monstrous! Immoral! You must be some kind of a maniac!"

He stood up abruptly.

"I haven't come halfway round the world to do business with a god! I came to meet a man — and I thought, a sensible man!"

"Shantaram was shocked and I was shivering from top to toe. The great man looked at me and shouted angrily: 'He is right, Janki Dass! Comparing me with gods and saints is a ridiculous idea! It's a crime! It's in very bad taste!'

"As he was going on and on, the door opened and in walked Dewan Sharar! He had heard the commotion inside and his curiosity had been roused. The moment he came in it struck me like lightning and I said: 'But Sir, it's not my fault at all. It was Dewan Saheb who gave me the idea, remember? I'd never, never have done it if it wasn't for Dewan Saheb!'

"The American had walked out by then slamming shut the door behind him! Shantaramjee then turned his wrath upon Dewan Saheb and gave him a jolly good firing in front of me!" Janki Dass chuckled.

About three or four years ago when Janki Dass was shooting for a Hindi movie at Rajkamal Studios, he looked up the great man again. "We chatted and laughed and reminisced about old times," Janki Dass said. "I reminded him about that episode. He smiled and said: 'It was just a very mild thing, Janki Dass, if you compare it with the kind of blatant self-publicity and promotion film-people are doing today!'"

And he was right.

This article was originally published in the book Follywood Flashback: A Collection of Movie Memories. The images used are taken from the original article.