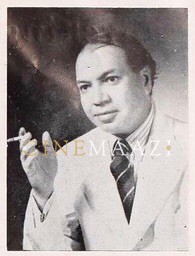 A man of many tastes, Dewan Sharar was known for his passion for traveling, acting, reading, and writing. Living his life on his own terms, Dewan Sharar achieved great fame, first as a journalist, and later as a film writer, actor, producer, and lyricist.

Born on 28 August 1897 in Multan (present-day Pakistan), Dewan Sharar was christened Dewan Atmanand at birth. He studied in Lahore, then one of the epicenters of culture in the subcontinent, which introduced him to the pleasures of theatre, literature, and poetry.

When Dewan Sharar completed his B.A. degree in 1919, he decided to join a travelling theatre troupe. As a member of the troupe, he found a chance to indulge his interests in acting and the literary arts. He was mainly responsible for writing dialogues and song lyrics for the plays staged by the company, but he would also find opportunities to act on stage occasionally. Master Nisar, who later went on to become an acclaimed film star, was also a member of the same troupe.

Four years later, Sharar quit his job with the troupe and started working with an electrical company in Lahore for some time. Since this job did not cater to any of his interests, he started dabbling in journalism as well. By this time, the medium of cinema had started to gain some popularity across the subcontinent. Film journals and tabloids were rapidly gaining traction alongside. Dewan Sharar started working as a journalist for one of these journals titled Shabistan. He also worked as a publicist for the League of Nations in Geneva, Switzerland. He edited a leading weekly " Great Britain and the East " for 3 years. He regularly contributed to the British and American press. He was the first Indian whose 4 plays were broadcast over BBC. From 1937 to 1940, he was in charge of the cataloging of Urdu books and Manuscripts in India House in London. He published many books like 'Indian Folklore', 'In the garden of Peacocks', 'East meets West' and 'Gong of Shiva'.

The 1943 released film Ishaara was based on his novel Gong of Shiva that catapulted actor Prithviraj Kapoor to stardom.

When Shabistan started publishing in Bombay as well, Dewan moved there. As he got more familiar with the growing world of film in the city, his magnetic personality landed him a few roles as an actor. He appeared onscreen in Loves of a Moghul Prince  (1928), among other silent films. He also acted in Himanshu Rai’s controversial film Karm (1933). The film was shot almost entirely in London, It was completed in England by Indian & British Film Productions with J.L. Freer Hunt as the director and Thorold Dickinson as editor. Sharar also produced and acted in Nagin ki Rani, the Hindustani version of Karm. While in London, many of his English short stories on Indian life appeared in mainstream newspapers in the UK and overseas. A major London publishing firm, George G. Harrap & Co., published two of his English works: The Gong of Shiva (1935) and Hindu Fairy Tales (1936). His short stories were also published as part of an anthology which included contributions from other famous contemporary writers. when the crew returned to India, Dewan elected to stay back and tour Europe for a while. Soon after, he started writing plays for BBC in London.

This is what South Asian Cinema Faculty of U.K.said about him, "Film and stage actor, writer of English novels, short stories, stage and radio plays, "Eastern Adviser" to British-Gaumont films in London and Urdu poet. He also contributed prominently to Indian cinema as a producer, character actor and a story and dialogue writer. Born in Multan, Dewan Atmanand Sharar (1897-1969) came from a family that had served as Dewans or Ministers in Indian princely states. After graduating from Punjab's prestigious Government College, Lahore, he established an impressive repertory company in 1919 and presented several Hindustani plays and mushairas in various urban centers. In 1929, he set up a film-producing and distribution company and began to edit Shabistan, reputedly the first Urdu cinema paper in India."

In 1939 just before World War II, Sharar returned to Bombay and worked for All India Radio in Bombay and Delhi. Via his many contacts, he received a steady stream of offers to write dialogues and song lyrics for films. Dewan Sharar was a great favorite of the filmmaker V. Shantaram and penned the lyrics for songs in a number of his films. He adapted Kalidasa's Sanskrit classic, Shakuntala for the silver screen in Hindustani. The film was a runaway success and the Sharar-Shantaram combine lasted over a decade winning laurels for both Sharar and Shantaram's banner, Rajkamal. He also continued to act occasionally. Sharar also acted in Shantaram’s Shakuntala (1943), which enjoyed a run of 110 weeks at the Swastik cinema hall in Bombay. Their association continued for some more films like Parbat Pe Apna Dera (1944), Dr. Kotnis Ki Amar Kahani (1946), Apna Desh (1949), Teen Batti Char Raasta (1952) and Jhanak Jhanak Payal Baje (1955).

Dewan Sharar passed away in Mumbai in 1969. 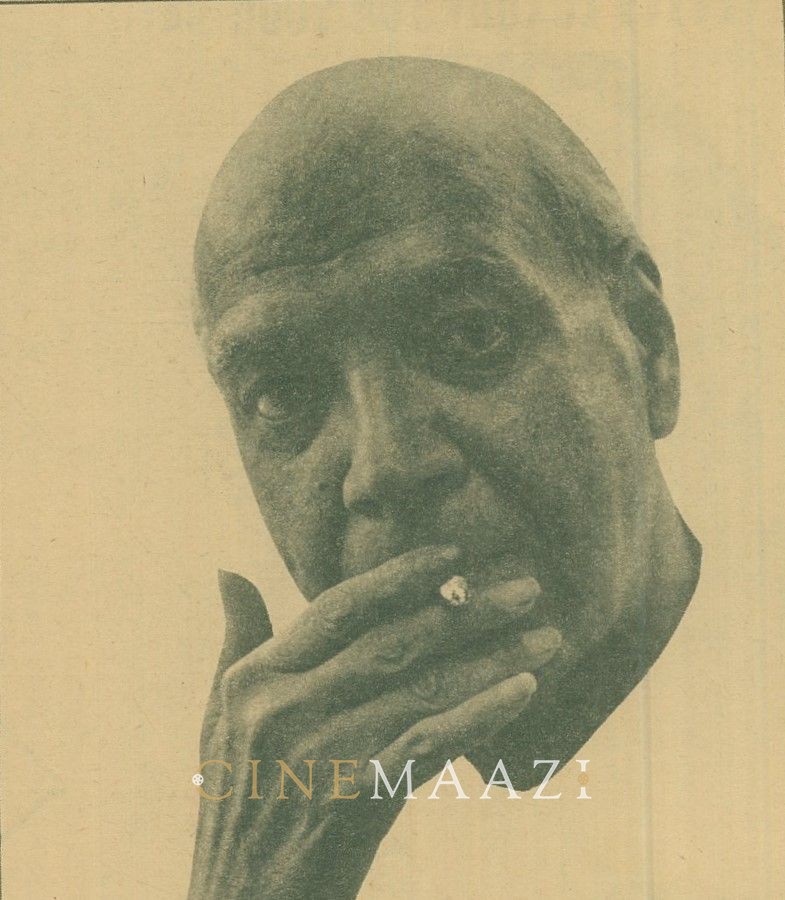