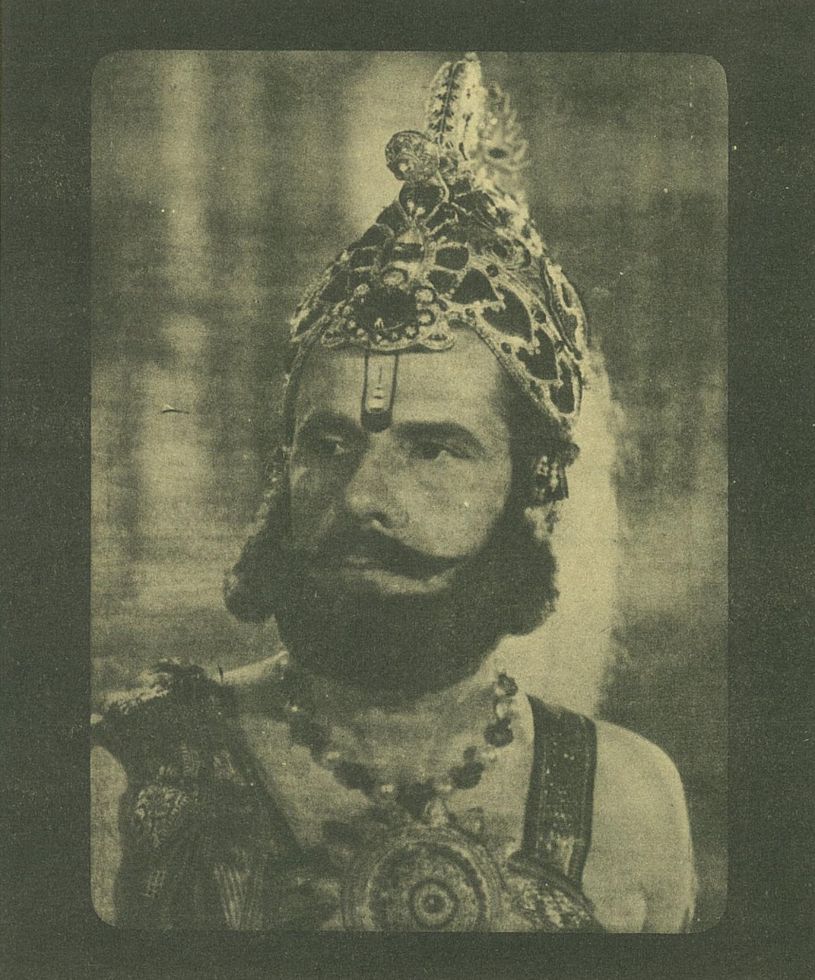 Sohrab Modi played the role of Porus in his 1941 historical Sikandar.

In the history of Indian films, if there is one filmmaker who gave a real, lavish as well as fabulously successful shape to the genre of historicals, it is Sohrab Modi. Starting with Pukar (1939) (which has already found its place in Movie Memories earlier), Modi followed it up with Sikandar in 1941. Having portrayed a page of the Mughal history of the times of Jehangir, he now delved deeper to bring up a chapter of history, two thousand years old, pertaining to the invasion of India by Alexander the Great, popularly known as Sikandar and the bold, sagacious resistance offered to him by Porus, the wise warrior king of Punjab.

The paperwork done by author-scholar Pandit Sudarshan, picked up the vital points provided by history and dramatised them to make a free-flowing, gripping screenplay. The young emperor, fired by the dream of world conquest advanced his armies from Iran to India. Under the guidance of the Greek philosopher Aristotle who was his teacher, Alexander decided to turn away from his beautiful Persian beloved whom he had found in Iran. But she followed him to India. After defeating many small Indian kings, some of whom became traitors and turned to his side, Sikandar brought his huge army to the banks of the Jhelum.

Here he had to face a fierce encounter with king Puru (whom he later gave the Greek pet name of Porus). After prolonged battles, Sikandar scored a victory but the morale of his army was completely shattered, as thousands were killed at the hands of the brave Indian soldiers. Puru himself, though a captive, remained no less brave. When 'asked by Sikandar about how he should be treated now, he replied with his head high: "Like a king of course." This completely won over Sikandar and he made Porus his ally, while himself deciding to withdraw from India without fulfilling his ambition.

Other legends and powerful dramatic scenes were also cleverly incorporated, like Aristotle setting an example to Alexander by pretending to be fooled by the viles of a woman, Sikandar coming in disguise as a messenger to Puru's court and Puru exposing him but not harming him. The battle scenes done with the full splendour of elephants, horses, costumes, weapons, had an imposing effect on the audiences of those times. Spectacular sets and perspective effects executed by art director Rusi Banker lent the lavish look. Songs tuned by Mir Saheb and Rafiq Ghaznavi were also used effectively. The one to become most popular being the song with the marching beat, Zindagi hai pyarse, pyar mein beetaye jaa. There were also patriotic songs.

Prithviraj, looking a veritably fair and handsome Greek, made a perfect Sikandar. Sohrab Modi putting his imposing personality and voice into full play-acted the role of Porus. Vanmala also looked very apt as the Persian girl Rukhsana, who ties down Porus with the sisterly bond of "raakhi". K. N. Singh played one of the traitor kings and Meena (later the fat comedian Meena Shorey), his sister who is loyal to the country. The film produced and director by Modi under his famous Minerva Movietone banner became a big hit and is remembered till today as one of the finest historicals of its class.