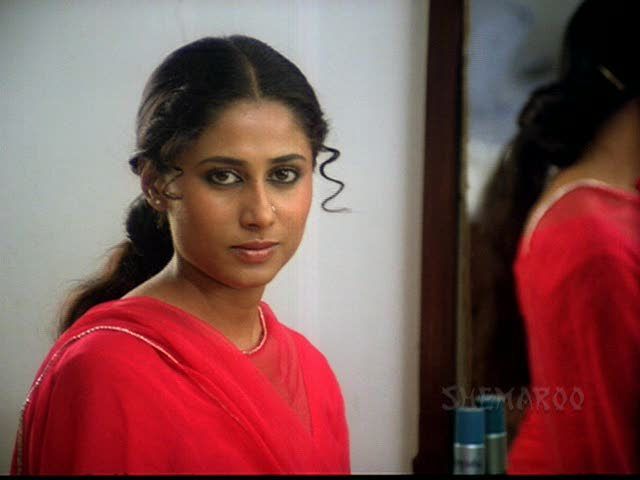 Smi and I have always been together. As children, we played with our friends, ran around lawns, cycled, we grew up sharing a room and in the bargain shared a lot of our lives. Anita was like a surrogate mother to us. Between Smi and me, while I was quiet and reserved, she was the adventurous one. She jumped, climbed a tree, and hit a ball better than a boy. In school too, she was an athlete, a javelin thrower, and proficient at other extra-curricular activities, as well. Smi teased me a lot about my timidity. Anita and Smi went to Bhave School, whereas I studied at a convent. This caused Smi to rag me a lot. She said I have this high and mighty attitude because I went to study in a la-di-dah school. We fought a lot. The last fight we had was when she was nineteen and I was sixteen. It must have been over something very silly, I don't even remember what, but she got physical and slapped me. In retaliation, I bit her giving her an ugly bruise. We didn't speak to each other for two months. Our beds were placed adjacent to each other. So, we'd just turn our backs and sleep. One day, we both happened to turn over at the same time. We looked at each other and then burst out laughing. The trouble was we were too different. Whenever we'd fight, I'd remain cool and poised. I'd just say something cold and cutting and then walk out. This really got into Smita, for she could never contain her anger and had to vent it out physically. She had to either scream or throw something, to get it out of her system.


Nothing daunted our bold Smi. Once, while still in school, she took our uncle's scooter and tried riding it outside in the huge open space of the house. She got the hang of it instantly and within moments was driving it. The same applied to cars. Father's ambassador was her target. Once, during a drive the ambassador got stuck on a small bridge while a truck approached us from the opposite side. That was one of the rare occasions when Smi got nervous, otherwise, she could manoeuvre any vehicle. In fact, she even damaged father's car. On another occasion, she had gone with a friend, Dilshaad Panday to Delhi, to watch the shooting of Gandhi. She called me up from Delhi to say that she was driving back to Bombay, in a jeep. She made me promise to keep it a secret from Ma until she returned. I went crazy with worry. I thought it was a big risk for two women to be driving long distance, more so since there was this fear of dacoits at that time. It was only when Smi and her friend reached home safely, did I heave a sigh of relief. Smi insisted however, that they had been very cautious and avoided night travelling. This spirit of freedom was inherent in her. She wanted no shackles and loved to do things differently. She wore daring minis, the shortest of them, and shocked the orthodox people of Pune. Ma would of course, voice her disapproval. Yet, she allowed us to have our freedom. Smi however, made things easier for me, being elder and more bolder, she paved the way for me. Thanks to her freedom, I too could do the things she did without being reproached for them by Ma.

One outing I cannot forget is with two male friends at the Airport Centaur Hotel, a dinner-cum-drive. It was the first time that we were going out alone, at night, in Papa's Ambassador and Ma insisted that we come home by ten o'clock. But for some reason, we got delayed. When we did not turn home at eleven, Ma called my Uncle (Papa wasn't in town). The two came hunting for us. Our cars crossed each other at Worli Seaface, but she caught us at Mahalakshmi. "Stop Stop!" she shouted. When we did, she screamed at the guys, "Get out, just get out of my sight!" They charged away! Next, she asked Uncle to carry on and drove back home with us in the Ambassador. When we reached home, she ran behind Smi with a stick. "I'm going to beat you with this. Here I am, worrying whether you've had an accident or not, but you had no decency to call and tell me that you are coming late!" Smi got a good thrashing that night. She was nineteen then. Later, Ma took Smi with her to Pune for a whole week as punishment. I was kept in a sort of house arrest during that period, but I was not held responsible for the crime, being the younger one.

Smi confided in me about all her relationships. Of course, I had to cover up a lot of times for her many times at home and that would often keep me on tenterhooks. I'd often threaten her, "Smi, one of these days I am going to spill the beans to Ma." She had a capacity to get into a relationship, give it all she had, all her emotions, all her energies. Yet, when it ended, despite getting shattered, she could once again get into a new relationship and still give herself completely. I could never do that. I don't have that kind of energy.

She enjoyed wearing western clothes. She wanted to be neatly turned out and admired other women who did so, but she never had the patience to dress decently herself. She was extremely fond of old silver. She liked gold jewellery too, but never diamonds. A lot of her jewellery was often lost, pinched, or loaned. She was generous to a fault. Anyone coming to her with a sob story, could be sure of getting something from her. When she realised, she was being taken for a ride, she'd grumble, "what the hell," Yet, the next time, a similar situation occured, she was sure to make a fool out of herself.

Smi and I used the same perfume —METAL by Paco Rabane and we used it for over ten years. We kept a regular stock. Again, everytime I'd buy a new pair of shoes, I'd give it to Smi to break in and she'd do it very happily. She could never understand why I bought so many pairs of shoes. She could never understand why I was so scared and cautious about my driving . "Kay Manya, you are so slow. You'll never learn how to drive at this rate. Just take off and go!" she'd say. "I'll learn it at my own pace," I'd reply. It was our habit every morning to exchange dreams and discuss what they implied. She had the knack of giving unusual gifts. She loved buying books for people and never waited for a birthday or some occasion. My one birthday she got me a cardboard box. I opened it and found to my delight that there was a cute little black 'n' white kitten inside it. It remained with us for a long time. Animals were a favourite with both of us. Once Smi brought in a weak, little stray cat for she loved the way the weak little one put up a fight against four street dogs on the street. This cat grew very attached to us and even though in between it got lost, it found its way back to our home, unlike the usual manner of cats. While shooting for Bazaar (1982) in the Bhendi Bazar area (I was also around because I was doing the costumes) we found yet another lost cat.

I went to Mussourie for two years. When I returned, Smi was already working in films. I did my Fashion Designing at the Sophia Polytechnic and during my last year on Smi's persistence began designing her costumes as the concept of dressing up was still alien to her. There were many times when I'd be completely at sea about what they expected for a dance sequence, they'd say, "make her Indian bhi nahi, western bhi nahi, lekin sexy." Smi too hated this terminology. Only two filmmakers knew exactly what they wanted. Directors of Bazaar and Haadsaa (1983). I think Smi looked very lovely in Haadsaa — soft, petite and slim, although it was the buxom look that she had in films like Bazaar. Smi gave herself a typical Muslim look with kiss curls, kohl in her eyes, eyelashes slightly tapered at the corners. We called it her bibijaan look. In Arth (1982), we decided to use more of reds and blacks for drama. She was very upset with the way Arth finally shaped out. She felt that she had been cheated by Mahesh, because he did not ultimately treat the film the way he had said he would. She also said, that had she known how much Parveen Babi suffered during those days, she would never have agreed to do the role.

Initially, Smi was very uncomfortable in the `haanji' atmosphere of the commercial industry. She was uncomfortable about making friends. Eventually, of course, she did. Poonam Dhillon and Tina Munim were her friends. She realised that girls were the same as anywhere else. People from the commercial cinema too could communicate and share a rapport. This surprised her. She did not really change, except on the surface. And yet, she was different once she began doing more and more commercial films. She said, she adjusted to the change. I feel it's not easy to adjust. Not when you are 28.

She wrote beautifully, despite never being educated in English. Reading her letters, you'd never imagine this. The first book she read in English was when she was in the tenth class. It was No Orchids For Miss Blandish, by James Hadley Chase.

If she had lived, Smi would have gone into direction; in all probability. She often talked about it and I'd joke and say, "If you are directing it, I'll produce it." I meant business and so did she. It's funny but often, she'd point to her palm and say, "Look at my life-line Manya." Either I am going to die young, or I am going to go mad. "My head line slopes towards the Mount of Luna." Who knows, in her heart, she did believe that something drastic was going to happen to her.


This article was originally published in December 1991's supplementary issue of Junior G magazine titled Smita Patil's Memoir. The images used are taken from the original article and the internet