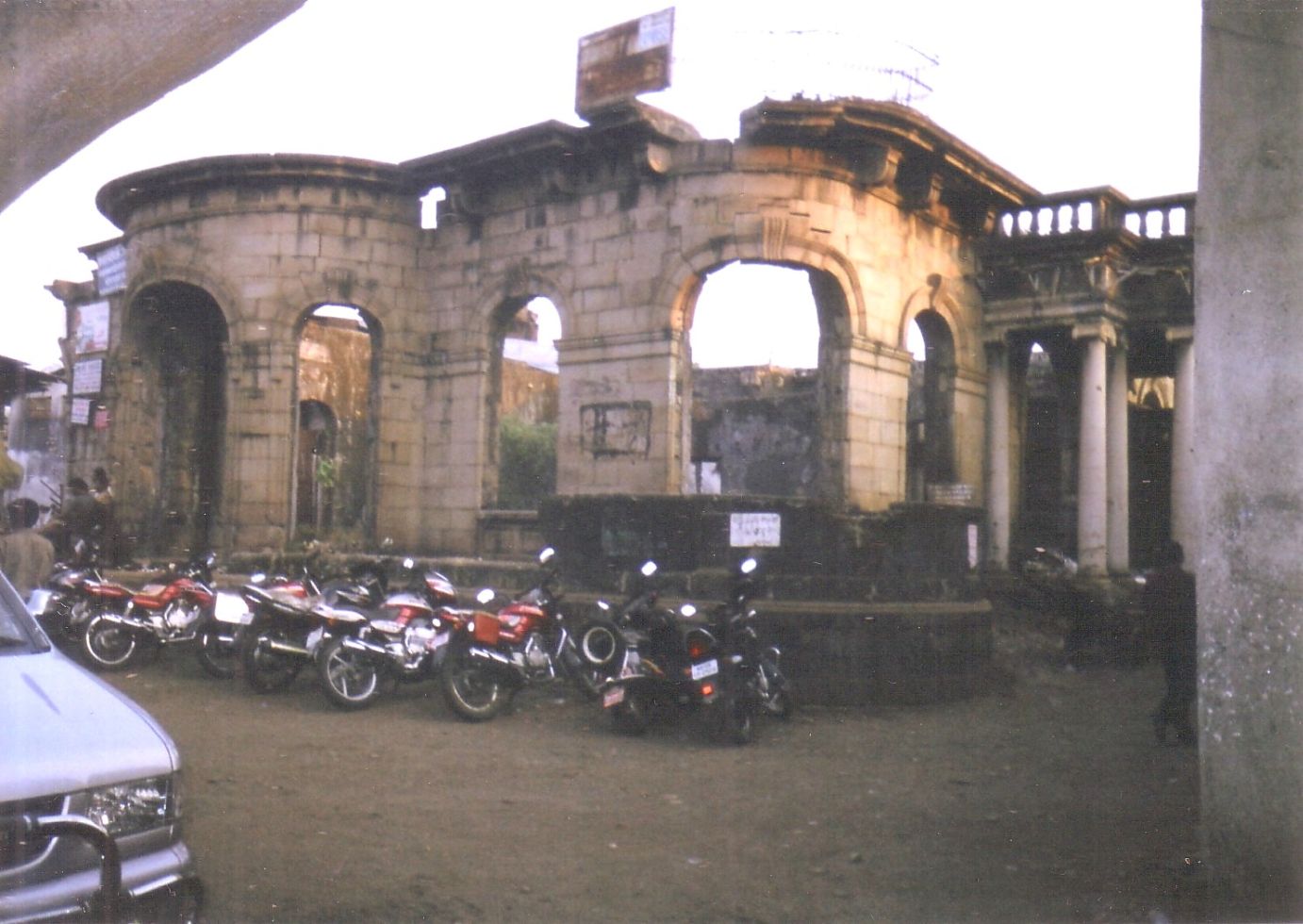 In one of Mumbai’s major suburbs Malad (West), between SV Road and Link Road is situated the 'B.T. Compound’. Littered with sludge and garbage, divided into countless random narrow streets this industrial area holds within itself hundreds of factories and small scale industries and echoes of the din made by the machines, chisels and hammers. Those who spend most of their time amongst these factories are far from knowing the glorious past of this place in fact most of them do not even know why it was named 'B.T. Compound.  "Well sir, who has that much time? ... and even then what will we get out of knowing about it?" said the man standing at the paan shop in plain and simple words.

In a relatively open space in the middle of the 'BT Compound' till today stands the arched structure which once housed the residence and office of the founder Himanshu Rai. According to the ‘B.T. Compound Small Scale Industries Association’s’ former president J.M. Sharma, the structure was alright till the 1980’s decade and even housed 2-3 factories. But then suddenly one day due to a fire the bungalow was destroyed and since then just its structure stands. Next to the bungalows the studio floors still stand but both of them have turned into factory floors now.

Of the famous trio ‘Lal-Bal-Pal’ from our freedom struggle, Bipin Chandra Pal’s son Niranjan Pal was pursuing his medical studies in London when he met Himanshu Rai and soon they turned into close friends. As Niranjan Pal’s aptitude was not towards studies, he soon gave up his desire to be a doctor and joined the Kent Film Company in 1913. In fact all the credit of making Himanshu Rai an actor goes to Niranjan Pal as he had persuaded Himanshu Rai to act as the main lead in his play Goddess.

In 1954 some people associated with Bombay Talkies decided to do something about the deteriorating condition of the company and started a cooperative to finance the film Baadbaan (1954) but their efforts proved to be futile as well and Bombay Talkies which had given 39 films in 19 years, became a part of history. In some time the entire property was bought by Seth Tolaram Jalan’s Prakash Cotton Mills. During the end of the 1950’s decade, Prakash Cotton Mills gave the green lush grounds full of trees to Ramkumar Jalan Charitable Trust on lease who promptly cut the trees and made shades all over to create small scale industries on the once green grounds.

According to J.M.Sharma, 4 acres of the 17 acres of land of Bombay Talkies has been reserved by the Mumbai Municipal Corporation as space for a garden. The remaining 13 acres of land houses almost 900 small industries that make products varying from a needle to parts of a ship. As a result due to the process started in 1960-61 the erstwhile Bombay Talkies has become an industrial area known as B.T. Compound….and beneath the din of machines and hammers, the sounds of ‘lights ', ‘sound’, ‘camera', 'action’ and ‘cut’ have been lost forever.
(Part of Shishir Krishna Sharma's Beete Hue Din blog series.)