Mayil (Sridevi) lives with her widowed mother Guruvamma (Gandhimathi) in a village. Guruvamma runs a petty shop and with her meagre earnings, manages to educate Mayil, whose ambition in life is to become a qualified teacher. Guruvamma also brings up the innocent limping orphan Chappani (Kamal Haasan) in her house. For small amounts, he performs any job assigned to him by any villager.

A city-bred veterinary doctor (Satyajith) comes to their village and gets attracted to Mayil. Mayil, who has been dreaming of marrying a sophisticated and educated guy, falls for him and they meet secretly. Though she had ambitions to become a teacher, when she gets an opportunity to attend the teacher training course in a city, she drops the idea to avoid being separated from him. Though she loves him, she doesn't allow him to exploit her sexually, which disappoints him. The veterinary doctor, who was never serious about Mayil, proceeds to his native place to get married. Learning this, Mayil follows his vehicle and pleads with him not to desert her. He ridicules her and leaves, stating that he befriended her only to kill time and enjoy, not to marry her.

A sad Mayil confesses the episode to her mother  Guruvamma, who makes arrangements to get Mayil engaged to some other person quickly. But Parattai (Rajinikanth) a village flirt and rowdy, who had cast his eyes on Mayil, spreads rumors about her and the doctor, and as a result, the engagement doesn't take place. The entire village talks badly about Mayil; unable to bear this disgrace, Guruvamma commits suicide. Mayil and Chappani are left alone. Chappani takes good care of Mayil and cheers her up whenever she is sad. Mayil, who is now pragmatic, starts liking Chappani’s unconditional love and motivates him to be more confident and assertive. She grooms him to look and live better to the surprise of many in the village.

She tells him that he should slap anybody who calls him “Chappani” (lame) and should respond only if they address him as “Gopalakrishnan”, his real name. When the veterinary doctor and Parattai address him as Chappani, despite his request to be called by his original name, he slaps both of them. Mayil and Chappani celebrate his newfound courage. Parattai, who is insulted, takes on Chappani and beats him badly. Mayil comes and saves him and spits on Parattai for attacking a weak man. Parattai gets angry and waits for an opportunity to take revenge. Mayil now decides to marry Chappani to avoid the loose talk by villagers about their staying together, and sends him to a nearby town to get materials for their marriage.

Parattai, learning about the absence of Chappani, comes to Mayil’s home and tries to rape her. Fortunately, Chappani returns home and tries to save Mayil by pleading to Parattai to leave her. But when all his efforts fail, he kills Parattai by crushing his head with a stone. Chappani is arrested, but before leaving the village, he tells Mayil that he will soon be back. The film ends with Mayil looking forward to Chappani's return at the railway station every day.

(from the book Pride of Tamil Cinema: 1931 to 2013 by G Dhananjayan, Blue Ocean Publishers) 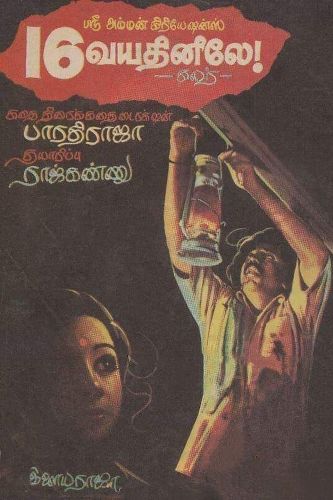 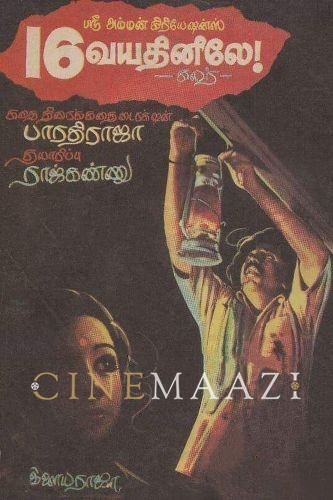