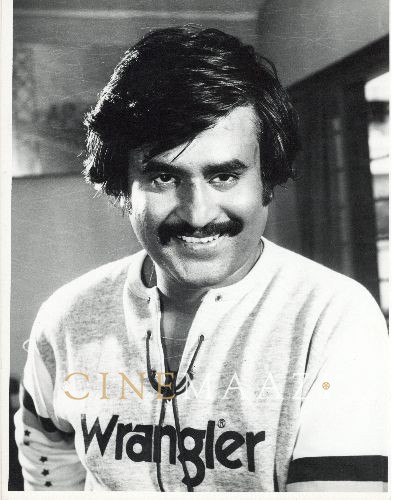 More than a superstar…a phenomenon that occurs but rarely, Rajinikanth holds sway as one of the most iconic cinematic stars and cultural icons of all time. Coming from humble beginnings, he rose to become one of the most prominent faces of the Indian film industry. His unique mannerisms and stylized dialogue delivery established him as one of the leading stars of Tamil cinema. Interestingly, his larger-than-life super-hero appearance in many films, accompanied by gravity-defying stunts and charismatic expressions, are balanced by his attempts to maintain modesty and a down-to-earthiness in real life. With applause-worthy roles in more than 150 films, he has also enjoyed considerable success in Hindi, Telugu, and Kannada films. First appearing in a small role in the 1975 National Award-winning Apoorva Raagangal, directed by his mentor K Balachander, he continued to play supporting roles, antagonist and second lead in Tamil, Telugu and Kannada films until he debuted as a hero with Bhairavi (1978). The rest, as they say, is history.

A series of commercially successful films such as Mullum Malarum (1978), Thalapathi (1991), Muthu (1995), Baasha (1995), Sivaji: The Boss (2007), Enthiran (2010) and more cemented his standing as a lead actor and pan-India star. As his status as a superstar grew, he acquired the standing of an idol in the popular culture of Tamil Nadu. His characters could not be killed off onscreen by filmmakers, for the fear of angered fans burning down the theatres.

Since his first appearance in a black and white film five decades ago, he has been part of trend-setting technologies in filmmaking, such as being the first Indian actor to star in the animated film, Kochadaiyaan (2014), which was shot using motion capture technology. His name alone fills cinemas halls in large numbers, enjoying semi-divine status in the minds and hearts of fervent fans worldwide. One of the highest paid actors in Asia, he was conferred the Padma Bhushan in 2000 and the Padma Vibhushan in 2016 for his contribution to Indian cinema. Among the many other awards he has received are four Tamil Nadu State Film Best Actor Awards and a Filmfare Best Tamil Actor Award, the Chevalier Sivaji Ganesan Award for Excellence in Indian Cinema, the Centenary Award for Indian Film Personality of the Year at International Film Festival of India, and India's highest award in the field of cinema, the Dadasaheb Phalke Award. The second-highest grossing actor in Tamil cinema history, behind veteran M G Ramachandran, he is also a producer and screenwriter.

Born as Shivaji Rao Gaekwad on 12 December, 1950 to a housewife mother and police constable father, the family originally hailed from a village called Mavdi Kade Pathar, near Jejuri, which comes under the Pune district of Maharashtra. As the family settled in a suburb of Bangalore after his father’s retirement, he started participating in plays while studying at the Acharya Pathasala Public School. His earliest jobs included serving as a coolie and a carpenter. Employed as a bus conductor with the Bangalore Transport Service, he would regale his colleagues and bus passengers with his unique mannerisms.

His interest in acting had him become a part of theatre group and perform in Kannada playwright Topi Muniappa’s mythological plays. He shifted base to Chennai to join the Madras Film Institute in 1973, to get formal training in acting. While performing in a stage play, he caught the eye of director K Balachander, who advised him to learn to speak Tamil as his mother tongue was Marathi. Balachander then cast him in a supporting role in Apoorva Raagangal (1975), the film received critical acclaim and went on to win a National Awards as well. His performance in the fil,m was also highly praised, with the newspaper The Hindu noting, “Newcomer Rajinikanth is dignified and impressive.” He went on to feature in negative roles in Puttanna Kanagal's Kannada film Katha Sangama (1976), and the Tamil films Moondru Mudichu (1976), Baalu Jenu (1976), Avargal (1977), and Bharathiraja's 16 Vayadhinile (1977).

His first lead role came in the Telugu film Chilakamma Cheppindi (1977), followed by another protagonist role in S P Muthuraman’s Bhuvana Oru Kelvi Kuri (1977). He continued to play dubious characters such as a pornographer husband in Gaayathri (1977), and a philandering married man in Galate Samsara (1977). Playing second leads in films such as P Madhavan's Shankar Salim Simon (1978), Kiladi Kittu (1978), and Annadammula Savaal (1978), he played his first solo hero role in the Tamil film, Bhairavi (1978). With this M Bhaskar directorial he earned the "Superstar" sobriquet, and perhaps his first giant cut-out: Distributor S Thanu installed a 35 feet (11 m) high cut-out of his.

Box office success as well as critical acclaim flowed his way. Mullum Malarum (1978) earned him a Special Prize (Best Actor) at the Tamil Nadu State Film Awards. Playing a range of roles, by the time he co-starred with N T Rama Rao in Tiger (1979), he had acted in 50 films over a span of four years, in four languages. He went on to star in the remakes of numerous Hindi films starring Amitabh Bachchan. He essayed the roles played by Bachchan, in no less than 11 Tamil films such as Shankar Salim Simon (1978) which was a remake of Amar Akbar Anthony (1977), and Naan Vazhavaippen (1979), a remake of Majboor (1974).

At this point he mysteriously chose to quit acting. Coaxed to return, he came back with the Tamil film Billa (1980), a remake of the Hindi blockbuster Don (1978). Playing a double role, the film was to become his first ever commercial success. A turning point in his career, the film emphasised his acceptance as a full-fledged hero, establishing him as the top star of South Indian cinema. Yet, even as he became famous as an action hero, he broke the stereotype with films such as Thillu Mullu (1981), a full-length comedy directed by K. Balachander

A popular actor across South Indian cinema, including Telugu and Kannada films, his first Hindi film was Andha Kanoon (1983), alongside Amitabh Bachchan and Hema Malini. One of the highest-grossing films of the time, he also featured as villain in the hit Bewafai (1985). Featuring in several commercially successful films such as Padikkathavan (1985), Mr. Bharath (1986), Velaikaran (1987), Guru Sishyan (1988) and Dharmathin Thalaivan (1988), his only film appearance in the Hollywood film was Bloodstone (1988), in which he essayed the role of an English-speaking Indian taxi driver. He also acted in Raja Chinna Roja (1989), which was the first Indian film to feature live action and animation.

The 1990s saw Rajinikanth reign with the Midas touch turning all commercial entertainers to gold. Virtually all his films released during this period became highly successful at the box office, such as Panakkaran (1990), and Athisaya Piravi (1990), and the Hindi film Hum (1991) which featured him alongside Amitabh Bachchan. Starring in Mani Ratnam’s Thalapathi (1991) alongside Mammooty, the film achieved critically acclaim and commercial success. He penned his first screenplay for the film Valli (1993), in which he also made a special appearance. His subsequent films also proved to be huge hits, while Baashha (1995) set an industry record, elevating him to near-demigod status among the masses, Muthu (1995)- became the first Tamil film to be dubbed into Japanese, grossing a record US$1.6 million in Japan and creating a large Japanese fan-base for the actor.  American news magazine Newsweek commented that Rajinikanth had "supplanted Leonardo DiCaprio as Japan's trendiest heartthrob". He also made inroads into Bengali cinema with Bhagya Debata (1995).

In 2002, when his film Baba fell short of market expectations, he covered the losses incurred by the film’s distributors himself. The 2005 film  Chandramukhi, a thumping hit, proved that he was still very much in the game. Setting the record for being the longest running Tamil film, it was also dubbed in Turkish and German. Sivaji: The Boss (2007) directed by Shankar became the first Tamil film to be listed as one of the "top-ten best films" of the United Kingdom and South Africa box offices upon release. He earned a reputed salary of Rs.55 crore for his role; the highest in his film career at that point. If Kuselan (2008) fared poorly at the box office, the sci-fi flick Enthiran (2010) showed his star power yet again. The latter was touted as the most expensive Indian film ever made, and it went on to become the second highest-grossing film in India at its time.

After battling bouts of ill health, he returned to the limelight, reprising his Enthiran character, Chitti, in the Bollywood science-fiction film Ra.One (2011), in a guest appearance alongside Shah Rukh Khan and Kareena Kapoor. The 2014 film Kochadaiiyaan released to positive reviews. Incidentally, the latter film along with the 3D release of Sivaji, made him the first Indian actor to have appeared in four different forms of world cinema, namely black-and-white, colour, 3D and motion capture. His more recent films include Lingaa (2014), Kabali (2016), Kaala (2018), S. Shankar's 2.0 (2018), Petta (2019) which won him praise for his return to his vintage acting manner, and the AR Murugadoss film Darbar (2020).

Known for his strong comments on social issues, such as his fast to protest the Government of Karnataka's decision to not release Kaveri River water into Tamil Nadu, and his philanthropy, in the realm of politics, he was known for his support of the DMK and TMC alliance. Later in 2004, he came out to declare that he would personally vote for the Bharatiya Janata Party (BJP) but would not extend his support to any front during the upcoming Indian general election. He announced his entry into politics on 31 December 2017 and confirmed his intention to contest in the 2021 Tamil Nadu Legislative Assembly elections. He dissolved his party Rajini Makkal Mandram (RMM) on 12 July, 2021, also revealing that he has no plans to enter politics in future.

Rajinikanth remains legendary in pop culture for his uniquely styled dialogues and idiosyncrasies onscreen, as well as his political statements and philanthropy off it. His punchlines delivered in his inimitable style often contain a message or even a warning to the antagonists, and never lack in entertainment value. One of the highest-paid entertainers in India, he also featured in the Central Board of Secondary Education (CBSE) syllabus, in a lesson titled From Bus Conductor to Superstar. His exploits and dialogues inspire memes galore, all further praising his star power. Incidentally, when he opened his official Twitter account in 2014, he received over 210,000 followers within 24 hours. It was deemed by social media research firms as the fastest rate of followers for any Indian celebrity, as well as among the top-10 in the world. A film about his fandom, For the Love of a Man, premiered at the 71st Venice International Film Festival in 2015.

On numerous occasions Rajinikanth has credited his success as an actor to his mentor, K Balachander. The filmmaker himself has gone on record to maintain, “Rajinikanth claims that I am his school. But I must admit that this wasn't the Rajinikanth I introduced. He has evolved on his own merits and strengths. I gave him an opportunity and unveiled him to the world. He went and conquered it.”

Rajinikanth continues to hold matinee idol status in the popular culture of India. 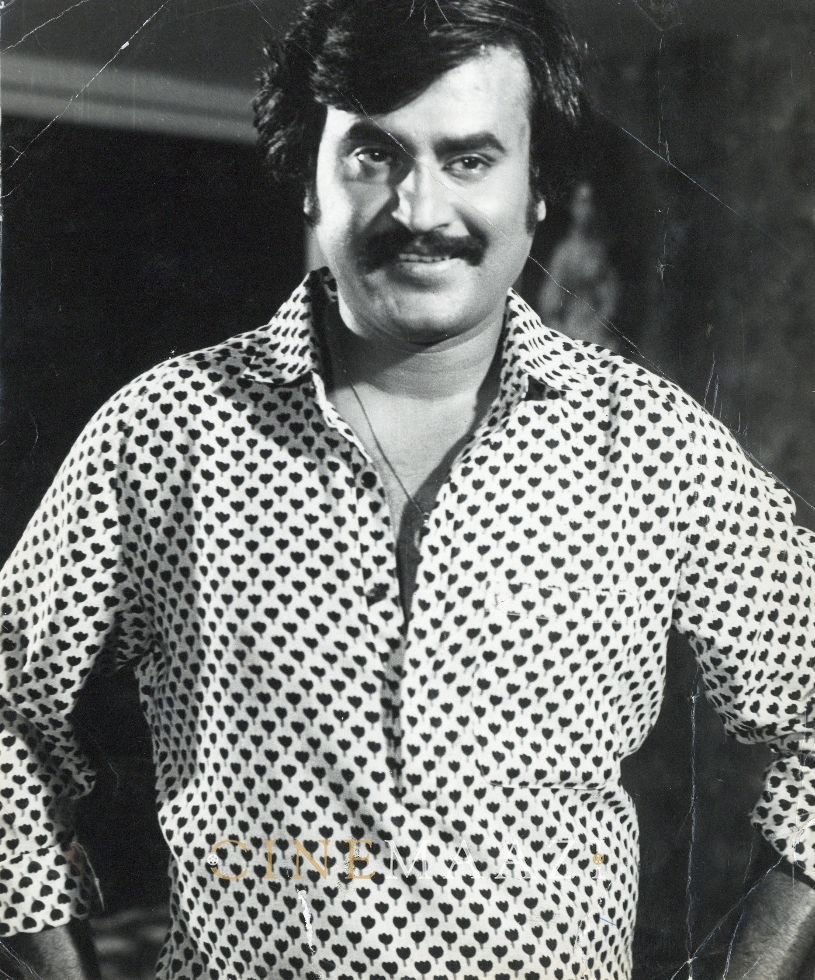