Kadharkodi Kandasamy or Kandasamy (Vijayakumar) is a Freedom fighter who lives in Chennai with his nephew Chandrasekhar (Sudhangan), his wife Usha (Sanghavi), and their child. Usha treats Kandasamy like a servant and his only friend is Anthony (Chandrasekhar), the apartment watchman.

Usha is keen to claim the Government benefits for Freedom fighters and forces Kandasamy to avail it. A reluctant Kandasamy finally visits MP Sattanathan with Usha. He demands Rs, I0,000/- as a bribe, and unable to pay they walk out. Kandasamy is angry that an illicit arrack seller like Sattanathan has been authorized to certify him as a Freedom fighter.

Kandasamy recollects his past. When young he antagonized his father (Veeraraghavan) and brought in changes in the Brahmin ghetto (Agraharam). He joined the freedom movement and was arrested for the Palayamkottai bomb blast and imprisoned in Andaman. There he becomes close to another prisoner, who is now the President of India.
Reading the news that the President is coming to Madurai, Usha forces Kandasamy to meet him and get the Freedom fighter certificate. Kandasamy meets the President and it is widely reported in the newspapers. While returning by train to Chennai, Kandasamy meets Thangamma or Thangam (Jayasudha), his lady love after 40 years...

During the freedom struggle, a reward was announced to anybody who aided in capturing Kandasamy. Kandasamy gives an inspiring speech at Thangam's village. The Police try to capture him but he gets hurt and takes shelter in Thangam's house. Seeing her devotion and affection, Kandasamy falls in love with her. The next day, while escaping from her house, Kandasamy offers to marry her using his sacred thread but she refuses stating that he is like God to her. They are meeting after many years now.

Thangam loses the address to which has to report to work and Kandasamy takes her home. Usha is angry that Kandasamy did not ask for the certificate from the President and also for bringing Thangam with him. Unable to hear Usha's abuse, Thangam walks out and Kandasamy joins her.

Kandasamy and Thangam go to Anthony's house and come to know that he died in a Police incident. He goes to the cemetery where Anthony is buried and the watchman Patrick allows them to stay there. He meets an old friend who gives him an Anthimanthaarai flower, to reflect Kandasamy's life now, which has blossomed in his twilight years. Kandasamy and Thangam do some menial jobs, make money, and enjoy each other's company. Kandasamy remembers the sacred thread he gave her and now decides to tie it the next day. He goes out to get her a dress and she too goes out on some work.

The goons, who were on the lookout for Thangam, find her and take her to the person to whom she was supposed to report for work. He lies that he has paid Rs.3,000/- to settle her loan in her village and states that she has to work and repay. Kandasamy manages to find her but the owner says that Kandasamy can pay Rs.3,000/- and take her back.

Kandasamy does odd jobs such as even disguising like a bear at a zoo. But all his efforts fail and both of them experience the pain of separation and go mad. The house owner in order to get his money back informs the Police, who pay and take Kandasamy as a false witness in a murder case. However, in the Court, Kandasamy tells the truth. The Court orders severe punishment to the Policeman and relieves Kandasamy. Seeing Kandasamy's honesty in the Court, the house owner reforms and tells Thangam to leave. Thangam comes out looking for Kandasamy. The penalized Policemen in anger beat and kill Kandasamy. It is Republic Day the next day and Thangam finds a dead Kandasamy near the Gandhi statue on Beach road. A senior Police officer arrives and tells his men to remove Kandasamy's body immediately as the Governor is expected anytime for the parade. They dump Kandasamy's body into a garbage vehicle. Thangam follows the vehicle and locates Kandasamy's body at the dump yard. She cries to see a great Freedom fighter's pitiful end. She brings the Indian flag from a Police station and covers him with it. To the Police officers who demand an explanation, she explains the greatness of Kandasamy, a worthy son of the soil, and tells them that he deserves at least this respect for his 16 long years of fight against the British to get Freedom for our country. 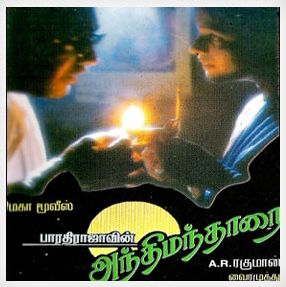 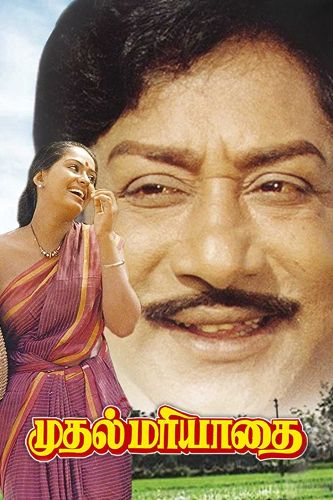