Greed is the root of wickedness! Senapati Zalimsingh overpowered by this weakness-desires to possess the princess and the throne, both! He succeeds in luring the king by beautiful damsels and makes the king-a puppet!

Diwan, as a faithful and an honest servant, tries to check the king from such wicked deeds-but is slain by Zalimsingh and all his property is confiscated. Also his only son, Randhir is captured and thrown alive in the river!

Princess is quite aware of Zalimsingh’s activities but being a woman is afraid to face his force alone:

The subjects, too much suppressed by Zalimsingh’s tyranny, cry for help. The ego of Princess is aroused and she all alone, envelops the eternal powerful weapons; COURAGE, FAITH & PERSEVERANCE, in one visible weapon, CHABUK and disguises herself as “CHABUKWALI”-and refutes all the challenges of wicked senapati and saves the subjects from the tyranny and tortures.

Shamsher Baz, the Prince of Raj Gadh, approaches the king with a precious diamond, as a gift to the Princess; but he is attacked by Zalimsingh’s force, on his way. His life is saved by RANDHIR, who himself is saved by a woodutter Popat; but the precious Diamond is lost!

The king is threatened by Shamsher Baz to return the Diamond or its equivalent price; The King overtaxes the subjects.

Who Saves the Subjects?

Who brings the precious diamond?

Who discloses the wicked activities of Senapati?

All the questions are answered by “CHABUKWALI” which is really a hair raising story of a brave Indian Woman, who even defies death for justice and peace. 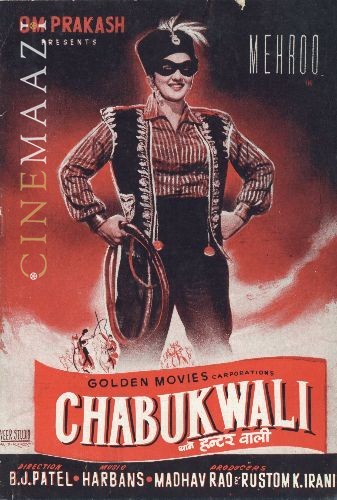 Adle Jahangir The Adventures of Robinhood 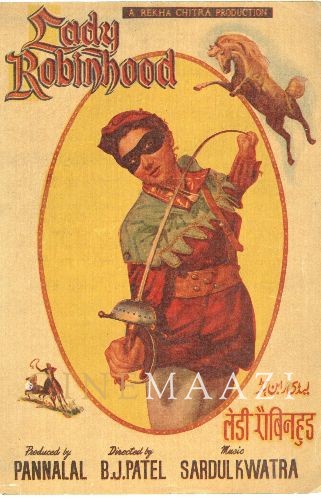