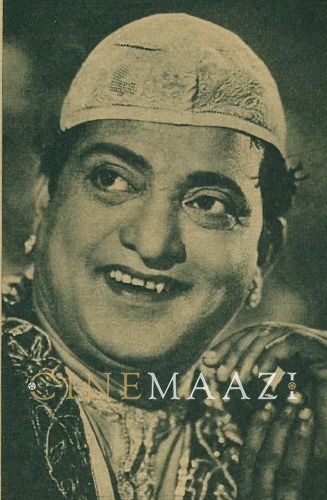 With his childhood spent in a Mumbai chawl as a mill-worker’s son, Bhagwan dada’s journey to the silver screen belied his humble beginnings. Popular for his signature style on the screen, the boy from the chawl enjoyed a meteoric rise as an actor. At the peak of his career, he lived in a sprawling mansion with twenty-five rooms, and seven different models of cars housed in the garages. As times changed, however, the once successful Bhagwan was compelled to return to his beginnings, living with his family in a kholi once again.

Bhagwan Dada was born Bhagwan Abhaji Palav on August 1 1913 in Mumbai. His father was a worker at a nearby textile mill. Due to financial problems and his own disinterest in his studies, Bhagwan could not continue his schooling after the fourth grade. His interests mainly lay in singing and dancing. Nursing a nascent love for cinema, he wanted to work in films, but his father was strictly against him in this. . The famous comic actor Noor Mohammed Charlie lived only a few doors down from Bhagwan’s own residence. The young Bhagwan was so enamoured of Charlie that he could mimic him very accurately. Soon, Charlie and Bhagwan had become fast friends.

It was not through Charlie, however, but through his other friend, Babu Rao Pehelwan, that Bhagwan gained his first entry into the world of films. At the time, Babu Rao Pehelwan was already working as a film actor and wrestler. Bhagwan’s first acting role was in Shiraz Ali Hakim’s Bewafa Aashiq (1931), in which he played a comedian. Unfortunately, after this film, four years passed before Bhagwan could secure another role. Even so, his first foray into film acting had not only boosted his confidence, but also introduced him to the technicalities of film-making.

Bhagwan’s next break came with the talkie film Himmat-e-Marda (1934). Following this, he also acted in Kaatil Kataar (1935). Though he had not gained a firm footing as an actor yet, Bhagwan decided to try his hand at direction. In 1938, he became the assistant director for the film Bahadur Kisan. A man of many talents, Bhagwan also lent his voice to the songs in the film Gunehgaar in 1939. Soon, he opened his own film company, Jagriti Pictures.

Bhagwan’s 1951 film, Albela, made history. Not only was it a huge hit, it left its mark in the annals of Indian cinema as one of the most popular Hindi film musicals. Apart from direction, Bhagwan also acted, wrote for, and edited Albela.

Even after he had sold all his possessions, Bhagwan kept working in small roles in order to earn his livelihood. He began to live in a chawl in Dadar. Jay Vikranta (1995), Mera Damad (1995) and Maahir (1996) were among the last few films in which Bhagwan made an appearance. Witness to the long journey of Indian cinema over many decades, Bhagwan passed away in February 2002.

Raj Kapoor and Dilip Kumar were both great fans of Bhagwan. Raj Kapoor and C Ramchandra also suggested to him that he should try to make a social film, which culminated in Damad (1951). 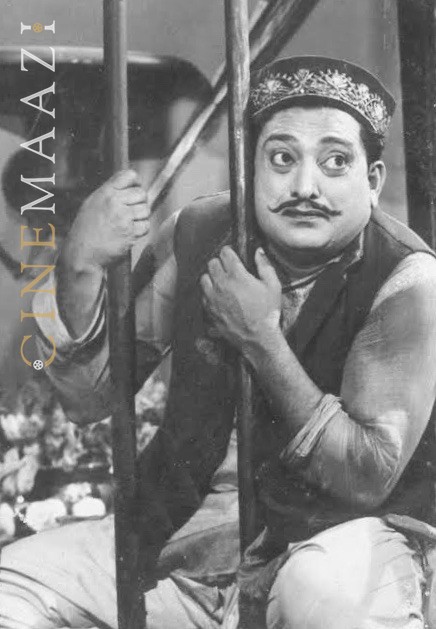