Veerasimhan (M.K. Radha) and Sasankan (Ranjan) are the sons of a king.  Veerasimhan meets a beautiful lady Chandralekha (T.R. Rajakumari) while returning to his palace on a horse. Both fall in love instantly. Sasankan, the younger brother, demands that his father should make him the next king, as he considers himself stronger than his brother, but the king refuses. To teach his father a lesson, Sasankan gets out of the palace, forms a gang of thieves, and creates confusion in the country by robbing and killing people. In one such incident at a village, Chandralekha’s father also gets killed. She is orphaned and leaves the village to live with her aunt in another village but is captured en route by Sasankan’s men.  Sasankan falls in love with Chandralekha but she escapes capture and runs away. Veerasimhan learns that Sasankan is the man behind the mayhem in the country and comes with his army to capture him.

However, in a sudden attack, Sasankan captures Veerasimhan, dumps him in a cave, and closes it with a huge rock. Chandralekha notices this act. With the help of a circus elephant and men passing through the village, she rescues Veerasimhan. In the meanwhile, Sasankan reaches the kingdom,  captures and arrests his father, and declares himself king. He remembers  Chandralekha and asks his men to find and bring her to him. Both Veerasimhan and Chandralekha join the circus troupe and live in hiding. Veerasimhan and his friends plan to rescue the kingdom from Sasankan.  Chandralekha becomes a  circus artiste and performs daredevil acts. Sasankan’s man notices her during one such act and tries to nab her, but she escapes from them and joins a gypsy group. Veerasimhan reaches that palace and tries to get a vehicle to rescue her. In the meanwhile, Sasankan’s men capture her and take her to the palace. Sasankan demands that she marry him, which she refuses. She pretends to be unconscious whenever he tries to approach her. Veerasimhan sends a message to  Chandralekha to organize a huge drum dance in order to rescue her.  Chandralekha agrees to marry Sasankan if he agrees for a drum dance to celebrate their engagement. Sasankan agrees, and a mammoth drum dance is organized at the palace. Chandralekha dances on the drums. Towards the end of the song, Veerasimhan and his men, who were hiding inside the huge drums, come out to attack  Sasankan’s forces and defeat them. Veerasimhan and  Sasankan fight and finally Sasankan is captured. Veerasimhan releases his parents and marries Chandralekha.

The film had many popular songs, including two gypsy dance numbers, ‘Namasthey Sutho…’ and ‘Aayilo  paariyama…’ inspired by Latin American and Jazz  rhythms. The songs ‘Indrae Enathu Kuthukalam…’,  ‘Manamohana Kaaranae…’ (both sung by Rajakumari),  ‘Balan Karunai Punivaan...’ and ‘Padathey… un pattai  kettu pulikuttithan payapadum…’ have become popular.  Incidentally, the drum dance song at the climax was only a musical without any vocals. Through their grace and grandeur, T.R. Rajakumari, along with a large number of dancers, made the musical a delight to watch even after 50 years.

Though the script was credited to the story department of Gemini, it was Veppathur Kittu,  who, inspired by a novel ‘Robert Macaire, the  French Male Bandit in England’ (1848) by G.W.M.  Reynolds, developed the basic storyline, which was then improvised by the story department of the studio to give it a final shape. The film was made, remade, scrapped, shot, and re-shot without bothering about money and hence cost a  lot of money ultimately. This film began without a  complete script. Using a basic storyline, the script was developed during its making, and hence several scenes had to be reshot. The script was strongly inspired by famous Hollywood movie The Prisoner of Zenda (1937), from which some elements and scenes were freely used.

More than 1,500 junior artistes were involved in the shooting of this film. For the climax drum dance sequence, 250 dancers (male and female) were hired and training was given for two years to them. They were all employed on a monthly salary during this period. 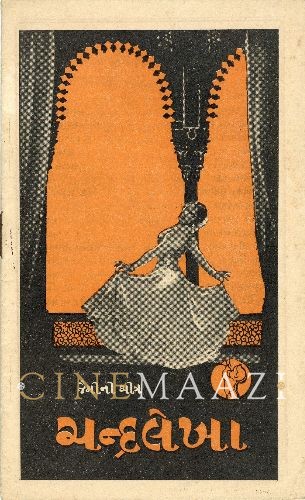 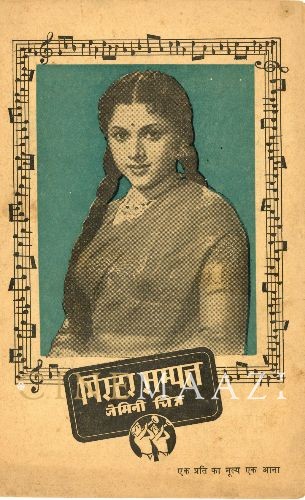 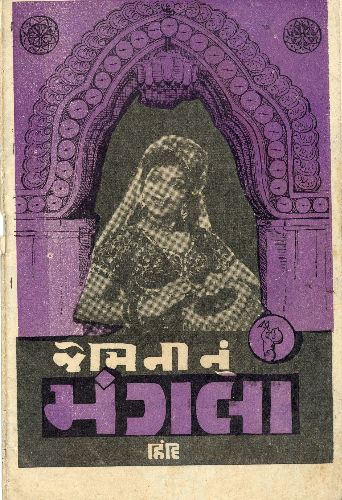