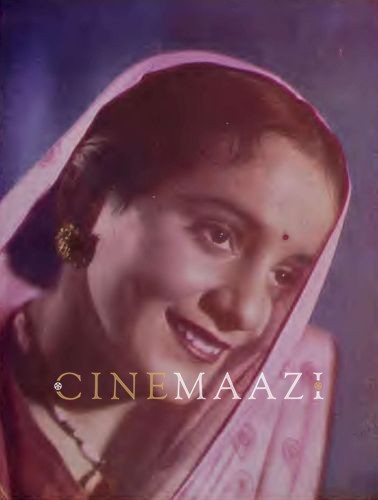 Regarded as one of the first female comedians of early Hindi cinema, Yashodhara Katju made her debut in 1942 with the film Lalaji directed by Lalitchandra Mehta and Chimankant Gandhi under National Studios. Katju was born on 15 April 1928 in Lahore in a Kashmiri Pandit family. She moved to Lucknow with her family when her father was transferred to a senior administrative position by the British government (he would later resign and join the Indian freedom struggle). She was the niece of renowned Urdu poet Anand Narain Mulla. Though she had strong ties with the Nehru and Mulla families, Yashodhara never used it to advance her career. A trained Indian classical dancer, she was also fluent in several languages.

Famous actor Chandramohan, also from Kashmir and who had earlier made another Kashmiri actress Shyama Zutshi quit films, reportedly tried to dissuade Yashodhara from joining the industry. But adamant as she was, Katju moved to Bombay in 1941 to pursue a career in acting.

Barely 14 years old, she grabbed a role in Lalaji (1942), a social comedy, sharing the screen with Yakub, Krishnakant and Abdul Rehman Kabuli, among others. She later played lead or supporting roles in films like Mahatma Vidur (1943), Dulhan (1943), Vijay Laxmi (1943), Neelam (1945) etc. Her mischievous eyes and expressive face held the audience spellbound. The magazine filmindia constantly derided her as a ‘midget’, but she used her short stature to her advantage by shining in comedy roles. Soon, she gained fame as one of the first comediennes in the 1950s. In Pyar Ki Jeet (1948), she played the perfect foil to Gope (with whom she formed a popular pair), and garnered praise for her effort. In another film Nek Parvin (1946), she was seen with Mirza Musharraf and the duo brought the house down with their antics. Ek Do Teen (1953) saw her pitted opposite Iftekhar in the role of Meena Shorey’s best friend Asha. Nanabhai Bhatt signed her on with Bhagwan in two films, Sinbad the Sailorand Baghdad – both in 1952. Apart from these, she is also credited in films like Devar (1946), Ankhen (1950), Naujawan (1951), Dholak (1951), Baaz (1953), Shabab (1954) and Adhikar (1954). She continued to play impactful roles in the later stages of her career in films like Paraya Dhan (1971), Seema (1971), Hare Rama Hare Krishna (1971), Daag (1973) and her last film, Do Phool (1973).