Madhavan (Sivaji Ganesan) works as a construction supervisor for Saminatha  Pillai or Pillai (K. Sarangapani). Madhavan loves Thangam (Padmini), a co-worker, and with the consent of her foster brother Nair (A. Karunanidhi) and her mother, he marries Thangam. They live together with his younger brother Manohar and  Thangam’s mother and her younger brother Ramu. Pillai tells Madhavan that he noticed Manohar trying to steal and Ramu stopping him. Madhavan punishes Manohar and Thangam takes responsibility to reform  Manohar while Madhavan takes responsibility for Ramu.

Years roll by; Madhavan achieves success in his construction business with the help of Pillai and becomes a rich man. Ramu (S.S. Rajendran) and Manohar (T.R. Natarajan) are in college. Ramu concentrates on his studies while Manohar indulges in many pleasures. Thilagam (M.N. Rajam), Pillai’s daughter loves Ramu.  Before dying, Thangam’s mother advises her to obey Madhavan always and never leave the house under any circumstances. Nair loses his tea business and  Madhavan appoints Nair as the cook for the family.  Pillai wishes to get Thilagam married to Ramu and both Madhavan and Thangam agree. However, Ramu disagrees, feeling he should first find a job and earn money.

One day, two ladies visit  Madhavan: his father’s mistress (Sundaribai) and her daughter Nandhini  (Lakshmi Rajam) bearing a letter from his deceased father. Madhavan permits them to reside in his old house. But embarrassed about his father’s past, he does not disclose the truth to Thangam. Madhavan brings Nandhini to work at his house and Thangam also accepts her as a  servant.  Nandhini complains about Nair to Madhavan’s tenant who alleges that  Thangam and Nair were in a relationship for many years. Thangam gets to know that Madhavan has bought jewels for Nandhini and gets suspicious about their relationship, but waits for him to reveal all.  Manohar who is jealous of seeing Ramu and Thilagam together requests Thangam to organize his marriage with  Thilagam to prove that she is unbiased. To prove it, Thangam convinces Ramu to sacrifice his love for Thilagam.

But Thilagam and Pillai refuse to her proposal. Nandhini abuses her emotional bond with Madhavan to spoil Thangam’s reputation. Thangam notices Madhavan and Nandhini inside a closed room and suspects their relationship. Both Madhavan and Thangam suspect each other due to circumstances and lack of communication between them.

Madhavan meets Pillai to learn what Thangam told him.  However, Pillai, who is tense with other matters, asks  Madhavan to get out as he does not wish to discuss the marriage proposal, blaming Thangam for her inconsistency.

That night, Thangam informs Madhavan that after twelve years of marriage, she is pregnant. Though Madhavan has mixed feelings about her pregnancy, good sense prevails and he shows his affection. Madhavan’s step-mother stages a drama and makes him take them to his home. Here, their atrocities increase, and both torture Thangam emotionally.  Manohar who is angry with Ramu decides to kill him. But Ramu says he will not oppose Manohar’s marriage plans and decides to leave to Mumbai for a job. Manohar visits  Thilagam and while she is preparing to go out, steals her diamond ring.  Shortly after that, Ramu visits Thilagam to bid her goodbye before leaving for Mumbai. Pillai files a Police complaint about the missing diamond ring. With a friend’s help,  Manohar drops the ring in Ramu’s shirt to shift the blame on him. The Police find the ring in Ramu’s shirt and Pillai is shocked but Thilagam does not accept it,  stating Ramu had no need to steal the ring as money was also placed in the same cupboard.

On returning home, Madhavan overhears  Nandhini and her mother discussing how they schemed against Thangam and succeeded in throwing her out of  home. Shocked, he realizes Thangam’s goodness and purity. Thilagam arrives with Thangam’s suicide note and she goes along with Madhavan to stop it. Madhavan stops Thangam and Ramu, who was trying to commit suicide and apologizes for his mistakes. A reformed Manohar confesses having stolen Thilagam’s ring and pleads with Thangam to return.  The Police arrest Nandhini and her mother for stealing from  Madhavan’s home. However, Thangam states it was gifted to them and gets them released. They seek forgiveness from  Madhavan and Thangam. Ramu gets married to Thilagam. 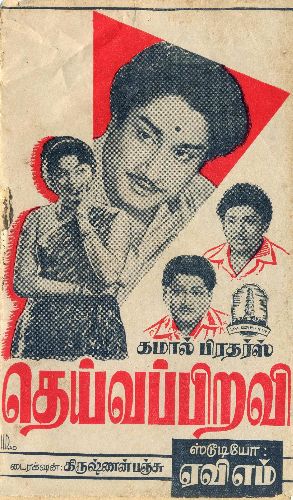 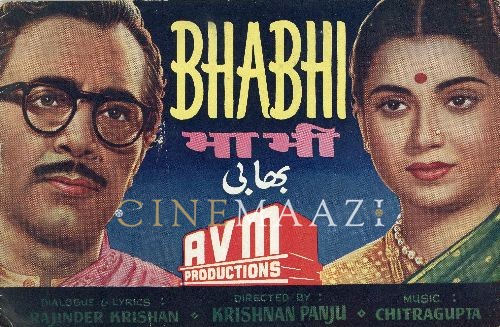 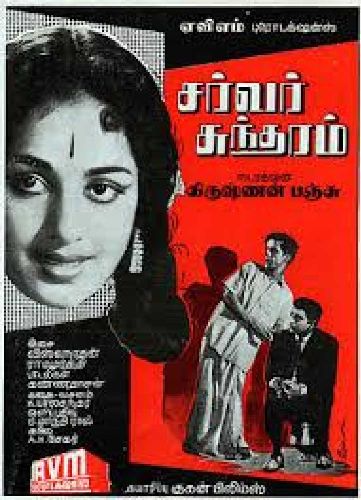