Chandra Bose alias Chandru (Kamal Haasan), a small broker at the Road Transport Authority (RTA) Office, gets driving licenses for people by taking bribes. He is supported in this work by Subbaiah (Goundamani). Animal care activist Aishwarya (Manisha Koirala) and Chandru are in love with each other. Sapna (Urmila Matondkar) is the daughter of the Regional Transport Officer (RTO). Her father promises to get Chandru appointed as brake inspector in the RTO if he runs errands for them. Hence Chandru works for the RTO's family as an unpaid slave, performing all odd jobs for his family members including Sapna, to the annoyance of Aishwarya.

Chandru's father Senapathy alias Indian (Kamal Haasan) is a 70-year-old man who kills top government officials (a Village officer, Police Inspector, and Corporation Commissioners) in an extreme attempt to weed out corruption from Indian soil. Krishnaswamy (Nedumudi Venu) is an Intelligence officer out to nab the murderer. Indian kills these officials after paralyzing them, using his knowledge of the ancient martial art "varmakkalai". From a varmakkalai expert, Krishnaswamy learns of this art and that some extremists used this expertise against the British before Independence. By scanning old newspapers and data, he zeroes in on Senapathy, whose profile matches the killer's.

Krishnaswamy reaches Senapathy's house incognito, seeking his signature on a recommendation letter, and learns that Senapathy was a freedom fighter. When Krishnaswamy is sarcastic about Senapathy's role in the struggle for freedom, his wife Amirthavalli (Sukanya) gets angry and narrates their past; Senapathy's rebellion against the British, killing of British officers, their marriage, his leaving for Kohima to join Subash Chandra Bose as a part of the Indian National Army (INA), his arrest by the British and his release after Independence, etc. When she completes his history, Senapathy arrives and signs Krishnaswamy's document as "Indian", accepting his role in the killings. When Krishnaswamy tries to arrest him, Senapathy paralyzes him and escapes with Amirthavalli. Chandru is appointed as a brake inspector and makes money through dubious means. Once he takes a big bribe to issue a no-objection certificate (NOC) to an old bus with faulty brakes.

Krishnaswamy gets back to normalcy with the help of an expert and intensifies his search. Senapathy murders a corrupt medical college dean ('Nizhalgal' Ravi) who refused to attend to Senapathy's daughter Kasthuri (Kasthuri) without a bribe when she suffered third-degree burns after a blast. Indian gets the murder telecast on a TV channel by interchanging the tape which was going to another country for the telecast. Chandru parts ways with his father because of his insistence on honesty; he considers these values to be dead and worthless in the current society.

Krishnaswamy interrogates Chandru about his links with his father. But after seeing the telecast, he leaves Chandru. Public support grows for Indian because he exposes and executes corrupt officials. Senapathy continuously evades arrest by changing the appearance of his vehicle. Meanwhile, the defective bus for which Chandru had given a NOC meets with an accident, killing 40 school children it was carrying. Chandru, who is held responsible for the killings, tries to evade arrest by creating new evidence of the driver being drunk and claiming it was a mere accident rather than brake failure. When he is personally trying to create this evidence, Senapathy reaches the venue and decides to give the same punishment to his son Chandru as he is also corrupt and responsible for the death of several children. A police official who was following Chandru locates Indian there and alerts Krishnaswamy. He comes with his force and after a brief encounter, Senapathy gets arrested. Chandru, who is relieved that he escaped death, says his father is mad and asks the police to kill Senapathy, making Senapathy more determined to kill his son. After his arrest, higher officials and politicians decide to kill Senapathy before he is produced in court as they do not want a person like him (who is creating a mass awakening on corruption) to remain alive.

Krishnaswamy, who comes to know of this, helps him to escape, takes him under his personal custody, and keeps him at his home till he can be produced in court. However, Senapathy escapes and reaches Chandru's house. Meanwhile, when Aishwarya comes to know of Senapathy's escape from police custody, she advises Chandru to leave for Mumbai for a few days for his safety, hoping that Senapathy will be arrested by then. Chandru reaches the airport. Senapathy comes to Chandru's house, comes to know of Chandru leaving for Mumbai through a phone call, and reaches the airport. When Chandru is about to board the flight, Senapathy catches and finally kills him. His vehicle meets with an accident; in the ensuing explosion, he escapes to another country. Krishnaswamy discovers through a video that Senapathy escaped moments before the jeep exploded. At the same time, he gets a call from Senapathy from abroad, stating that Indian will be back in the country when the need arises again. 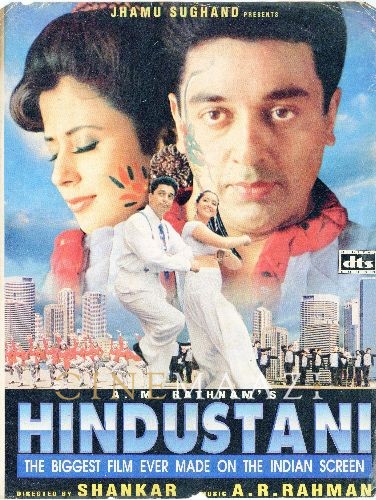 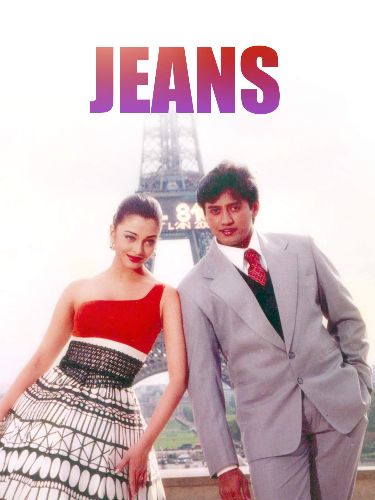