Rajkumar Singh (Suresh Oberoi) along with his wife Sapna (Archana Puran Singh) and five-year old daughter Minu, stays in the city. Too occupied with business, he can devote no time to his timber estate. Jagsish (Ranjeet), his estate manager who knows that Rajkumar has no time to look after the estate, joins hands with Parasnath (Raza Murad) to exploit and make money out of the timber estate.

Parasnath who is a smuggler, needed a safe place place for his activities. He chpse Minu Timber Estate, which the p[olice would never suspect, and decided to operate from there by making Jagdish a ten per partner in his business.

Despite trying to hide their activities from him, Rajkumar catches Paras and others red-handed with gold. His attempts to stop them result in shootout. Paras kills Sapna and wounds Rajkumar. He puts Minu, Billoo and Rajkumar in a small boat and tries to run away. But Khan Baba gives a valiant fight and shoots Paras. He manages to take Rajkumar to the hospital before succumbing to his injuries.

Meanwhile, the boat carrying Min has floated away and lands at a deserted island where Minu meets 8-year old Rajan. Rajan was on the island because the plane in which he was going to Japan along with his parents had crashed on the island. Rajan was the only survivor. Rajan and Minu became friends.

Meanwhile, Rajkumar, with his wife dead, has only one aim in life - to discover his daughter. He roams from coast to coast aided by Jagdish who wants gold worth Rs. 6 crore which he knows, is in boat that carried Minu away.
The other side of the island which Minu and Rajan inhibit is frequented every night by a deadly tribe from another island. They come here to worship and idol but detest visitors whom they kill instantly. Rajan who is aware of their existence, has not confided into Minu.

Ten years have passed. Minu (Saathi Ganguli) and Rajan (Krishna) have stepped into youth. Away from the civilised world. Rajan and Minu do not why god created man and woman differently. They cannot explain the sensation they feel on contact. But nature teaches them all - the way it did Adam and Eve. Rajan and Minu parent a child.

Thirteen years after they were parted, Rajkumar succeeds in locating Minu's boat. But as he steps on to the island, he is captured by the tribals. They prepare to kill him.

Rajkumar wants his daughter, Jagdish wants the gold. Each is doing his best to achieve his aim. But love triumphs in the end. 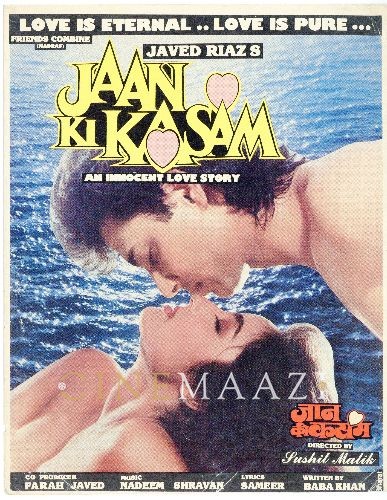