The enchanting atmosphere of Mahabaleshwar was a-hum with bees, songful with birds—loveful with youths. The scorching heat of the summer had driven hundreds of people to the soothing shades of this hilly land.

It was evening—calm and romantic. An aimless path ran before Jivan the youngest Barrister of Bombay, who had left his residence for a stroll. The place had a primitive charm, some indescribable heavenly beauty blooming under, perhaps a presiding deity.

Out of the depth of calm stoves and quiet trees, a lilting melody filled the air. Jivan was startled. He advanced looked about and beamed with a great surprise—a forest nymph—a vision of extreme loveliness, sat by a gurgling brook which seemed to complain of her unnoticed beauty. Simultaneously he saw a terrible serpent making its way to the singing beauty.

Jivan jumped and in another moment pushed her into the brook. Thus Jivan met Lata—Lata, the Barrister—Lata, the dancer of international fame. Lata —the darling of millions of abroad. She saw Jivan. Jivan saw Lata. His youth called to hers in every staring glance. Lata liked her savior. A feeling hitherto unknown over: powered both. They talked, they laughed, they strolled, they departed. Neither of them asked about name, residence, business—They say, it never occurs to those who are in love. And every day they met and talked, and departed with greater thrill and greater throb than they enjoyed any previous days. But It was evening. Jivan attended a party- The guests invited were spell-bound by the graceful movements of a dancer whos every gesture, every move every glancee described unearthly things to the eyes and hearts of the guests. The dance was at its height. The guests were under the complete charm and Jivan came.

At the very first sight of the dancer, blood rushed to his face. His eyes burnt with contempt and shame. He rose and went away. The dancer was Lata. His own beloved. His beautiful dream, his happiness. All family pride that was suppressed, all family prestige that was with him, all social respect that his barrister father exacted from other people seemed to be crushed down in utter humiliation. How could he believe, and believing endure the fact that the beloved of a scion of a most reputed family was but a cheap woman—a street woman, the fallen and rotten womanhood?

He hated his own self and Lata with all his quick emotions and before Lata could come and explain her own state, or the state of the things he departed—yes, departed forever.

Lata stood in mute silence. And the days passed on. Immediately after her arrival at Bombay Lata made futile attempts to find out the whereabouts of Jivan. She was sorely disappointed. Without Jivan her life had lost all its meaning—it was dark, stark dark.

And Jivan! He tried his utmost to forget what he could never forget. Morning, noon, evening, day in day out, he remembered her, hated her, and—loved her. He remained almost in a state of forgetfulness. The acure was reached, when one day, instead of defending his client before the Supreme Court, he pleaded otherwise and sent the poor fellow to jail. The whole court laughed at the foolishness of the barrister—son of the barrister, father, Mr. Modi.

But Fate intervened. They met in a strange way, a very strange way ---

It was evening. Jivan was driving his car while his mind was deeply engrossed in Lata. His hands lost control, the car dashed astray a dangerous accident! Fortunately, Lata was passing by that way. She saw her Jivan and hurriedly brought him to hers.

When Jivan opened his eyes, he was in the hands of Lata. He stared—stared at her and could not recognize. He had lost his reason. Lata got Jivan but a lost Jivan.

There was only one possible hope. As suggested by Doctor, Lata began to narrate the events that took place in England while she was with her rich father—Sir Rashnikanta. Devki, a famous dancer who was in private, kept the mistress of Sir Rashni-Kanta attracted Lata towards dancing. In a very short time, she mastered the art and attained international fame. One day while she was giving one of her best performances in the leading theatre of London, his father was run over by a reckless youth. He died of the accident.

The last sentence gave a curious shock to Jivan who at once jumped up in the bed. He was thoroughly alarmed. Slowly he got back his memory—his reasoning. He got back too, his Lata.

He asked her father's name, her London residence, and other details. To the extreme amazement of Lata that reckless youth turned out to be Jivan himself. All bitterness and all hatred melted and evaporated in a fraction of a minute. Jivan remained tongue-tied as Lata proceeded with ensuing events—as to how she was maltreated by Devki, made completely dependent, and how she earned money and fame on Latas' art and charm. She explained too, why there was no go for her except to work and remain a pure slave in disguise. But---

Well, then followed a series of incidents. Mr. Modi turned his only son Jivan out of his house as he was determined to marry a dancer while Devaki sent some tough-guys to end the life of Jivan as he was prepared to snatch Lata away from her. Incident followed incident and the lovers tried their utmost to win the sympathy of their respective guardians but, to no purpose.

And Devaki did what she was apt to do. She found Jivan in Lata's room. Taking out a revolver she fired. She missed her aim and hit Jivan's father who had just dropped in to talk to Devaki.

Devaki, the merciless devil got Jivan arrested on the charge of murdering his father. Then ---  court --- barrister --- pleading! The case was the sensation of the town. Death was before Jivan. But Lata remained undaunted. — What happened then? That's exactly what we do not want to divulge. 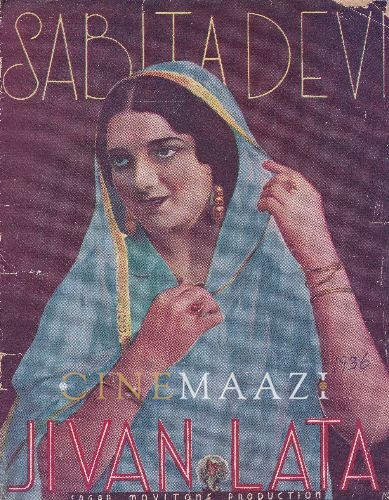 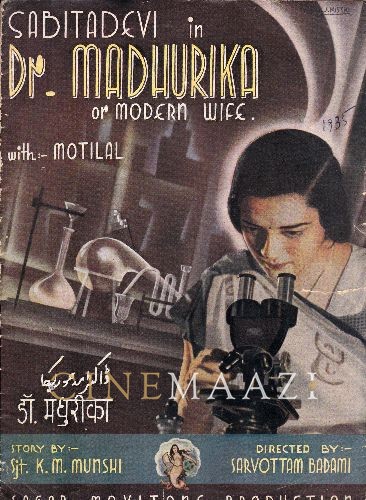 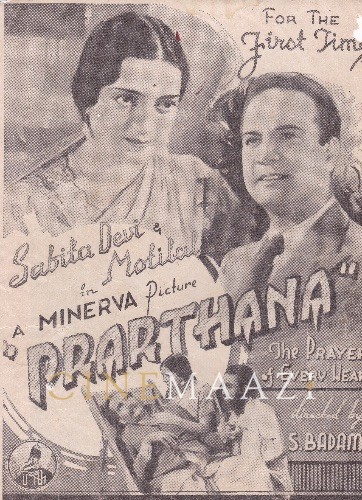