Gautamar or Gautam (Vijaymohan) is a revolutionary artist and photo-journalist. The newspaper editor rejects his attempt to present the true happenings in society and he leaves the job. His friend persuades him to conduct an exhibition of his paintings. He gets many appreciations and also meets Arundhati (Poornima Jayaram), a Bharatanatyam student there. Arundhati is planning to stage a classical ballet on Nandanar, a 10th century Dalit saint. Gautam suggests that it is better to represent it in folk art form than the classical dance form. They undertake a voyage to Kilvenmani village, in interior Tamil Nadu in search of Thambiran, an aged exponent of Theru-Koothu (street play), a dying folk art form.

They reach the village and stay with Rajarathinam or Raja (Calcutta Viswanathan), a rich landlord. At the village they meet various characters Vairam (Jaishankar) a tea-shop owner, Valli (Jayamala) Vairam's pregnant wife, their daughter Amudha, Kaalai (Rajesh) a blacksmith, Papathy (Subathra) a village beauty working in Raja's house, and Pakkiri (Ravinder) a mad minstrel. Gautam and Arundhati find themselves embroiled in the lives and struggles of these rustic characters. Vairam and Kaalai stage a battle with Raja demanding higher wages for workers, which disturbs Gautam and Arundhati.

Thambiran agrees to help them stage the Theru-Koothu in Nandanar. Meanwhile, Raja angry with Vairam's activities sends the Police and his workers to destroy his tea shop on the grounds that the shop has encroached, the temple land. Kaalai takes Vairam and his family to his house. Gautam gets angry at the injustice and talks to Raja and Raja tells him not to interfere in his village affairs.

Papathy desires to be photographed and Gautam takes her picture for which Raja's goons hit him. Gautam and Arundhati leave Raja's house and stay with Thambiran. Gautam gets a new perspective for the Nandanar story based on the happenings in the village and they develop a new Theru-Koothu based on Raja's atrocities.

Vairam is abducted by Raja's men and by the time Kaalai and villagers gather to meet Raja, he leaves the village. Gautam convinces Papathy to join the villagers' struggle and she reveals that Vairam is being kept at Raja's rice mill. Kaalai and other villagers rescue Vairam.

Raja employs workers from other villages on his farm. Vairam and Kaalai try to stop it when Raja comes with the Police. Kaalai in anger beats Raja and the Police arrest him. The lawyer (Charu Hasan) gets bail for Kaalai and suggests taking police protection which they both refuse and while returning to the village, they are attacked by Raja's goons and Kaalai is killed. Raja takes police help and manages to brand Kaalai as a Naxalite who died while making a bomb. The village cemetery refuses his cremation and Vairam cremates him outside the village.

Raja complains to the Police that Vairam, Gautam, and Arundhati have entered his house illegally, stolen the food grains, and tried to kill his mother. An arrest warrant is issued against them. Valli develops labor pain and Kaalai's mother attends to her. Raja's goon tries to molest Arundhati who is on her way to Kaalai's house and she is saved in time by one of the villagers.

Raja's goons burn Kaalai's but and Pakkiri saves Vairam's family. Vairam and Pakkiri take on Raja's goons and kill them and police arrest them both. The entire colony burns down. Pakkiri promises to return and continue the revolution. The next day, when a happy Raja is walking in the fields, Papathy hugs him and then stabs and kills him, as revenge for spoiling the life of the villagers. 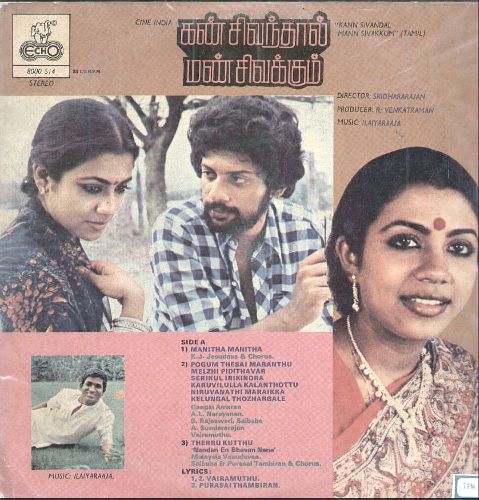