Goutam and Ajit are bosom friends and brave army officers. They are reliable, faithful, loyal and patriotic to the core.

To Ajit love was something natural and spontaneous as fragrance to flowers. For him love had no reasons, something beyond all logical calculations. Being sentimental, he just loved and rejoiced..... Goutam on the other hand was self-conscious and calculating. For him a love which cannot be explained rationally and logically, is not worth cherishing at all.

Love came to Ajit but he could not embrace it forever. He has to cut it short to join the war. Ironically, the same war which deprives Ajit of his ladylove-Madhuri, brings Goutam on the threshold of a new life of love and refreshing beauty... unexpectedly! Wounded terribly in war, he is tended b Gauri tenderly...! Goutam who was sinking into the gloom of unbearable pain, woke up to an exhilarating delight of day dream of beauty and bracing warmth of love which Gauri poured on his soul, fully healed, he leaves with a promise to come back. But on his return, he finds her brutally murdered, maimed and raped. His life-dream was shattered forever. Another causality hit his way. On reaching back to his camp, he discovered, to his horror, that his friend Ajit is also dead. His heart bled. These to tragedies left an indelible impression of his heart and spirit and he consequently became deaf to the cries of love.... forever. Lost Ajit and Gauri both..... a tragedy too deep for tears for him. The ceasefire declared, Goutam returned home, empty handed and shattered - the condition which was too shocking to his mother who could not afford to see her son crazy and off-key! He was pressurised into marriage. Ironically, he got united to Madhuri, the beloved of his bosom friend Ajit. Madhuri, on the other hand having lost all hope of Ajit returning, was also forced by her father to marry.... Goutam. Thus, two alien met each other with nothing in common with them except the formal bonds of marriage. The lived together in the present but their hearts were lost in the thrilling memories of the past which haunted them like a passion..... But time passed and with it the freshness of the past love too. With understanding, they moved closer to each other bit by bit.... for the consummation of sacred union! But the fate had different designs for them.

As Goutam and Madhuri were about to get settled to the bliss of married love, Ajit appeared on the scene... from the blues.... With this...... the wheel had turned full circle for all the characters involved in the drama of love, enacted by destiny for them... Goutam is overjoyed to see long lost friend Ajit whom he introduces to his wife - Madhuri. She faced him but how? What was her reaction to the baffling situation created by the unexpected entry of Ajit - her lover in her married life? Sacred bond of married life with husband or unbridled freedom of romantic love with lover? Was love a seasonal commodity, a matter of whim, caprice, mood convenience or her life breath? Has the sacred, glorious hues of Mehndi become, suffused eternally into the hues of her life or it remained only a superficial layer - a sensonal ornament! Film Mehndi could give you the final answer! 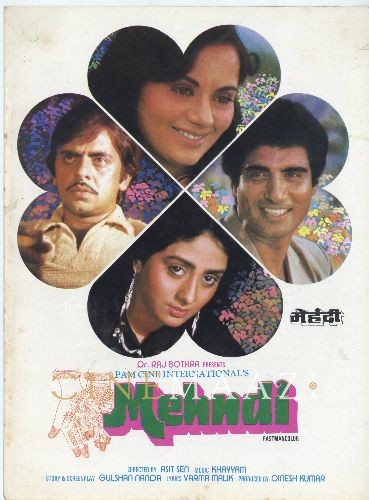 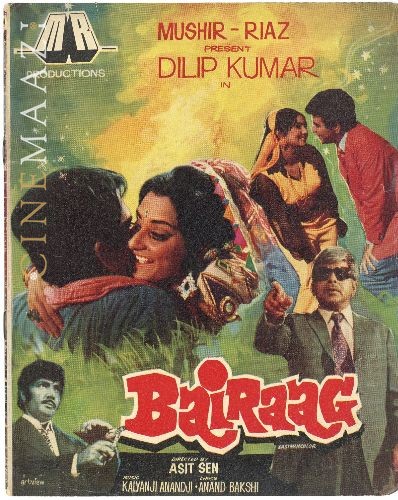 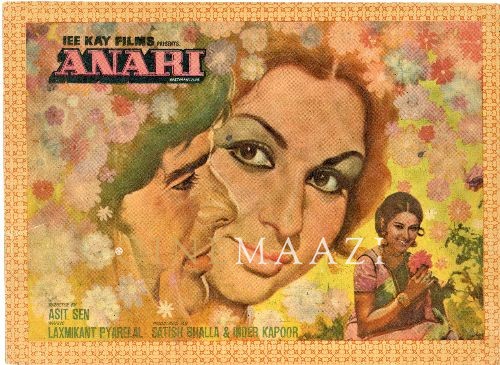