CHOWPATTY: The most exciting of Bombay's boulevards, where the cross currents of life constantly mingle and part, scene of a thousand tragedies, scene of a million dramas....

They become friendly, but all are homeless! Gul Yar Khan brings them to a "Musafir Khana). Prakash and Francis ask the "Pathan" to "Muska Lagao" the boss of the concern, where he works as Watchman, in order to get them jobs. The "Pathan" literally does so, and is promptly sacked.

Earning a living becomes a problem for the homeless trio! They invent a hair restorative prepared by themselves! Their first customer is Seth Mansukhlal (Gope). Prakash falls in love with Sethji's daughter Mala (Shyama). The hair restorative, instead of growing her father's hair removes even what he had already. The Seth wants to hand him over to the police but Mala persuade Sethji to lock up Prakash in their servants' quarters for 40 days until the second application of the hair lotion bears fruit.

Sethji leaves town on business while the romance of Prakash and Mala develops! Meanwhile, "Pathan" and Goan undergo hilarious adventures. A rival of Francis named Williams (Amar) for Mary's affections appears on the scene. In trying to get rid of him both the friends are arrested.

Sethji returns and finds out the deep rooted romance between Mala and Prakash. Enraged, he wires his friend, a Rai Saheb of Delhi (Badri Prasad) asking for the immediate marriage of his son Ashok with Mala.

Does Sethji allow his daughter to marry the man she loves? Does Francis lose his Mary to the other man? Does happiness come to the "Pathan?" These answers are provided in a thrilling, unexpected and hilarious climax which brings "Musafir Khana" to one of the most enjoyable endings. 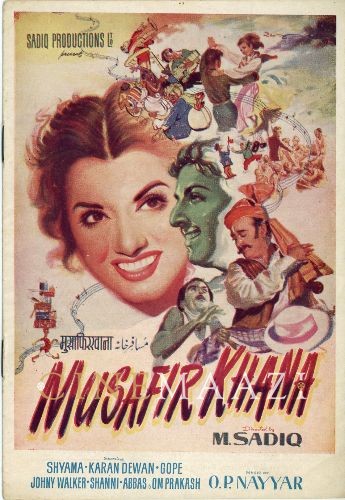 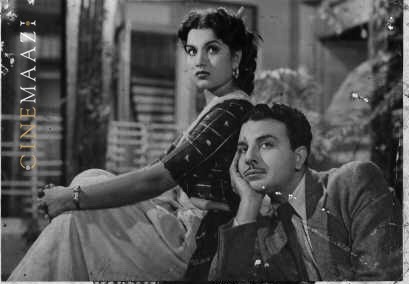