The first turning point in the life of Subhas Chandra Bose came when he was a student of Presidency College, Calcutta. One day, the students of that College had gathered to celebrate martyr's day, Professor Oaten asked them to disperse. When the students refused, the English professor started abusing and insulting the Indian students. The students became restive and gave a good beating to their detractor. Subhas was asked to name those students but he refused to betray his fellow-students and had to face rustication from the college.

Subhas' father, Rai Bahadur Jankinath had dreamt that his son would, one day, become an ICS Officer. When he heard the news of his rustication, he was shocked and disappointed. To please his father, Subhas did his B.A., went to London and passed I.C.S. examinations, standing fourth in merit.

Those were the days when India was in a great ferment. An angry nation was protesting against the infamous Rowlatt Act. The Jalianwalla Bagh massacre had shaken the conscience of the whole nation.  Mahatma Gandhi launched his non-cooperation movement. How could Subhas resist the call of the Mahatma?  He resigned from the I.C.S., even against the wishes of his father, came back to India and plunged head­long into the nationalist movement. Mahatma Gandhi directed him to Deshbandhu Chitranjan Das who left an indelible impression on Subhas and became his virtual Guru.

Subhas was soon arrested and sentenced to six months' imprisonment. On hearing the sentence, Subhas said, "Only this much? Have I stolen a chicken?"

During his tenure, Subhas introduced many important reforms and earned jealousy of the British administrators. Soon, a new Act was passed and Subhas was arrested without a warrant. Later, he was sent to Mandalay Jail in Burma where the horrible conditions and inhuman treatment meted out to him shattered his health and he contacted T.B.

Subhas' father now realised the hollowness of loyalty to the British and returned the tittle of Rai Bahadur in Indignant protest.

By now, Subhas had become the symbol of the resurgent India. He represented and reflected the rising aspirations of the youth of the country. Twice he was elected the President of the Indian National Congress. During his second term, some serious ideological differences developed in the leadership of the Congress and he had to resign. He then formed the Forward Bloc, a revolutionary platform within the Congress.

The British Government once again arrested Subhas and put him behind the bars for the eleventh time. This time, Subhas went on a hunger strike unto death or release and the alien rulers had to yield. Subhas was released but asked not to leave his home. Subhas went into a voluntary solitude and declined to meet anybody. One day, he had to appear in the Court and when the police opened his room, he was not there. Subhas had escaped.

Subhas started on his Odyssey. Facing unsurmountable hurdles, passing through the British dragnet, now hiding, now disguising, hurling defiance at the enemy and winning support and affection of loyal friends, Subhas Bose ultimately reached Germany via Afghanistan on an Italian passport. He started Azad Hind Radio and Indian Legion and continued to infuse a new hope among the Indians. Subhas, however, declined the offer of military assistance from Hitler.

Subhas developed  his  own  strategy  for  the  final  assault  on  the  citadel of slavery. He shifted his theatre to East and South East Asia, travelling in a submarine through treacherous waters. He received a hero's welcome in Singapore where he formed the Azad Hind Fouj and a Provisional Government of Azad Hind.  Subhas Chandra Bose became the First Head of Free India.

Subhas Bose, now 'Netaji', declared war against the British Empire. He led the troops on the Burma Front. He fought several battles, won many of them and liberated a good chunk of Indian territory.

But fate had something different in store. Monsoons broke out a month earlier and shattered the dreams of INA. Even the imminent fall of Imphal seemed a far-cry. Supply line was cut.  Equipment and ammunitions went short. And above all, Atom Bombs were dropped on Hiroshima and Nagasaki. Japan surrendered. But Netaji didn't lose heart. He said "Atom Bomb can kill our bodies, but it cannot kill our ideal - the ideal to liberate our motherland. We shall die, so that the nation may live.  A martyr's blood is seed of the church". He decided to fight unto death. But his commanders in great anguish forced him to stay behind and leave the front. They said - "Your life is not your own. It is the wealth of the nation in trust with us. We shall never allow you to die like this. You have to find another road to Delhi.  It is yet you alone, who could liberate India".

What happened next is shrouded in mystery. What is known is this that India became free on 15th August 1947, that the Tricolor waved proudly from the ramparts of Red Fort and the whole nation reverberated and re-reverberated with that great salutation: JAI HIND, given by our beloved Netaji. 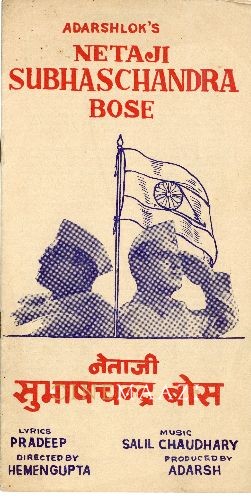 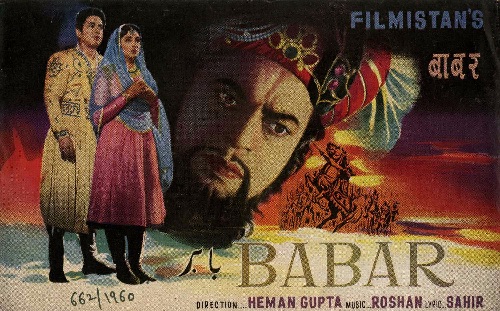