Stealthily, like the first rays of the morning sun, youth crept in on Rajni...Suddenly it was spring, the awareness of which was awakened in her by her encounter with Kant. It was an encounter that was to bring love in its wake, an engrossing emotion. Rajni and Kant were virtually lost in each other. But, for Kant, love was not all his world. He was fired with the zeal to become a true journalist. When he received a call, therefore for the completion of his training in Nagpur, he tore himself away from Rajni, promising to return after three months. Sentiment was subjugated by a sense of duty.

Just about then the wife of Mr. Roopchand (who was Rajni's late father's partner) passed away suddenly. This was a sad blow to Roopchand, and unable to recover from it he decided to relinquish the world. He handed charge of the affairs of their mills to Rajni's mother, poor, helpless soul herself, and arrived in Bombay, preparatory to going into retirement.

But when he got a glimpse of Rajni, who had a remarkable resemblance to his wife, his resolve went completely overboard. Life began to have an overpowering fascination for him. When Rajni suddenly took ill, the powers that be provided Roopchand the opportunity to be of service to her. He was so taken with her that he would fain have remained by her beside forever and ever. Her illness was caused by an ordinary ailment, but Roopchand (prompted by a crony of his) had her believe that it was a grave illness that would take years to heal; his motive in doing this being to have her with him for some time longer. The upshot of all of it was that Rajni, apprehensive lest she infect Kant with her disease, refused to marry Kant.

The unrequited lover, dejected with life, betook himself to the war front, as a war correspondent. Soon after he lost his eyesight as the result of shell shock.

Was that, however the end of his story?

Were Rajni and Kant, who had met at the crossroads of life and had been parted, never to meet again?

The screen holds the surprise denouement for you, the fitting climax to a story the like of which we are sure, you have never seen before. 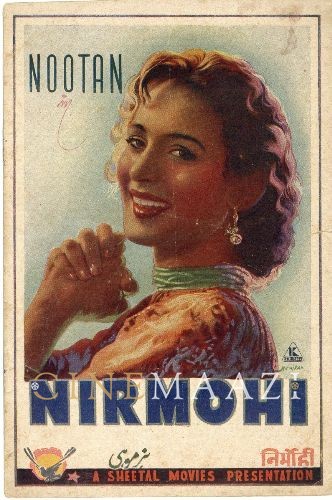