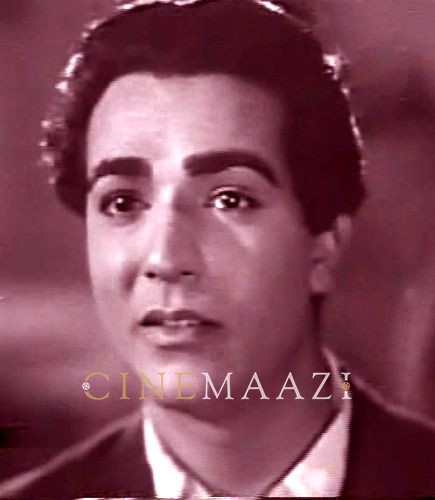 A gentleman and sober actor of Indian cinema, Amarnath Bhardwaj, popularly known as Amarnath was born on October 13, 1923 in a Punjabi Brahmin family of Hafizabad (District of Gujranwala, now in Pakistan). However, some sources indicate his date of birth as October 23, 1925. He grew up as a very handsome and tall young man, who fitted the mould of a film star. He passed his matriculation and got a job in a bank. Since his childhood, he dreamt of being a hero and he left the job of the bank job to pursue his dream career in films. He got the chance to play the role of an “extra” in Roop K. Shorey's film Shalimar (1946). His first film as a hero was a Punjabi movie Kamli (1946) produced by Thakur Himmat Singh.

In 1950, he was roped in by Jaggi Ramapal to act in the Punjabi film Mutiyar. Ghazal-king Talat Mahmood made a debut in Punjabi cinema with a beautiful ghazal Ae gham mujhe jaane de in this film. His next Punjabi film Posti (1951), directed by K.D. Mehra, was a box-office bonanza. Amar Nath played the role of village post master, who fell in love with the village belle Shyama, while another beau Manju was also after him. He played the stellar role of Munshi opposite Manju in Vanjara (1954). Sardul Kwatra scored musical hits like Charkhe diyan ghookan ne, Maraan kandhaan ute leekaan, Wasta e pyar wich wichhod etc. which were instrumental in making the film a smashing hit. Amar Nath enacted the role of Patwari Ramdas opposite Shyama in the Punjabi film Lara Lappa (1953). Next year, Amar Nath was paired with Begum Para in PS Picture’s musical hit Ashtalli (1954). After playing the lead roles in these Punjabi movies, he remained away from Punjabi Cinema for almost a decade. In the last phase of his illustrious career, he played the role of a police officer in Dara Singh’s Jagga (1964).