A Brahmin widower, Shankara Sastry ('Poornam' Viswanathan), has a talented young daughter Gayathri. He is apprehensive about her future studies because of the reservation policy, which offers limited seats in higher studies for upper-caste Brahmin people. He seeks advice from his close friend Devasahayam (Charu Hasan), a Tahsildar. The Tahsildar who belonged to a very poor family got proper education and rose to this position because of the help rendered by Sastry's father. Out of gratitude, he devises a method to help Gayathri. He prepares a false certificate showing Gayathri as Karuppayee belonging to an Adi Dravida Community and as an orphan. He issues the certificate under the reservation policy of the Government for the benefit of 'backward communities'. She gets admitted into a backward community development centre and grows as an orphan. On the basis of the false certificate, Karuppayee gets admitted into college and then becomes an I.A.S. officer. The witness to this entire arrangement is Anthony (Vinu Chakravarthy), the Tahsildar's brother-in-law.

Twenty years later, Karuppayee (Lakshmi), who has excelled in her work at Delhi, is sent by the Prime Minister as a Special Officer for flood relief operations to develop Annavayal village. Her father, Shankara Sastry happens to work in the same village as Block Development Officer and both of them pretend not to recognize each other. Karuppayee takes her work seriously and improves the living conditions of the village and the people hold her in high esteem. She goes to the extent of adopting her maid, Devayani's (Manorama) ailing son Pandian (Khaja Sheriff) as her son with all rights over her assets. She also gets the approval of Rs. 100 lakhs for constructing a dam to stop floods in the village. The contractor Kamalakannan (V.K. Ramasamy) pitches for the contract and as in the past tries to bribe her. But Karuppayee refuses and shuts him out. He gets angry with her and waits for an opportunity to teach her a lesson. After the death of Devasahayam, Anthony comes and stays with his aunt in Annavayal, and leads a reckless life of drinking and horse racing. One day by chance he recognizes Karuppayee as the young Gayathri and starts blackmailing her and threatens to reveal her past and extracts money frequently from her. Karuppayee is totally disturbed and loses her sleep. Perumal (Charlie), a peon in the office notices the control Anthony is having over Karuppayee. He informs this to Kamalakannan's assistant Kalidas (Senthil), who tells this to Kamalakannan. Kalidas brings Anthony to meet Kamalakannan and they offer him drinks and cash of Rs.5,000/- as advance and assure a further sum of Rs.50,000/- to get the contract approval from Karuppayee. Anthony meets her and demands her signature to assign the contract to Kamalakannan, with an assurance not to trouble her in the future. Karuppayee refuses and Anthony gets angry, threatens and gives a week's time, and leaves.

One evening when Anthony visits Karuppayee's house, he is confronted by Shankara Sastry who beats him up for blackmailing. Anthony threatens to reveal the facts and take revenge. Later he dies of a sudden heart attack before which he informs all the facts to Kalidas and also sends a letter to the Government. Kalidas shares this with Kamalakannan, who decides to take his revenge by revealing this to all.

Upon preliminary inquiry, the Government suspends both Karuppayee and her father, and eventually, they are put on trial in the Court. Karuppayee argues the case on her own without having any lawyer. The people of the village go on a 'fasting till death' demonstration in a peaceful manner for her release in front of the Court. They also send petitions to the Government demanding that she be restored to her job as she has done so much to the people there.

Karuppayee and her father admit to having obtained the false caste certificate but attribute it to the Government's reservation policy in higher education on a caste basis. Karuppayee argues that she should have been given the opportunity based on her merits rather than the community she belongs to. She and her father contend that some politicians are exploiting the caste consideration and that would be detrimental to national integration. They also argue that the reservation policy should not be based on caste, but should be on economic backwardness to take care of the poor. However, the court does not accept their argument and states that the law cannot be taken into the hands by citizens and pronounces that though their purpose is genuine, the process followed is illegal. Hence, it suspends and jails Karuppayee for three years. 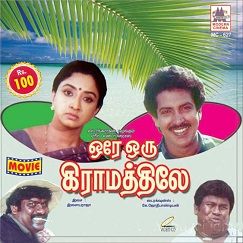